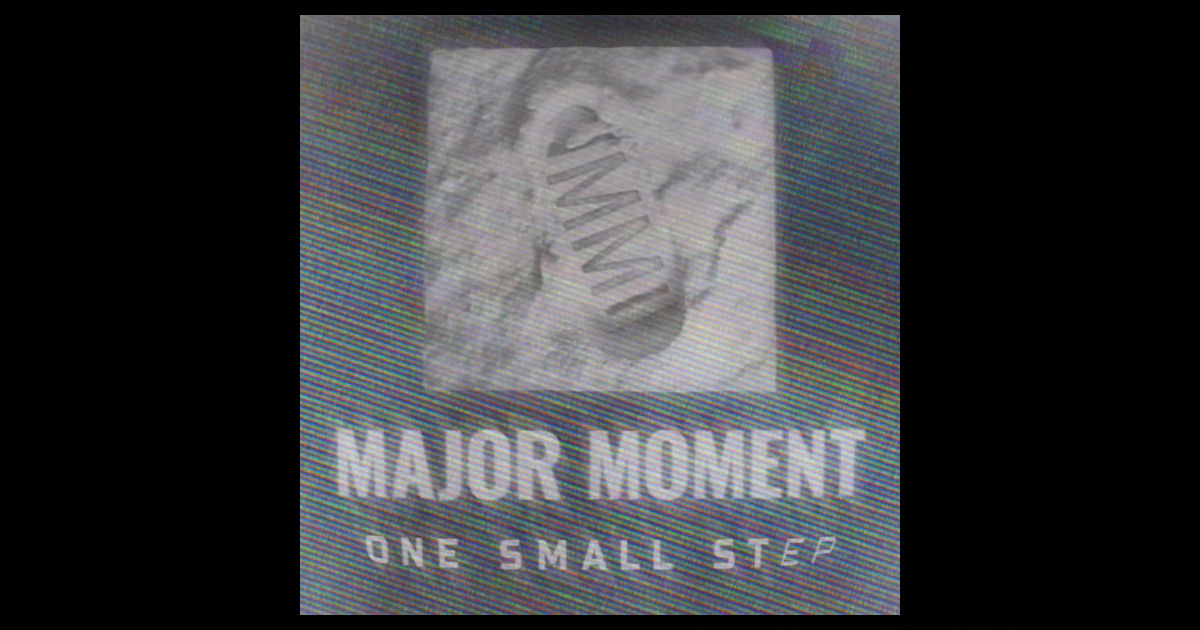 Stoked to have this band back in the mix so soon!

If you can remember all the way back to a whole ten days ago, you’ll likely remember the band Major Moment from our review on their tribute to Chester Bennington of Linkin Park with their cover of “Leave Out All The Rest” – which was beyond awesome to say the very least – read the full review here.

A lot could be inferred from that first experience – the intense skill-level of the band overall for one, that was on display left & right all throughout that last single, and I even went on the SBS Podcast to talk about Major Moment & spin the song on our latest episode to help illustrate the point.  It went beyond merely amazing song selection & good taste – the band from Boston went on to prove that they not only understood the source material, but that they had a genuine connection to the music Chester made.  You could hear it from the amount of heart & soul they put into every second of that flawless cover.

And though it’s rare…sometimes you can hear a song so strong that you know the band creating it is going to be on completely solid ground thereafter.  Even on a cover tune…heck, perhaps that’s part of what made Major Moment so noticeable; they’d taken on someone else’s song and were STILL able to show just how much of a genuine connection they had to the music – all the point where you know beyond a shadow of a doubt that they’ve got what it takes to make their own songs just as killer.

I’ve always been a Linkin Park fan…but I’ll fully admit, I’m uber-familiar with about 50% of their catalog and 50% I’d have to look up to make sure I knew what song I was listening to.  As many of you already know, I try to do my research on these reviews – and of course, I wanted to make sure that I was actually listening to an original on the new single from Major Moment this time around…so I looked it up to double-check on myself.  FUN FACT – did you know there’s a song on the Transformers Soundtrack that’s also called “Before It’s Too Late?”  It’s by the Goo Goo Dolls and no, it’s not the song we’re listening to here in review today.  But!  OTHER FUN FACT – did you know that same song shares the set list with “What I’ve Done” by Linkin Park?  That was the song they actually used in promotion for the movie.  Anyhow – there you go…that’s something for your Major Moment trivia night…might just be a free beer in your future someday just by knowing that knowledge right there – you’re welcome.

The main question I had with “Before It’s Too Late” before listening was – well…what kind of band IS Major Moment anyway?  You can infer and assume a lot from a cover of course…but confirmation is still required even in the best of scenarios…in this case, as in, are they really as awesome as we thought?

I believe the answer is absolutely YES…and you’ll hear that confirmation of talent without question on their new original tune, in my opinion.  Much like the production/performance combination on “Before It’s Too Late” – there’s not a thing I’d change about this song or the way that Major Moment has approached it from any angle.  Well…I might bring up the background vox of Alexandra Razumova’s vocals more…but I’d probably always argue in favor of that…that’s just me being a big fan of her voice.  But that certainly ain’t to say that Andrey Borzykin isn’t holding his own on “Before It’s Too Late” – I said I’d listen to him sing every name in the phonebook before and I stand by that comment – he’s got a great vocal style that’s clean & clear, full of tone & emotion, and that comes across powerfully on the brand-new single.  I think he nails the verse of “Before It’s Too Late” remarkably well – and then there’s like, the chorus of course, which is a whole other animal of energy…and for such a gentle voice that has the ability to smooth-out so consistently, I think hearing him kick it all into another gear and add some seriously vibrant power to each note in his performance really says a lot about just how capable he is.  It’s not like he starts screaming or anything remotely like that…you can just audibly hear the difference in how he has to sing the verse versus the chorus is what I mean…he can get through that verse with a more relaxed tone, but each line of the chorus actually requires full-power, whether or not it all still comes out sounding fairly chill or not – it still takes a tremendous push to get the right tone here.  I have no complaints when it comes to all this, only accolades…even though as a singer (somewhat lol) myself I can understand the effort it takes to sing this part, I didn’t feel like Andrey let you in on the effort it takes, making the experience come out sounding perfectly natural, even when going after the biggest notes.  There’s no strain in this band from the music to the microphone in Major Moment.  Alexandra is in there…it’s tight in the mix in that respect, but you can hear her & the essential contribution she makes to the Major Moment sound by adding in the strength to the backing vocals along the way.  Call me crazy if you like…but I still have this sneaking suspicion that this band has a major asset in Alex’s voice that they’ve yet to fully put on display…she always plays a strong role it seems, but I still have this feeling like Major Moment has big plans to bring her even more into their music in the future.  We’ll see.

Where I felt like “Before It’s Too Late” really succeeded was in the guitar department this time around – I think there’s some completely excellent stuff happening here in this band in that respect.  Andrey takes the rhythm and holds that down perfectly, while Gabriel De Mattia De Oliveira takes the lead; and the result of having rhythm you can rely on allows Gabriel to really soar throughout this song with key contributions and hooks supplied through the instrumentation that count for just as much, if not more-so, as to the reason why you’ll return to listen to this song again & again.  Straight-up, I found the musicianship on “Before It’s Too Late” was awesome – the solo heading towards the 3:30 mark, which stretches out right to the end of the song, is an incredible fit.  Solos like this are truly insightful; rather than take the entire spotlight away from the song and put it onto the player, Gabriel knows better – he can still confidently own his moment while still furthering the music & sound, taking the tones, mood, & attitude we hear on “Before It’s Too Late” to brilliant heights as this single plays on to its final ending.  So instead of a ‘solo’ where the band entirely disappears, you get a style that brings the melody of the music to the forefront exceptionally well; the rest of the band still shines just as brightly, but you get like, more bang for your buck here as they all rise to support the instrumentation of the ending in this tune.  But you probably get what I mean…he’s not grandstanding here…Gabriel’s complementing the overall idea perfectly with how he plays this – and even in the most intricate & complex moments of his solo at the end of “Before It’s Too Late,” it’s still furthering the adventure of this song & never taking away from it.  Personally I think that the instrumentation and the hooks of the music are wickedly strong – that main riff is a completely powerful guitar-line and continually grabs you whenever it shows up.

Strong songwriting, solid execution…part of me thinks it’s maybe a little sleepy in its overall vibe, but “Before It’s Too Late” still retains a magic that pulls you right in.  Like as in, how often would you describe a song as a little sleepy and STILL come to realize you’re on your like, what, fiftieth spin of the tune in question?  So maybe replace sleepy with comforting…or like…chilled-out even; there’s plenty of spark in the inspiration of “Before It’s Too Late” and instrumentation – but the structure itself rolls along in an inviting way that’ll keep you listening over and over, long before you realize just how many times you’ve listened and how easy it actually is to listen to this tune on repeat.  So maybe that’s not sleepy at all…maybe that’s just the way things should sound and everything’s come out just as it should; if it was truly ‘sleepy’ at all, I suppose I’d just turn it off…and we’re a long, long way from that point.  We’re still in the turn-up phase with this single & with Major Moment overall – I think this band is off to a fantastic start and have all the right pieces in place; they’re more than impressive on this original tune of theirs and completely confirm that no matter what song or style they take on – it’s always worth listening to.

“Before It’s Too Late” comes from their upcoming EP called one small stEP – make sure to find out more about Major Moment at their official Facebook page:  https://www.facebook.com/majormoment

Tags: Before It's Too Late Major Moment Singles sleepingbagstudios