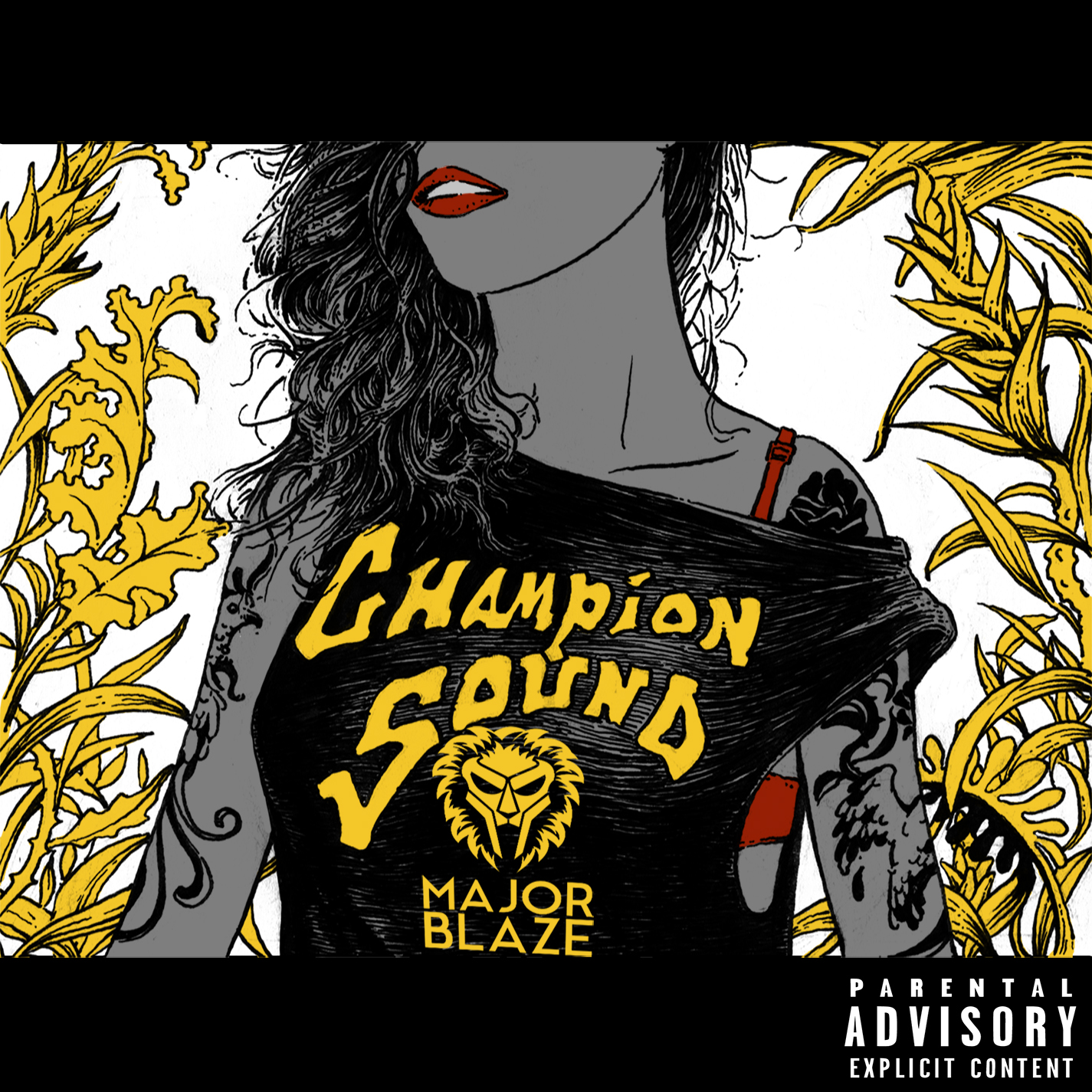 I have to admit…with a name like Major Blaze I was expecting a lot more songs about puffing blunts than love-songs…but here we are…in the middle of my own preconceived notions. Instead with a wild fusion of reggae, dance-music and a bit of rap & R&B infused into his sound, Major Blaze weaves his style through multiple tempos and tight ideas intensely produced on Champion Sound.

Recruiting the assistance of three producers over the four tracks, K-Beatz steps up as the repeat-guest and takes controls of the first cut, “Take Your Love.” I’ll put it to you this way…anyone out there thinking that current-fascination Omi has like…ANYTHING to offer music…first of all, you’re sadly mistaken – secondly, why wouldn’t you listen to something like what Major Blaze is creating – at least this guy is in-tune, definitely understands what a hook is and can actually write a dynamic song that doesn’t sound like nails on a chalkboard. The concepts behind the style & fusion of the music these two artists make would look extremely similar in intent on paper…but in delivery, something like Major Blaze wins hands down. “Take Your Love” sets the energy & pace off in the right direction…but Major Blaze has just set the spark in this opening…and this Blaze is about to get a whole lot bigger.

“Is This Love” has incredible rhythm & groove and an extremely smart beat. Instantly sounding intense and dramatic through the music, “Is This Love” is produced by Colin Taylor; this cut uses massive low-end beats & bass-rhythm amongst repeating string-sets for a maximum effect. Somehow…as if Major Blaze wasn’t supplying enough electricity through the vocals on his own…he’s got the assistance of Unika Ruby on “Is This Love” who comes flying off the top ropes with one of the best rap-verses I’ve heard this year. With a flawless Minaj-esque performance – Ruby slays the mic and brings the whole track to another level…the flow she hits around 1:50 is pure audio-gold…she’s a superstar and that verse fits perfectly into this big-beat single-worthy tune – “Is This Love?” – I think it is, yes, yes I do.

Taking the edge off, Major Blaze takes a major-chill on “So Nice” as K-Beatz makes a return to produce this slick & smooth, laid back love-song. Still with enough beat to keep the ears entertained, Blaze sings with clarity, tone and confidence, matching the music perfectly – “So Nice” has a truly beautiful groove to it…the kind of song that can’t help but get the head noddin’ along and a smile upon your face. Smart trade-offs between the lead and backing vocals…everything about this track sparkles and shines with accessible rhythm…definitely a stunning track from Major Blaze…he’s definitely heating up the middle of this Champion Sound EP, no doubt.

5th DMNSN produces the final-cut, “Like This,” which also enlists the talent of Jacobi Flash on the mic…he’s got that reckless grip on the mic that keeps you guessing at every turn for sure, but the boy’s got skills…no question there. He keeps his game sharp over the verse with complex rhymes that flow flawlessly together…the sound & tone comparatively is a little sharper & more in-your-face than the smoothness of Major Blaze’s vocals and the music overall, but that has a lot to do with Flash’s style. Some people will dig it for sure…for others it might come out a little grinding, a little grating…but someone smack’em if they start knocking the flow…Flash is rock-solid in his rhythm there. The resulting combination of talents makes for one of the more unique tracks you’ll hear on the Champion Sound EP and definitely ends it all on a satisfying note.

I tracked down an additional track…”Off My Mind” which is also produced by Colin Taylor, who had put the work in on “Is This Love” earlier on in the review. “Off My Mind” continues the grind of Jacobi Flash working into the reggae-infused electro-rhythm…Major Blaze sounds wickedly cool in this final cut we uncovered – fantastic tone & energy in his performance; it audibly sounds like a verbal-workout. Smartly edited, and again using the talents of Taylor and Flash to its advantage, “Off My Mind” is complex but terrifically-accessible in its hooks. It’s all cut so sharply…this final cut is all about precision from those on the microphone to those in the studio putting it all together – totally glad I stuck around to have a click on one more track from Major Blaze – and now, it’s your turn.