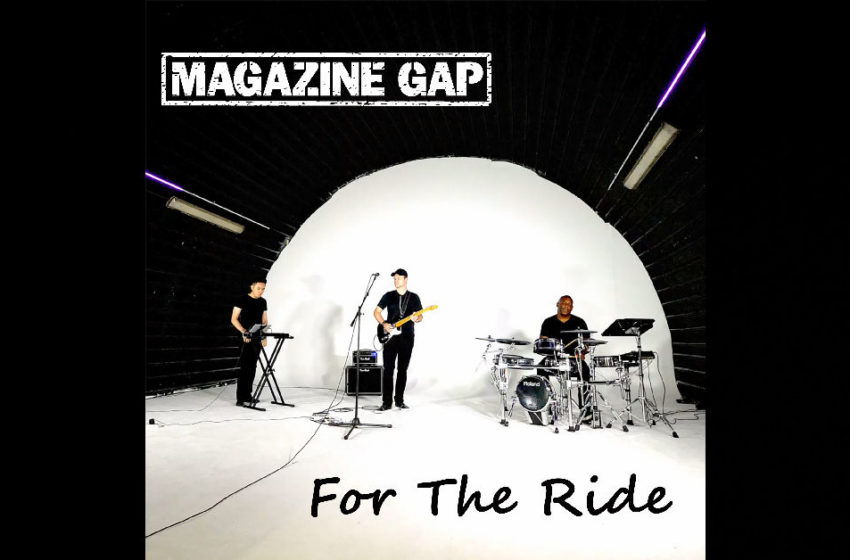 You know…having reviewed well-over 2000 records, singles, and EPs & all-that at this point, I can safely say for a certain fact that some names always put a smile on my face whenever I see them pop back into my inbox and onto my playlists – and Magazine Gap is definitely one of them.  It genuinely matters when you know just how much effort, desire, and passion is put into the music being made – sometimes it leads to situations exactly like this, where you find a band like Magazine Gap who you truly end up rooting for…you WANT a band like this to succeed.  And so, hearing them back in action with something new time & time again throughout the years, immersed in their craft & doing what they love still to this very day, four years after we heard them for the first time with the Calling Card EP, is not only always a treat for the ears, but it’s also somewhat of a confirmation that a few good things really can happen out there in the independent music-scene after all.

That being said – it actually has been a while since we’ve had them here on our pages – so full props to Magazine Gap, because the name, the sound, and the songs are all still in my head as fresh as if I just heard them only yesterday…this is a memorable crew of sincere musicians that make excellent tunes.  Realizing it was back in 2017 with the release of the single “Ran For Cover” that we last had them on our pages genuinely surprised me…it really feels like it was much less time than that.  Either way, it’s great to have this band back in 2020 – they’re sounding completely solid in the flashy atmosphere of their brand-new single “For The Ride.”  Magazine Gap has always put out quality results; but no lie, it sounds like a bit of time away has also served them well…this new single has a ton of spark to entertain ya with.

What I can tell ya is this – “For The Ride” is highly enticing and blissfully lively – it’s sure to completely please their existing fans and it’s the kind of hybrid combination in sound & style that has the potential to pull a whole bunch of new ones onto the Magazine Gap bandwagon.  To me, “For The Ride” is a fully successful crossover tune – facts are facts, they play this track flawlessly to start with, but you’ll also notice that there’s a freshness to the sound that’s built for right now, with a nod of respect to the classics when it comes to the songwriting.  Like, if you were to pin me down for a comparison, I’d probably be inclined to say that a song like “For The Ride” actually sounds spot-on to what you’d imagine an Ed Sheeran tune might come out through the perspective & approach of an artist like Gowan.  Two giants of songwriting in their own realms, and certainly great company to be keeping in either of these comparisons to Magazine Gap – you’ll hear what I’m hearing, I have no doubt about it – you’ll hear that catchiness of a Sheeran-esque tune all over this, but you’ll hear the incredible tension and drama that’s supplied by singer James Keen, much like you’d imagine Gowan would sing this song.

If you know your music…well then hey, you know you couldn’t possibly lose with a combo that strong.

Hearing Keen punch into the chorus with such commitment and conviction in his voice is spectacular – that’s definitely a highlight you’ll find in this single.  Solid efforts all around from the band, Alex Ho is jammin’ on the keys and brings a swagger to the movement & sound by answering the vocals with his own musical hooks as “For The Ride” plays on – and you can bank on Brian McCook to keep this single on the rails and the beat right on the money.  Bottom line is, these three talents combined stack up to solid entertainment and zero weak points – each player holds their own with their musicianship and truly brings something important to the song overall; there’s exceptional balance in Magazine Gap.  They put a lot of great chops on display throughout “For The Ride” – I think the start/stop movement of the song, the impressive amount of character & personality in the music, and the brilliantly powerful hooks of the chorus & the way Keen sings this single has more than enough going for it to generate the interest of the ears out there.  As far as mine are concerned, I’d consider this right up there with the best I’ve heard from Magazine Gap so far for sure – “For The Ride” puts the best of what this band brings to their music right in the spotlight & speakers for everyone to enjoy…and believe me, you will.

The new single “For The Ride” is rumored to be the first of three singles coming out this year ahead of their upcoming album called What’s That About? – it definitely sounds like these gentlemen are back in fine form and ready to take on 2020.  Stay up to-date on the details and find out more about the music of Magazine Gap at their official homepage here:  http://magazinegap.com