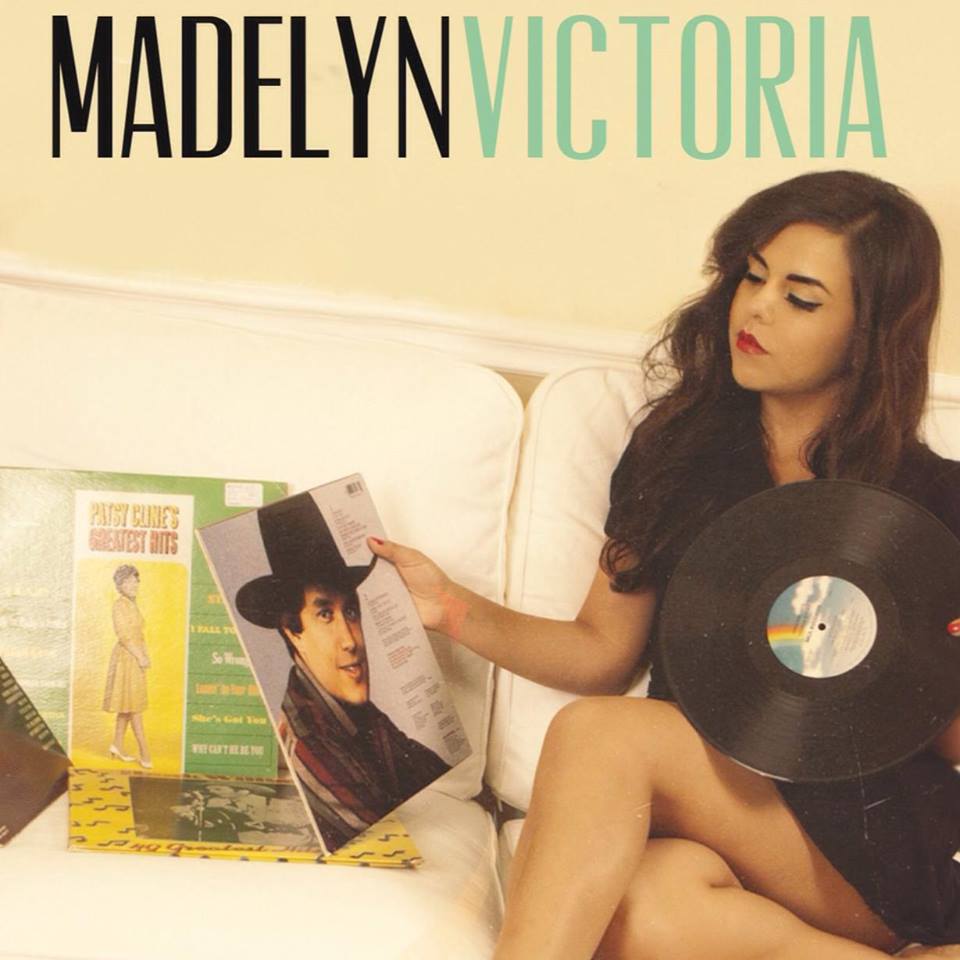 Why not switch it up a little here at the posting of our 800th review and bust into a new star from a genre we rarely visit – Country!  Through the musical-perspective and sound of Madelyn Victoria on her new self-titled EP and the admirable qualities and consistency I’ve found in these five songs…I don’t seem to mind at all taking a moment or two away from the dominance of Rock, Pop & Electro-music that usually owns my playlist.

Even though I wouldn’t consider myself to be a Country-music fan overall, there’s no doubt about the role it played in my own upbringing.  I’d never hear it around the household…my dad was never into Country and my mom didn’t really play a lot of music in general…but my Grandfather did.  Some of the best times I can remember with him were on long, smoke-filled car-rides full of Johnny, Willie, Dolly and more; he always had an appreciation for what I would grow to consider to be ‘real’ Country-music, as opposed to the Pop-Country mix we generally consume today as the ‘real’ thing.  What I found myself appreciating more and more about Madelyn’s EP as I listened to it…was that true respect for the roots of the genre; it doesn’t sound ‘old’ – it sounds like Country-music SHOULD.

Or at least it does in my opinion.  And YES…I’m doing my best to be as objective as possible!  It could be easy to get lost in the good-looks of Ms. Victoria here…in fact I’d go as far as to say that she COULD rely on those alone and STILL more than likely make it to the top of the charts, even with no skills whatsoever – BUT…thankfully, that’s not the case at all.  Madelyn’s got a ton of passion, skill, authenticity and heart in her music that comes out sweetly and confidently over these five songs.  Now the rest of the genre has a real problem:  She’s not only incredibly beautiful, but she’s amazingly gifted as a songwriter & performer.  You combine that with the fact that she’s making ‘real’ Country-music, and you’ve got a recipe that should make the Pop-stars that claim to be Country looking over their shoulder…

And don’t get me wrong…she’s not about to take it back to the complete twang & fiddle of the 1970’s…there’s still an update here on the genre, it just happens to be one that respects the genre and one that keeps Madelyn and her honey-style vocals focused on the Country-side of the music.  You’ll hear what I mean when you start the EP with “Hold On” – that’s a gorgeously bright sound, melody and vocal-flow…but in all honesty, probably also the furthest removed from ‘tradition’ that you’ll find on the EP as well to start it all off.  There are hooks in “Hold On” that easily transcend the genre itself; I’d be the last to accuse Madelyn of any kind of gimmickry, but straight-up, this is also the song that immediately pulled me in to welcome the rest of the sounds to follow.  Were it not for “Hold On” and its instantly accessible nature…and one of the other tunes were to begin the experience…I’m not as sure that it would have had that amount of pull to a person outside of the genre like I’m typically found myself.

That being said…I’m left only able to theorize on that concept, for you see, it’s much, much too late for me now.  With the warm invitation and flawless roam through the smoothness of “Hold On” I was hooked right away…so I truly don’t know what it might have been like to hear say, the following tune, “Breaking My Heart Again” first.  I’ll have to find an open-minded Metalhead out there or Grunge-music fan to see if I can find that out…because as Madelyn began to set her vocals truly free into the second-song and its much-more-present traditional Country sound…all I could do was smile by that point.  I didn’t just like this song, I loved it.  Largely that’s because Madelyn sings a hell of a song, which is completely the case on “Breaking My Heart Again.”  Great sliding guitars, the fiddle is as wonderful as it was in the first song, the beat is reliable and it all adds up musically – but nothing outshines its feature star performer.  The verse is a solid-effort from Madelyn, but the chorus finds her right in the center of an absolute gem of a melody and she really lets the sweetness of her tone and style take hold of the spotlight on “Breaking My Heart Again.”

“He Only Loves Me On The Dancefloor” feels completely like the song that I SHOULD resist…but even this I found I couldn’t.  I tend to look at titles like this and form a quick assumption, especially when it comes to Country-music in the modern-day; so many songs are written around the ‘cleverness’ of a title.  Once again allowing my fears to subside, Madelyn brings out one of the most angelic performances on the entire record and doesn’t rely on simply letting this one good line rule the song.  Much more to it than that…and the inflections of her vocals and way she sings really convince you that she’s connecting to the lyrics she writes and sings.  She’s got a firm grip on her tone and melody in “He Only Loves Me On The Dancefloor” and managed to turn what could have easily been a novelty-song into something beautiful.

Excellent guitars and an increased tempo bring out the energy on “Wild Ride.”  Complete with synth and a harmonica in there…”Wild Ride” quickly becomes the big, expansive, all-encompassing Country-music jam that people live to see live onstage and be in the crowd for.  I’ll admit…it’s got a little of the ‘are you ready for some football’ feel to it…but that’s because it’s a damn BIG song…it could easily become a Monday-night anthem, know what I mean?  The very least you can say about “Wild Ride” is that it’s a glimpse of the rock-side of Madelyn’s Country-music…the real truth is that each facet of the genre she steps into, she seems to have no problem turning to gold.  “Wild Ride” is the Country-music party-song that the people love…mark my words, many a beer will be consumed by real fans of the genre to a song like this.

Finishing off the EP on a real highlight, “Sand In A Bottle” might very well be my favorite tune on the record.  Partly because I really feel Madelyn’s gone an easy 5-for-5 here by the time the song finishes and I want to raise a glass and celebrate with her for an amazing job she, and anyone that had a hand in this recording, should truly be proud of.  “Sand In A Bottle” puts a real spotlight on her ability to really weave her vocals around inside of a melody; her instincts and choices alone have led her to a complete victory here on this new record.  I mean…it certainly helps when each and every bar of the music is played with the flawless precision you’ll find on this record as well, but there’s no denying that the star remains the star of this EP and defines her sound completely within five songs confidently.

I’ll put it to you this way…best way I can think of to sum it all up…  I’d be completely surprised if we all didn’t hear from Madelyn Victoria again beyond this EP here – she’s got all the talent, beauty, confidence and ability to already make a great record and I’d be shocked if we didn’t hear several more from this shining-star over the years to come.  Really, really well done.

Find out more about Madelyn Victoria at her official pages: