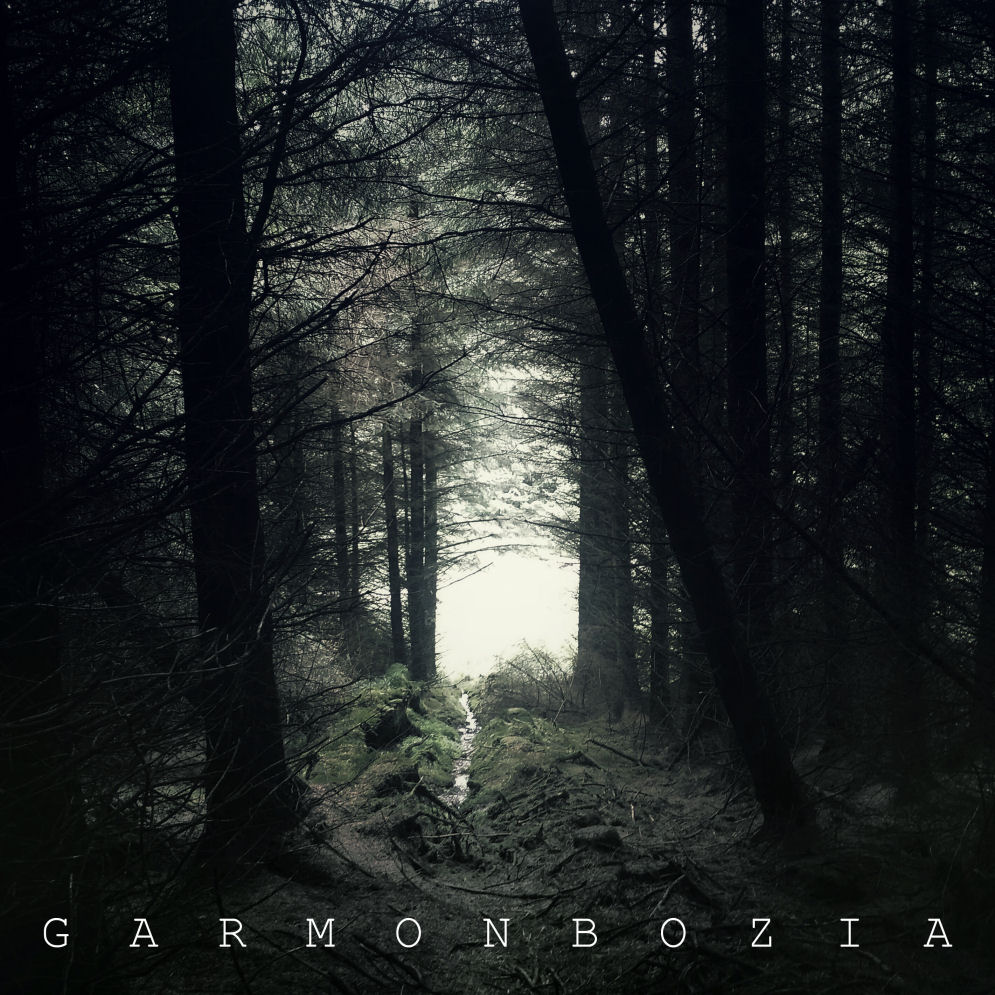 Excellent mix of synthetic grooves and emotional electro-pop on the latest album from Machinista, it’s a great blend of post-punk sounds meeting more modern concepts in subtle-but-intense electronic. With a range of tones and sounds that date back to Duran Duran or The Cure…it has the pop-nature of bands that would follow later on in synthesized glory like A-Ha or even The Killers. Big hooks that come through clearly and captivate the interest completely…what else can I say other than I’m a complete sucker for music like that!

Seriously…Garmonbozia starts out HOT with a huge pulse, beat & rhythm from Machinista on the opening track “Picture Frame Eternity.” Like The Cure stepped into the dicsotheque for the first time, this Swedish-based duo has infused sullen lyrics against bright beats for a combination that results in pure emotional entertainment. The push/pull of the lyrics against the brightness of the music makes it feel like you’d be fine with them announcing the very end of humanity as long as it came alongside the rhythm of one of these amped-up, energetic electro-grooves.

The massive anthem of “Dark Heart Of Me” might not brighten up the lyrical aspect of what John Lindqwister is bringing to the music exactly, but man is he great at what he does. I was born & raised on post-punk and all it had to offer…and the real new-wave break was just slightly around the corner back then; for me, these combinations are a logical conclusion of people that have grown up loving much of the same music that I’ve known & loved myself. Lindqwister has an intense love & understanding of his words and performs “Dark Heart Of Me” and every other song on this entire album with massive confidence and matching emotion.

Richard Flow, the other half of the concentrated-core making the music of Machinista is to be equally commended. In fact…I’d be hard pressed to find a moment where he got anything wrong or even made a slightly weird choice on Garmonbozia; this is clearly a man that connects deeply to music and has it flow right through him – and as far as I’m concerned every note he’s touching turns to gold. “Brandbergen, Stockholm via Kalmar Till Malmo” is certainly an example that highlights his gift for assembly and composition…it’s beautiful, captivating and really provides a smooth canvas for a singer like Lindqwister.

Breaking out the David Bowie “China Girl” synth-setting on their keyboards, “The Bombs” also features guest vocalist Mårten Kellerman of Statemachine in a collaboration that has mighty hooks and big, giant beats to raise your glass & your spirits to. With a song like this and a timeless sound that they seem to own completely confidently, I could definitely see a sound like Machinsta’s coming back and taking the world by storm all over again. This is pure entertainment I tells ya…and it doesn’t let up for a single, solitary second!

Just listen to the pulse & groove of “Surprised By Death!” I mean…you’d think that ONE of these tracks would have dipped in quality by now…but I swear that with each track that blazes by I seem to like what I’m hearing from Machinista more and more. The fragile chorus is delivered perfectly and is just as full of inspiration as it is melancholy; it’s an undeniably massive tune and fantastic measurement for their depth of song-writing and sound.

Or what about the song to follow, “We Are Rockets?” Can ANYONE sit still when they’re listening to this song? Cause I sure as hell can’t.

But again, if you’re a fan of anything Brandon Flowers is doing, there’d be no reason why this album wouldn’t be a massive hit with you too. Particularly tracks like “We Are Rockets” that flex that extra pop-muscle in their chorus anthems, also due in part to the tremendous stretches that Lindqwister takes with his singing and how he confidently lets his voice ring out clearly overtop of the incredible music set closely right behind him. For this style of music, that’s a winning combination every time…especially if your singer can belt it out as precisely and emotionally-perfect as John can.

His ability to read & interpret the twists & turns of the music from Richard is strikingly spot-on. Listening to “Ghost” can’t help but make me crack a wry smile; I’m on track SEVEN and there’s zero signs of anything heading in the wrong direction for Machinista – these two are complete professionals. The chorus-structure and lyrical-flow of “Ghost” is another highlight achievement; it’s not only entertaining, it’s highly-skilled song-writing right there on display from both members that make up this one captivating band.

And as it heads into “Battered” my jaw is nearly on the ground…as much as I like the two tracks to follow…this makes a hard run at the title for best song on this album if I was hard-pressed to choose one. Of course, by the time I’m into the chorus of the following cut “In Between And Above It All” I find myself saying nearly the same damn thing in my head! The understanding of HOW to write music, and to truly bring it to life through commitment and perfect execution is stamped all over Machinista…I couldn’t possibly compliment this incredible effort enough. Both of these songs possess incredible hooks and electrifying atmospheres that bring amazing energy through the speakers and super-charges the awesome mood they’ve already put you in.

Closing out with a slight departure in sound, “Train” is the epic ending this album deserves and much of a nod towards bands like The Cure and The Killers that tend to wrap up their album in similar emotionally-aggressive styles. By far and away the hardest song for your ears to instantly accept; “Train” is the song that just might end up holding up longer than the rest as there’s a lot less pop involved and a whole hell of a lot more to chew on. The electro-elements that pulse in and out of the huge drumbeat are masterstrokes and set the incredible atmosphere out for Lindqwister to do what he does best, matching the energy and emotion in the music beat for beat. It might not possess all the hooks of the songs to come before it…but it’s songs like this that let you know there’s a REAL band in here…one that is capable of all kinds of extraordinary things.

For a second album, Garmonbozia is outta-the-park type-good. I want more of what Machinsta is doing coming through my speakers…like, all the time.

Find out more about Machinista and other incredible bands through their label at the Analogue Trash Facebook page: https://www.facebook.com/analoguetrashofficial