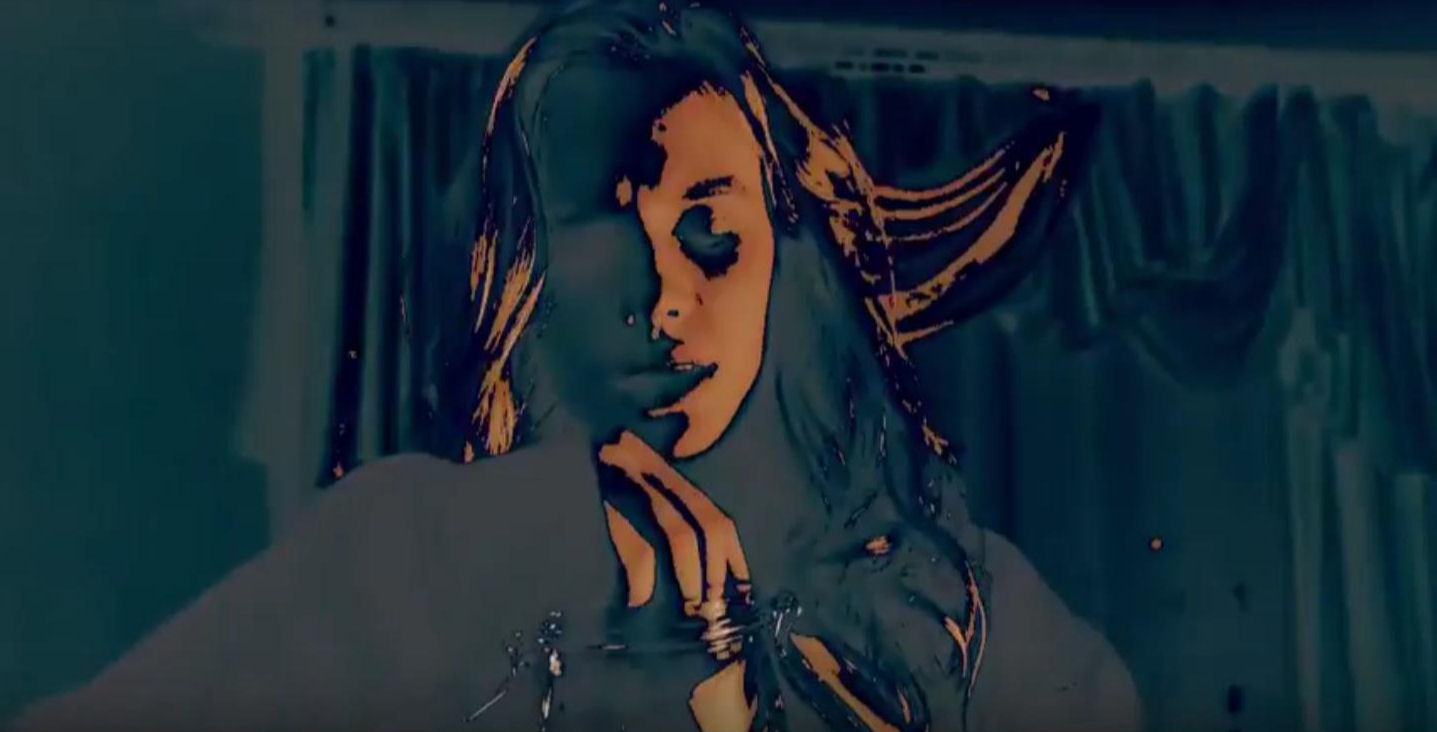 SBS:  M.V.A.!  Hello and welcome to our pages my friend.  You’ve gone by a few different names throughout your career & time in music…tell us a bit about your history and the music you made previously, and let us know a bit about what led to the switch to M.V.A.

M.V.A.:  Hi and many thanks for this. I started making hip-hop instrumentals around 2002. Around the same time my cousin Persona Bars had a new rap group that he was a part of, so I luckily had somewhat of an outlet for the beats I was making, even though they had their own producer. The band parted ways about a year later allowing me to work with PB more closely – we set up our own little collective and I was the main producer for any subsequent projects.

Virtu-oso was the name I initially came up with but sometimes when shouting me out on tracks P and others would either say “V” or ”V-Man”. I kinda adopted it as my ‘a.k.a’ in the tradition that certain rappers and producers used to do like The RZA having Bobby Digital or Abbot etc. But now with “M.V.A.” it kinda just symbolises me coming into my own and being more comfortable with my sound. The M is the beginning letter of my 1st name the A is the 1st of my last name and the V is for my original name Virtu-oso.

SBS:  How do you feel about the progression of your music over time…are you evolving as an artist?  What would you say about your music that would give us evidence of that…I know we could listen and easily solve that puzzle for ourselves, but if YOU had to pin it down from the start of your making music to the point you’re at now…what key points along the way did you find your way to new skills/talents or that next-level for your sound, and how?

M.V.A.:  Yes, I think any artist will always feel that they’ve evolving, whether majorly or subtly. For me personally, it has happened at various points through my time doing this. My sound evolved during the course of working on PB’s 3 solo projects, in both a production sense and also in general engineering. After those, I wanted to create and put out my own instrumental projects. During that time my palate had grown and I think that was reflected in my subsequent solo instrumental releases- the tracks had less of the formulaic structure and arrangement, designed to accommodate verses, and it became more about wherever it needed to go… even if it did end up sounding structured, loose or less/longer than the usual track length…and that’s where I’m currently at with it.

SBS:  From what I’ve read about you and researched…you seem to be more motivated than most of the musicians we run into.  It seems like you’ve actively pursued every opportunity you could find to evolve and grow your skills to the point where you’re more than capable of handling your music and career DIY.  That being said…it’s also an incredible amount of work, not always ideal…AND…well, sometimes an artist/band straight-up just wants someone else to add their own input or talent into the mix.  I’ve read a lot of different producers you personally admire for their work & contribution to music…like, a LOT of them…there’s a ton on this list, so I figure this question is going to a good home:  If you could have someone else produce your record, anyone at all, who would it be?  I’m also curious as to why that is…what was it about the listening-dynamics of their work in the past that stood out to you & why would it be the perfect fit for your style?

M.V.A.:  As a producer, making the instrumentals is my only outlet so I probably wouldn’t have someone produce my record but as an occasional emcee I would probably have RZA (circa 1993-2000) handle the production. He produced the majority of my favourite Wu-Tang albums and then also the 1st projects of most of the Wu members. I loved his gritty, unpolished, unorthodox basement sounding beats that were also musical. I also would pick him because he was very into concepts and themes, something that I’m very into and have incorporated in my past solo projects. The albums he worked on always sounded cohesive and well put together and often cinematic- achieved through the song sequencing and also his use of Kung-Fu film samples which he incorporated to illustrate some of the philosophies of the group and also to create the group’s own mythical aura.

SBS:  And don’t get me wrong…at the end of the day, I’m as DIY as a person can be and always think that’s the route to go personally.  What has your experience shown you to be the biggest benefits of keeping your music independent & DIY?  You’ve also had a ton of experience with producing tracks for other artists as well…do you get a good balance between working with others as well as on your own music?  What makes collaborations appealing to you?  Do you feel like you work better with others or on your own – why?

M.V.A.:  For the most part, I prefer working on my own, just because through personal experiences occasionally people will let you down or won’t be on the same page as you. Robert Rodriguez is one of my favourite directors partly because of his DIY attitude that he has used from the very beginning to now. He built his own studio facility, he directs, edits and even composes the music for his films.

Having said that, I do like collaborating because of the freshness it can bring. Like you mentioned, I’ve produced tracks for various underground artists but I’ve also twice collaborated with an artist from Italy called Esa. He was part of a rap group in the late 90’s and has been pretty much solo ever since. He’s also an independent type of guy- producer, makes the majority of his own videos, puts out his own music etc. We made an album in 2009 inspired by 2 of my favourite producers Jay Dee (J Dilla) and Madlib, where we rapped over each other’s tracks and the 2nd project, in 2013, was a Space inspired project where he provided contrasting instrumentals for the concept that I was going for, Currently my biggest profiled collaborator is with Homeboy Sandman, he’s with Stones Throw Record label- most independent music listeners will be aware of the label and its significance and also how great Homeboy is. The track is called Earth, Wind, Fire, Water.

SBS:  As far as I’ve read, it also seems like you’ve been starting to steer your music towards film & television as well.  As a producer/soundscape artist, of course, this is a solid move potentially for your music & overall career…tell us a bit about how that might work.  Like as in…would your music or style be better suited to dramas, action-movies, etc. – where do you see your music finding a home comfortably within the mediums of film/TV and why do you feel it would suit it so well?  Are there certain styles of shows or movies that you wouldn’t want to have your music be a part of or is it all fair game?

M.V.A.:  Yeah, I definitely want to get into more films and TV work, I was lucky enough to have one of my tracks used on Ideal which was a surreal, dark, British comedy sitcom that happened to also be one of my favourite shows. I say I was lucky because of the process of it happening is the way that every artist hopes their art gets received. I sent a particular EP to Graham Duff, the creator of the show, and contacted him a couple weeks later, where he told me he liked it and wanted to use a track from there. A few hours later someone from the BBC sent me some papers to sign and I was on an episode of the next series/season of the show. If I never get another chance to do something with Graham Duff, I will also be thankful for him not acting “industry” and being down to earth enough to listen and respond to my message.

To answer the other part, I have a desire for working in animation. I’d love to be involved in a long term situation like Jim Lang was with the team of Hey Arnold. I think some of my tracks will fit with that visual aesthetic, but I’m always down to have my music featured in any situation that fits.

SBS:  What’s the most important move you plan to make for your music in 2017 – how does M.V.A. take it all to the next-level this year and what’s coming up for you?

M.V.A.:  This will probably be the last instrumental project I put out, that’s why I’m choosing to put it on all the major digital platforms as opposed to putting it out for free, like I did with my other projects. via Creative Commons. Also I have a few videos to bring out with this project, which I’ve done once- so hopefully all these things will contribute to more people seeing and hearing my work.

SBS:  Open-floor!  You’ve got the soapbox here M.V.A., stand tall, stand proud & use your voice!  Say anything else at all you’d like to add that you want the people to know about and thank-you again for taking the time to talk to us about your music my friend – all the best to you this year!

M.V.A.:  Many thanks again for this interview, the great questions and the good wishes. Also, thanks to anyone taking the time to read the interview and hopefully check out my music. Thanks to anyone that has collaborated, supported or inspired me. Cheers