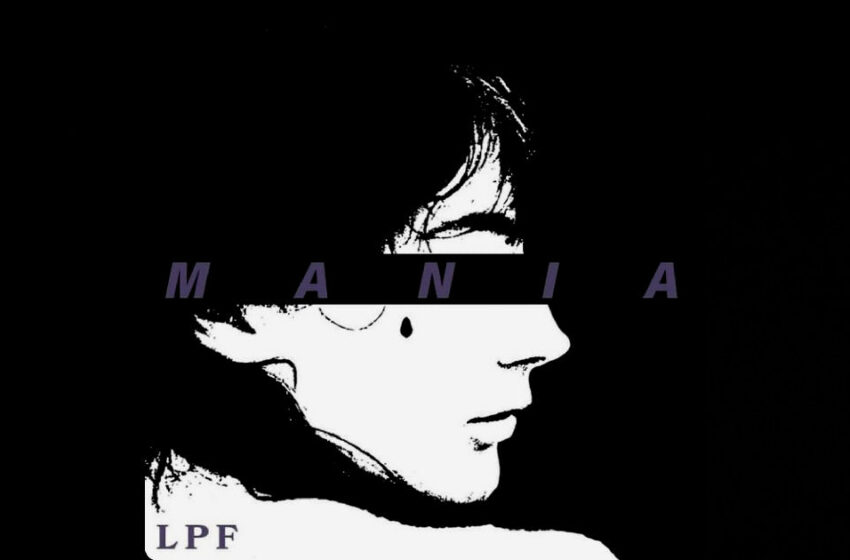 Promoters.  I tell ya.  Who’s out there keepin’ me behind the times?  “Darkness” was released back towards the end of 2021…back before their most recent single called “On Your Own,” and definitely even earlier than the release of their Mania EP, which is now out online & available as well…just’ sayin.’

It’s a good thing all music is technically new if ya haven’t heard it yet.

Anyhow.  What is it with Boston and their Hard Rock scene eh?  I tell ya…that really seems to be a verifiable thing that’s happening over there…constantly…and it only seems to be growing if you’ve been paying attention.  We’ve been talking about the rise of Heavy AmericA over there for years…we were introduced to Falsely Accused earlier this year in 2022…and now here we are with Lurid Purple Flowers, yet another Boston-based Rock entity that’s been thriving over there south of the border from us here in Canada.  How I keep ending up with it all here is very much beyond me…it’s usually the last genre I ever reach for personally…but I have enjoyed what I’ve been hearing out of Beantown…I can admit that.

So…hmmm.  Depending on where you look, you might find out a few pieces of this puzzle and begin to get an idea of what they’ve got goin’ on.  If you look at their website & the bio you’ll find there, you’ve got a band that features C.A. Newcomb, and presumably, some other people.  If you look at Spotify, you’ll see the bio there will get ya two more players added into the mix with guitarist Ben Caito, and John Keyes…who does…something?  And if you look over at Facebook you’ll see pictures of the band with four or more people…presumably phantoms that show up like Jack in the Overlook Hotel photos?  So I went back to the main site to see if there was more to be found…I discovered Nick White on the drums, and lost track of where John Keyes went in the same section.  Y’all get where I’m going with this stuff…it’s the part of the ‘job’ that sucks the most, but it IS an important part all the same – I’ll always be the first to tell ya it’s the music that matters the most, of course…but like…yeah…c’mon now, it’s also pretty crucial to keep those sites updated with the info y’all – if only for my own sanity!  I’d rather get to know about the pieces of what really makes’em great, as opposed to having “Lurid” defined for us.

Information…present OR absent…will always tell ya something.  It certainly gives you a snapshot glimpse into what the hierarchy within a band will be, that I can tell ya – and in that sense, based on everything you’ll read, you’d have to assume that Lurid Purple Flowers centers very much around C.A. Newcomb.  Which is justifiable for sure…you can hear she’s got that absolutely killer voice that’s entirely built for real Rock & Roll, and on a track like “Darkness,” she’s clearly ready to put that voice of hers to work – I have no doubt whatsoever that within less than fifteen seconds, the vast majority of ya out there listening would be seriously impressed by what ya hear, and know that she’s got chops destined for making music exactly like what you’ll find.  It’s not JUST the rasp – which admittedly, is completely kickass and very well suited for “Darkness” – to me, the real hook is right there in her confidence and the way she owns the microphone when it comes time to perform.  Having a natural sound as stellar as she’s got is certainly an asset, obviously – but it’d be all for naught without having the confidence to go with it, which she clearly does have, & even more clearly knows how to use to help LPF stand out, 100%.  Like…no joke folks…if Rock wasn’t already thriving as much as it is in Boston by now, having what C.A. brings to a microphone would be strong enough to create a scene around her; she is audibly THAT good.

As for “Darkness” itself…hmm…I ain’t opposed to it.  I think I probably like the pieces of this band and the way they play together more than I like the actual song itself, but it’s not without its merit.  They definitely have chops abound, that I can confirm.  We know that C.A. rocks a microphone, we can hear Ben slayin’ it on the guitar…Nick’s beatin’ them skins…and then just as we’ve been semi-promised, John is…present…and accounted for (I think? I assume?), clearly somewhere in here, presumably on the bass, we do not know for a certainty…but we assume he’s proudly rocking with them somehow all the same.  Sound-wise though, they’ve got this cut tightly played, it’s a very BIG song with a whole lot of standout dynamics written into the structure and the way it moves…that stuff all works out really well for them, and I could see “Darkness” at the very least, grabbing the people’s attention when it comes on full blast.  I don’t know that it has any one particularly memorable or defining hook to it, but as a representation of who they are, what they can do, and the strength they project whilst rockin’ at peak intensity should at least gain them a favorable impression with the ol’ Hard Rock fans out there listening.  It’s the early side of their career…lots of room for them to grow, lots of time to sort out all the online details I’ve cited…all that stuff gets sorted out with time & experience of course, and I’d assume the same is true with LPF.

It’s gritty stuff…and they play it like they freakin’ mean it – my ears appreciate that for sure, as I’m sure yours will as well.  There’s definitely something in the water over there in Boston…I have no doubt whatsoever that Lurid Purple Flowers will fit right into the scene sparking up in that city, and find their way quickly onto the playlists of those out there truly looking to rock & rock HARD.  There’s tons of potential and skills within this band…add a bit of time, experience, and MORE details…they’ll be on their way to the success they’re seeking out & crushing the stage live all over town in no time at all, believe it.

Find out what ya can about Lurid Purple Flowers at their official site:  https://www.lpfbandofficial.com