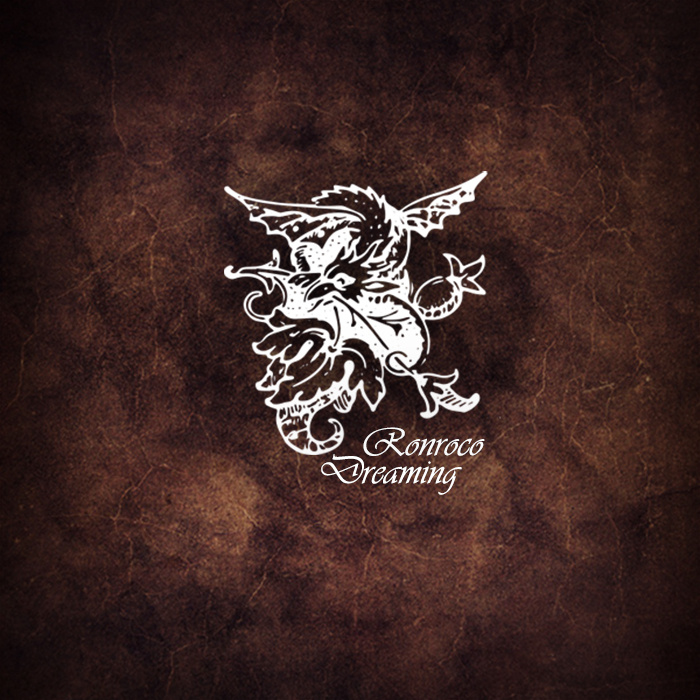 Beautiful melodies and guitar here on this new album from Brisbane Australia’s Luke Gartner-Brereton, played with real heart, skill and compelling passion. Combining a classical style with a modern-day feel, fans of music from bands like Calexico, Colleen, 800 Cherries or Iron & Wine are going to be ecstatic in finding this new music from Brereton. With elements of drama, mystique and exotic melody, Ronroco Dreaming is a complete trip to listen to and is more than likely a sound you haven’t experienced in a while; strap yourselves in and press-play!

It all makes a LOT more sense if you start by reading through his social media by the way. You’ll discover that Luke ‘lives in a closet under the staircase and composes amber melodies by the dim light of his one and only candle.’

To which I would say – ‘how rad it must be to be a fly on the wall in that rocking closet.’

He’s really written this sharply & smartly. Ronroco Dreaming opens up with a clever intro that expands into a full beat quickly in the first cut “Sweet And Subtle Sorrow.” Excellent percussion backing up an extraordinarily well-recorded guitar; just after the first minute-and-a-half, you get a quick taste of the skill of Luke Gartner-Brereton…not that the entire song isn’t a magnificent display of what this musical genius is capable of. The quick rhythm and pulse of “Sweet And Subtle Sorrow” finds an ending that disbands the energy and breaks way to another up-tempo worldly sound in “Chasing The Demon.”

Dreams & dragons maybe; I’m not sure I know too much about chasing any demons. With that being said…I’d have to assume that this sounds frantically close to what that might be like! Another fantastic melody…there truly is a LOT going on in “Chasing The Demon,” and to hear it all come together so well as it is here is a real testament to Luke’s production skills every bit as much as his performance. The clarity is incredible, and though it’s a somewhat frantic-style of playing, you could hear EVERY mistake on a recording like this…if there were any to be had that is.

Leaving the sorrow behind, the up-tempo and joy-inspiring tune “Dire Frivolity” really hits the spot, switches the energy slightly, and really manages to keep a listener captivated right through to the end of these opening three tunes without vocals, without question. It’s captivating as all hell really. As Luke slows it down for “Sojourn” you get an even better since of atmosphere in his music. I don’t know about your own closets and candles or rooms where you’re listening to this music right now…but as “Sojourn” plays in the studio you could virtually hear a pin drop. The song keeps you on pins and needles the entire time with its melancholy tones and desolate guitar notes.

Only a couple beats into “Bottled Spider” and you’re on your way to a real groove. I appreciate the flow of this album very much…Luke has considered the writing of Ronroco Dreaming from every angle, right up to and including how the end of each of these tracks compliment the beginnings of the next. That might sound like an obvious thing…but it’s much more than the simple layout of an album arrangement…he’s written these songs and endings specifically to flow as well as they do. And as “Bottled Spider” turns into the beautiful melody of “Fickle Fortunes,” you’ll probably find yourself in the same boat I am when I’m listening to it, wishing that the moment could last forever. By far and away one of the most gorgeous songs he’s come up with to this point in the album, this tender moment is an undeniable gem.

“Desert Sands” incorporates a big beat drum, tribal & eastern influences heavily into a melody that certainly switches up the vibe as it heads towards the middle of the album. As well played as the rest – truly, Luke makes ZERO mistakes on this album – the interesting switch here in tones allows for “Dance Of The Idlewood” to break through even more successfully and really deliver the impact it should have even with the instrumentation being as sparse as it is. Being able to look at and listen to music from both a production aspect and a musician’s has really worked in Luke’s favour – he uses space as effectively as playing an instrument proficiently.

Speaking of proficient! Listen to the excellence that is “Eli’s Revenge.” Love the simple beat driving this guitar melody…it’s perfect, uncomplicated and exactly what this song needed to back the incredible guitar work. Might be some mandolin in this one as well…heck, it might even be leading the way…Luke is quite well known for bringing in additional instruments – one being the inspiration for the title of the album itself, the Ronroco is a ten-stringed instrument found most often to be made and built into the shell of an armadillo. How cool is that? I’ve got some impressive instruments here and there…but none that have been made from an armadillo! I want!

Presumably that instrument is all over this album. Not being privy to the sound a former armadillo makes in a new life as an instrument…I can’t say for sure. But songs like “Eli’s Revenge” and the following “North Of The Andes” certainly lean towards there being a lot more than simply guitar at work here on Ronroco Dreaming. The whistling sounds…or ‘calling’ sounds dispersed throughout “North Of The Andes” really give it an incredibly unique feel in comparison to the rest of this album. Echoing a similarity between the music and feeling you’d find from the movie Into The Wild and Eddie Vedder’s solo soundtrack work there; this adventure into the wilderness is another excellent one.

“Scissor Dance” didn’t let me down either…but it did make me stop to think about what was different. In a sense, you get that mistaken feeling that because Luke possesses such a similar style in all his music that if you love one you should love them all. And that’s not the case for him, or for any artist out there. All of the songs on an album are not going to be your number one favourites, know what I mean? “Scissordance” has beautiful elements to it, as does the spread-out atmosphere of “Lunar Grief,” but I did find myself almost wandering a little bit mentally in the midst of these two tracks back-to-back. No fault of Luke’s really…well maybe…it’s such a comforting sound that he’s making; you can easily slip right into the music and the endless scope of where it will take you within your own imagination.

The final two tracks…”Seven Sorrows” and “Blackspire Ridge,” perk the album up with melody & brightness if not the energy before we say our final goodbye to Luke. “Seven Sorrows,” is an inescapable breathtakingly beautiful melody. Excellent fiddle playing accompanies the sweet acoustic elements surrounding it as it takes the lead; it’s a welcome, warm and inviting switch in the sound of Ronroco Dreaming as we head towards the final moment in “Blackspire Ridge.” Short and sweet, excellent guitars and bass trembling with impact as they surround the melody…and nearly at the very end of the album, before the two minute mark…Luke Gartner-Brereton brings up the drums to thundering sounds that drive this ending to incredible heights.

It’s a fantastic effort, one that I hope people can put down their top-40 tunes and National Enquirer magazines for a moment to listen to. Music like this has an incredibly relevant place in our life…and Ronroco Dreaming plays entirely like it could be the soundtrack to your next unforgettable adventure. Definite thumbs-up for what Luke has accomplished on this album – he’s a stunning musician, immaculate song-writer and a player with precision you could set your watch by.

Find out more at his official page here: http://utopianglance.wix.com/luke-gartnerbrereton