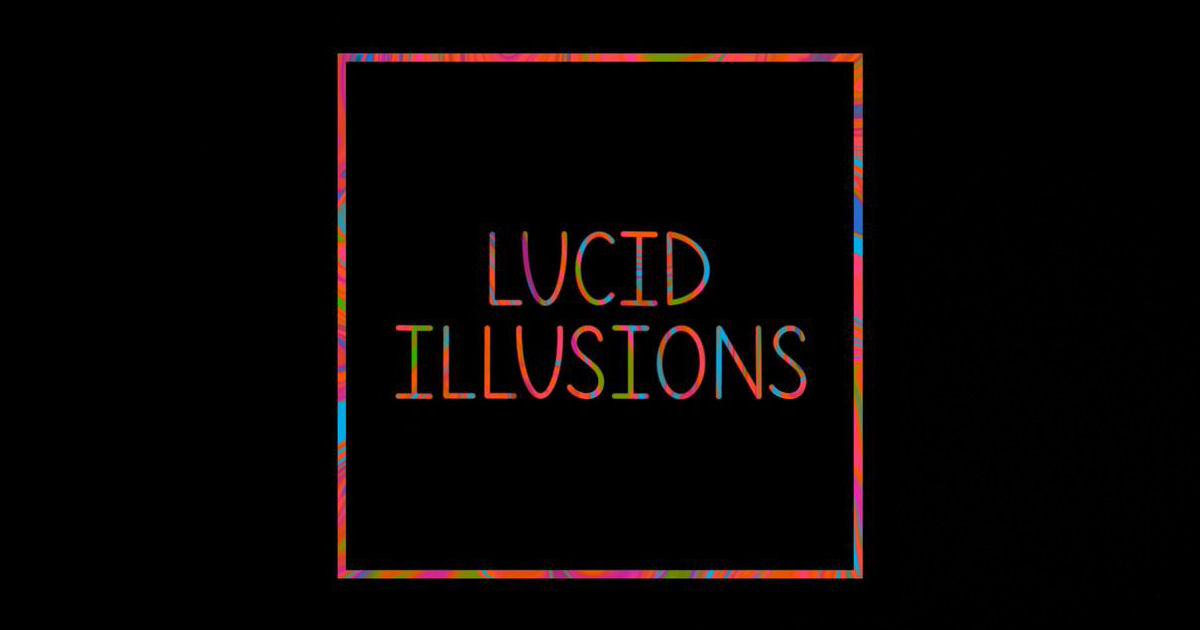 With a quick two-count in, this three-piece out of Houston immediately take ya on one wild ride.  As to where you’re gonna end up…that might be another question entirely – there are “No Directions” here to follow other than this audible map of awesomeness from Lucid Illusions to turn up loud enough to guide you safely back to your stereo systems to give this single another well-earned & deserved repeat spin.

Responsible for the slick amount of stylistically crafted Rock’n’Roll ripping through your speakers, is Jordan Lane (Guitar/Vocals), Mason Jones (Bass), and Donovan Hanson (Drums).  I can get behind these guys no problemo…they execute this cut with powerful edge & serious flash…they break my cardinal rule of counting in the lyrics at one point along the way, but I’m in a forgiving mood and I’ll admit, it kinda suits this cut when they play that card.  But like for real…it pretty much comes down to stuff like that – anything you could critique these guys on would be a minimal point or mere suggestion at best.  Facts are facts – Lucid Illusions rocks hard and rocks solid – they’re unified & clearly into “No Directions” – you listen to the way they fire up the motor of this single instantly and never let go of the energy & vibe they’ve crafted with such tangible character, charisma, and personality…and you gotta dig this, don’t ya?  Can’t just be me that hears the potential in this crew, or the results they’re achieving now.

For all of 2:37, there’s no time to be wasted on “No Directions” – I’m not gonna necessarily say that Lucid Illusions kept that in mind, but it sure seems like it based on the amount of engaging & edgy sound you’ll find combined so enthusiastically.  They’re gonna get their fair share of comparisons to riff-rock-inclined bands like the Black Keys all the way through to Wolfmother…some of that’s gonna be valid.  When you hear them stomp & storm to the end, that’s right from the Wolfmother first-record playbook right there, nearly right down to the tone & pace exactly…and you’ll get a kind of QOTSA-inspired finale to this as well, where Donovan in particular reveals what a beast he can be back there on the drum throne.  Comparisons are natural…that’s how these review-things and straight-up listening to music with the ears on your face works…it is what it is; at the end of the day, a band like Lucid Illusions is both the sum of many of the incredible bands/artists that have paved the way before them, and none of these things at the very same time.  Jordan, for example, will become key in maintaining their identity, uniqueness, and signature sound of their own…comparisons might be found to one degree of the writing or music along the way as is the case with most every band out there, but what you’ll find on the microphone in Lucid Illusions will be a large part of what separates’em from the rest of what’s out there in Rock right now.  Even the vocals have a degree of a familiar & welcoming vibe that’s not entirely undiscovered, but more rare to find in a setting like this.  I’d never go quite as far as to say Jordan brings like…a Brian Setzer-like sound perhaps…but the showmanship/performance aspect might be a fair comparison.  Totally different styles of music again in that example, but all these comparisons I’ve been making should help you appreciate the hybrid creations of Lucid Illusions & a single like “No Directions,” and verify here in words for ya that they’re incorporating a ton of ideas & influences into their career.  Bottom line is they’re doin’ it right in a way that’ll borrow a tiny piece here & there, which again, most musicians & bands do by default…the ‘there’s only so many frets on a guitar kinda-thing’…but ultimately Lucid Illusions are doin’ their own thang and they do it damn well.  I’ve always maintained more of what you love, whether it’s a fragment of a song, a cover, or a new band that’ll remind you of others – more of any of that, is always a good thing when it’s done with the passion of a song like “No Directions.”

They’re working with an impressive amount of flash & crossover sound inside of a short timeframe – and in my opinion, they’ve come out with a solid single stocked full of vibrant energy driven by the sheer will to ROCK.  I have next to no doubt at all that “No Directions” will connect with the people out there listening and give them something they’ll be stoked to crank loud’n’proud over this upcoming summer.

“No Directions” comes from the new self-titled Lucid Illusions record – make sure to find out more about them by visiting their main page at:  https://www.lucidillusionsmusic.com