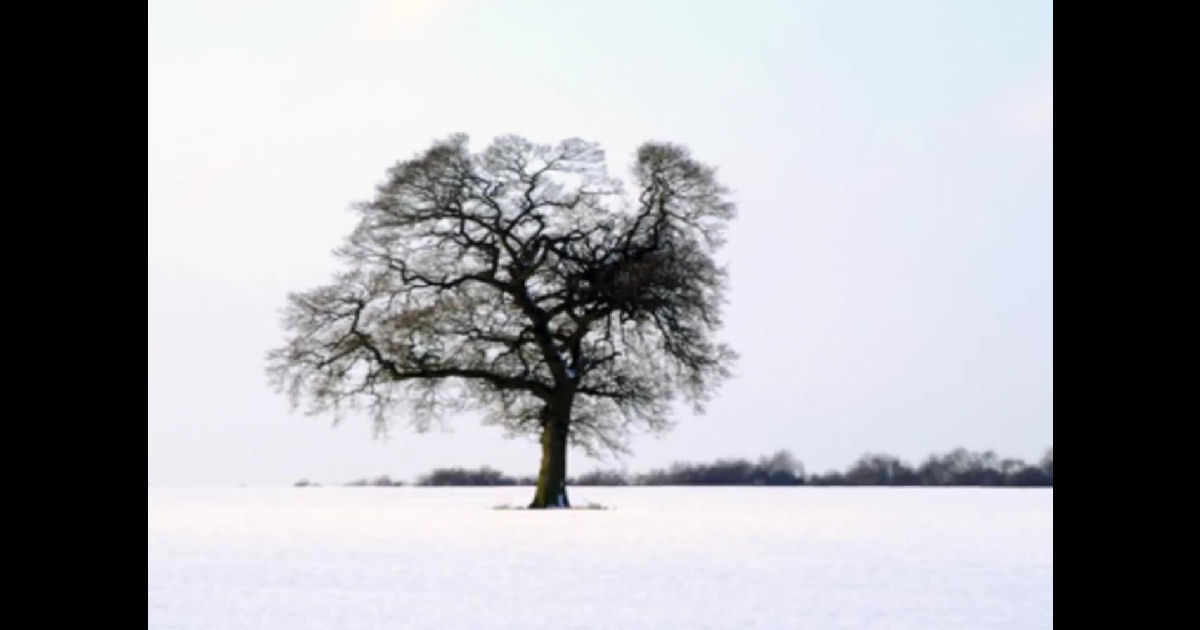 I am…about to push play here and…I am…ohhh boy…I’m crossin’ my fingers for ya Luanne my good friend.  If you thought the odds were stacked against ya last time…believe me, this is gonna technically be a lot more of a challenge to make an impression this time around over here.  It is…November 11th of 2018…repeat…November 11th – which would make it…yes…by my count, still more than a month away until…*shudder…Christmastime.  Yet here we are…someone always likes to crack the seal here nice & early in the year, even though for the past five years or more I’ve nearly written out a generic template in response to Christmas songs that more or less shows up in the first review I have to put out each and every year for some enthusiastic holiday-seasoner out there…which essentially boils down to, ‘don’t send’em.  Please, please, please…don’t send them here.’  They’re just never my jam and I really do have to endure them every year – not by choice like so many of you, but because this is what I do; so for those of you that don’t know – this is about as close to holding me hostage as it gets.

Sorry my friend…I hate to eat up anyone’s review with this warning, but it needs to be put out there, every year, lest they all come and show up with their yuletide tunes to try and cheer my year when that’s just not how this season goes for me.  All that being said…I’ve got an open mind & an open heart…I try to do the right things in all situations – and Luanne’s already beaten the odds with me beforehand with her Country music…so truly, don’t get me wrong – I’ve had faith in her doing this cover of the infamous lost Christmas song intended for Patsy Cline from the very beginning and I trust her judgment.  Key word being ‘HER’ in the sentence.  For the rest of you, stick to those previous guidelines and please, please, please…don’t send those xmas songs here.  I smile as I type this…fully knowing that even if write that down year after year, it just becomes funnier over time; people, artists, bands…they still will send them, over and over and over.  Which reminds me – I really need to start taking a vacation around this time of year.  But when would a person even make that call to do that specifically?  I’ve had Christmas songs in July!  October!  Here in November of course too…which becomes…oddly much more tolerable compared to those other two options but STILL, if you are going to send them at all…please…I beg you fine people out there…December only.  I can do Country all year long if I gotta; but even only once a year, Christmas is just too much for me, every time.

Luanne’s a brave lady and a competent performer though.  Even if she was aware of my…hmm…let’s say, determination to avoid all-things-Christmas…I think she’d try to defy the odds and send those singles on over anyhow.  Smart to choose a tune like this too…I mean, this might be where she does know me well enough from past reviews…there’s a real history that comes with this song, and she knows I love learning when it comes to music.  Plus it’s not one of the few that we hear year-in & year-out while trying to hustle up & buy, buy, buy at the malls.  So don’t get me wrong…she’s got a couple advantages in her corner as well when it comes to “Christmas Without You,” not the least of which, is that it’s kind of right about halfway between BEING a Christmas song and an anti-Christmas tune…so that’s another possible way into this single for me.  Not that I want a whole horde of anti-Christmas tunes at this time of year either…I…I just don’t…sincerely, thank-you very much.  Just send normal music!  Whatever you’d consider that to be – send that stuff any time you like.  Moving on…

Besides…if you learn about this tune…you’ll realize that even the great Patsy Cline was obviously a Christmas nut like so many others on our planet; according to legend, she wanted to originally record this song written by Lawton Jiles & Buster Beam in the SUMMER of 1960.  Break out the mistletoe – it’s JULY!  Like, c’mon Patsy…no excuses for you either – that’s TOO EARLY in the year to be thinking about Christmas.  Anyhow.  Record companies being the bamboozlers that they are had her change this song a whole bunch and it became “How Can I Face Tomorrow?” – which is…well…a long, long way from the original intentions of this tune.  Theories of course come in hindsight…the changed variation did alright on the charts but wasn’t something to write home about…leaving everyone out there who knew about the song wondering as to whether or not it would have been better call to just have left it intact.

I’m sure it would have been.  Patsy was no fool – she would have certainly wanted it to be recorded in the way she envisioned it; the way that Jiles & Beam intended it to be.  Since she never got the opportunity after all – and the two songwriters still had hope to hear their song recorded in its original form somehow…eventually, this tune works its way over to Luanne Hunt, Country Music superstar extraordinaire and singer of great things.  Or at the very least, that’s how I see/hear her – she impressed me big time with her record Backroads, Bottles & Blues from earlier this year and even earlier than that with the lead-single release from that album called “Lightning In A Bottle” – she’s one of the few that seems to be able to break through my gruff Country-resistant exterior to make a genuine impact.  I appreciate very much, that she knows the history & roots of her genre, and that she’s truly born to be a part of it…she makes great Country Music and I’d be happy to tell anyone willing to listen that I feel that way.  And this single here, “Christmas Without You” is no exception to her standard of stunning quality. All things concerned – Luanne’s got herself an incredibly special Christmas song – and a rare one here – so you know she’s happy; but you gotta imagine just how stoked the original writers would be as well to finally hear it happen after all this time.  Luanne put this out in 2011 I believe?  So that’s more than FIFTY years of waiting for Jiles & Beam to see this song blossom into the single they intended it to be.

While still decidedly sweet at its core, “Christmas Without You” is actually about what it’s like to spend the holidays without your loved one, or loved ones, as the case may be.  Luanne brings that sentimental sweetness to the sound and the depth of emotion to the complex layers of feelings contained within this tune.  She sings it beautifully as ever – and clearly, still being promoted now and having reached the top of several charts with its success since 2011, “Christmas Without You” holds up strongly over time.  Much like my own feelings towards the holiday season…I have a feeling that the themes you’ll find in the words of this single are much more universal and relatable than a lot of people would realize – and if you’ve ever been in a situation where you have to spend that special time apart from those you love, you’ll certainly feel the loneliness that invades the atmosphere, nostalgia, and memories shared through the lyrics of “Christmas Without You.”  And I suppose that’s roughly been my point from day one when it comes to Christmastime…it doesn’t always end up being the happiest of times for many people out there, despite all its good intentions.  At a time where we’re all supposed to be gathered around the fire with our family and the people we love – should you find yourself in a position without them, that celebratory spirit quickly becomes the recognition of the absence of the good times it’s all supposed to be.  When it comes to capturing this, I think “Christmas Without You” does a spectacular job of expressing what a lot of those thoughts that might cross a person’s mind would be during that time alone…reflecting on what’s got you missing them in the first place.  Were it not for the inherently sweet sound of Luanne’s vocals and tenderly comforting sound of the music on this single, chances are, even to read it on paper might bring a person to tears.  I think where Luanne does really well on “Christmas Without You” is adding that extra-layer of emotion to consider; that sometimes, even from far away and as painful as it might all seem sometimes, that having those memories & experiences with those you love are still better to have had and look back upon than to have not had them at all.

So!  I mean, I can’t lie to ya and say this tune makes me want to jump right into that holiday spirit…but there aren’t any I know of that can…that’s not to be held against Luanne.  I think she sings this perfectly, adds her own genuine charm & sweetness to the sound of “Christmas Without You,” and gets great performances from the talented surrounding musicians like Christian Ward (Twin Fiddle), Austin Ward (Upright Bass), Uglum (Guitar, Mandolin, Harmonies), Hal Ratliff (Keyboards), and Roger Gillespie (Drums).  There’s really nothing to complain about when it comes to the execution in this musicianship or melody – and if I wasn’t such a Christmas Grinch every single year, I’d have said that first & foremost.  Luanne continues to break through to me in a way other artists from her genre can’t – I’ve always appreciated that about her music from my first experience with it, and I still feel that way now here on this Christmastime tune she’s got here today.  You might not catch me putting this on a playlist until Dec. 24th or 25th personally…because…well…because I’m me, and that’s how I roll.  But I also think there’s actually quite a good chance that a person WOULD hear this being played around the holidays here at studio…the fact of which in itself, speaks volumes on behalf of the job well-done on “Christmas Without You” and the justice she’s brought to a song that nearly never got its chance to exist.  Thanks to the timeless writing, gorgeous sound in the music, and Luanne’s endlessly sweet sincerity – I’m pretty sure we’ll all end up feeling the same way about this effort and be glad she took the time to save this tune and give it the life it deserves.  It might be Christmas-themed & all…but a good song is a good song, and I’d never say otherwise – she’s got another great one here that she should indeed, be proud of.

Find out more about Luanne Hunt at her official homepage at:  https://www.luannehunt.com