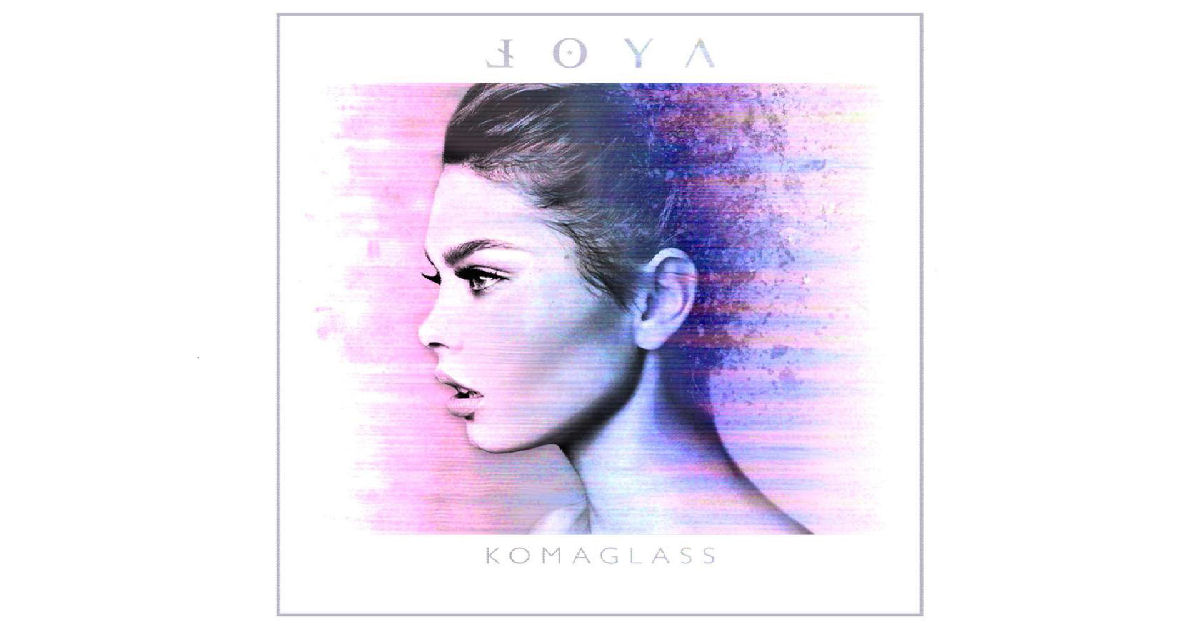 They say you can’t judge a book by its cover.  I can so.

I might not know much on the great scale of knowledge in this universe, but I can almost guarantee that you don’t see a song title like “Heptapod” without getting something completely badass to listen to coming along with it.  Call it a hunch if you like, hell, call it pure-luck if you like – I’m tellin’ ya like it is; there are always small tells out there in the music-scene that, if you’re paying attention, all add up to the bigger picture & will certainly give you the hints you need to help track down the bands/artists you wanna listen to.  Sometimes it’s the artwork, sometimes it’s the influences you see listed on social-media, sometimes it’s a title…it can be a ton of things…I’m a firm believer that the gateway into music can start long before pushing play & that a lot can be inferred quite often by these subtle clues – LOYA is definitely included in that.

And so we start to go right down the rabbit hole.  What the heck is a “Heptapod” anyway, you ask?  If you’ve seen the movie The Arrival, you’ve got an idea…essentially, in the world according to the internet, “Heptapod” refers to an intelligent extraterrestrial life-form of some kind.  Is LOYA singing about alien life on this single from the album Komaglass (Available May 18th) – or is it a slick reference to perhaps how this wizard behind the curtain, the brainchild of this project Nathan Johnson views himself?  OR…is it about a totally different third theory that I haven’t thought of yet as I write this?  The suspense will kill us all, I know.

Truthfully, lyrically-speaking, I’m sure this will be up for debate when it comes to what “Heptapod” is really all about…and I think that plays to the advantage of LOYA and the air of mystique shrouding this solo project.  From the picture at his Facebook page, I’d venture a guess that Nathan is younger than I am – but from the looks of the listed influences on his own style/sound, it appears that we definitely appreciate a ton of the same things about music from atmosphere, attitude, mood, & tone, to key bands like Deftones, Massive Attack, and Nine Inch Nails that truly understand how to define these attributes so strongly in their own material.  Life as a reviewer would go much easier if everything gelled like this – a natural sum of what’s influenced Nathan along the way, combined with his own twists & imagination; essentially we’re all swayed by the power of music we love, but the most important thing is to find ways to take that inspiration and let it drive your own perspective forward.  That’s what he’s done here.

Because you can hear that low-end swell and deep atmospheric electro-pulse you’d find at the heartbeat of a Massive Attack song…or the brilliantly placed electro-percussion programmed like a slow-burning NIN cut…you can hear those influences for sure – but I gotta say, I think the more pronounced dark-pop sound of LOYA really does shift the entire style strongly enough to establish its own identity.  Particularly, through the vocals…there’s a contrasting brightness to the sound that works really well with the sonic-depth of the music.  I think the verse has serious appeal & entices you in with its chilled-out beginning, and from there “Heptapod” shifts along expertly into chorus hooks that have authentic staying-power.  The attention to detail in the intricate layers of how this is put together and the way the sounds come to the surface or thrive in the background all adds up to a song that will never get tired.  “Heptapod” is the kind of cut that you can listen to for a hell of a long time and still feel like you’re hearing something new inside of what it has to offer the ears.  Will Nathan have to fight off some auto-tune haters?  Of course!  But whatever!  That’s not anything he isn’t already expecting with the approach he’s taken to the vocals in LOYA – and those naïve enough to believe that it can’t be used effectively or can serve a purpose in an overall sound are highly advised to reconsider.  Songs like “Heptapod” are a strong example of how it can contribute to the entire vibe or atmosphere that’s being put forth in the music and complement it nearly in the same way that adding another instrument would.  The melody that Nathan finds in the vocal-flow of both the verse and chorus on “Heptapod” is still completely intact, while also enhanced by the robotic/alien-like nature of the auto-tuner.  It’s all about finding the right approach with the effect & vocals to the energy and ideas at the core of the music…and I believe that’s exactly what LOYA has managed to pull off exceptionally well on this new single.  The work has been put in, the effort has been made, the ideas are fresh, the sound has multiple dimensions – this otherworldly cut definitely does its job in making me curious about what else is out there from LOYA, just as a great single should.  I figured this might grab my attention…bet it grabs yours too.

Find out more about LOYA from the official Facebook page at:  https://facebook.com/loyaband