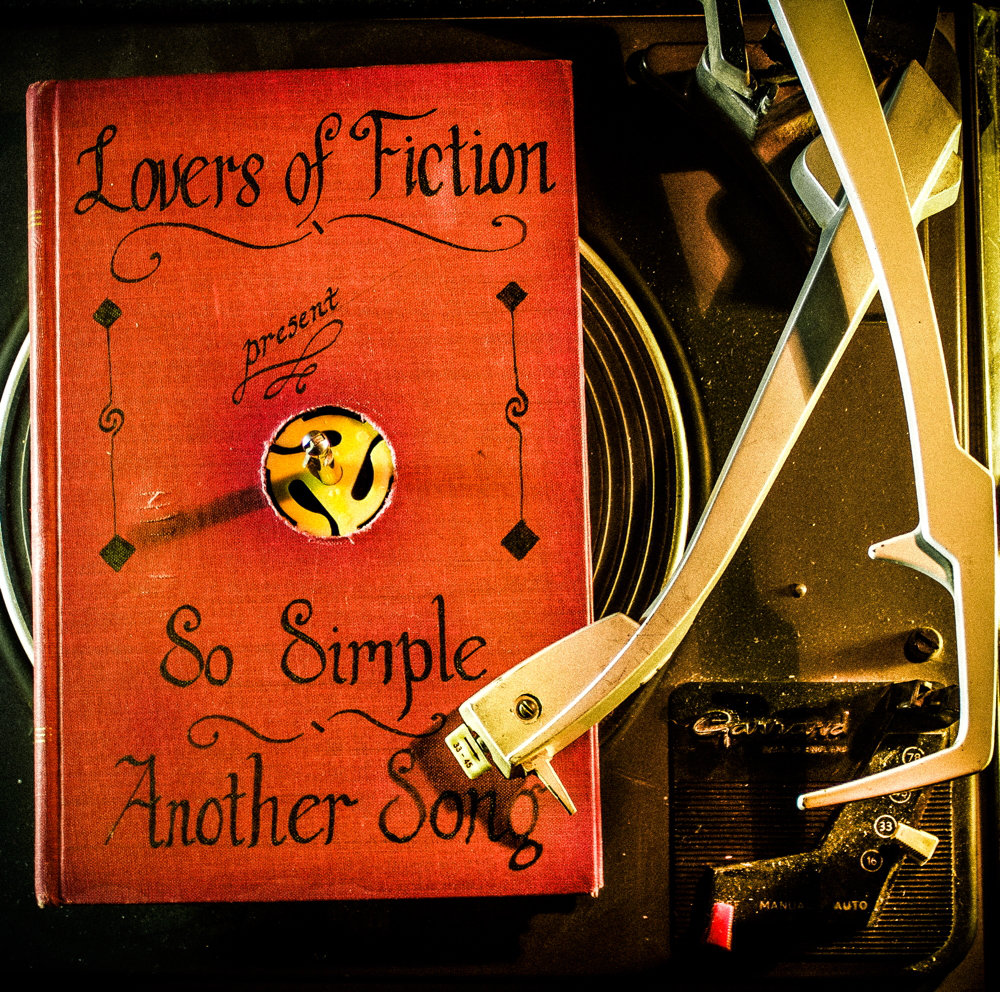 Lovers Of Fiction – “So Simple” / “Another Song” – Singles Review

Hmmmm. Are people going to get this?

I like to think so. Honestly…I mean, if you’re looking at it from a musician’s perspective, I’d think that even J.K. Simmons would find this to be the exact tempo he was constantly searching for. As far as the rest of the world is concerned…to be truthful, I have no idea…because true-art is subjective – and I could definitely make an argument that true-art is what you’ll be hearing when you listen to the extreme ideas of classical-compositions and rock-music combine through the music made by Lovers Of Fiction.

No joke – this project is unique from the moment the first of these two new-singles, “So Simple” starts-up…but it was beforehand. In a real-life case of Whiplash – Lovers Of Fiction contains a professor and three of his top-students…who…from what I can hear…have graduated with honours by now? Professor…you’re hearing me right? If you’re holding these kids back for any reason at this point, certainly they’ve figured out it’s because you seriously like to JAM?

But that being said…I can understand why these guys would wanna jam WITH ya. For real…if these guys are still ‘students’ – they’re pretty much being asked to play The Black Page – and these guys are NAILING it. There is NO slouching in either of these two tracks…and even though they’re jammed with complexity, impressive-musicianship and an atmosphere that is truly out of this world – it will be a little tough for the average set of ears to process. Similar projects like Morning Teleportation have had difficulty in swinging the mainstream towards their erratic and exotic sounds, but at the same time the people that they’ve gained as fans, they’ve gained for life. I believe the same would be potentially true for Lovers Of Fiction…it’s the kind of unique combination that is SO unique that it takes some convincing for the everyday ears that only give so much of their time to music as it is to give music this unpredictable, exciting, full and vibrant their precious minutes & seconds. Again…it’s always my hope that people out there are realizing that music can be so much more than simply verse/chorus/verse or something to twerk to…it’s always my hope to stumble across real ingenuity and innovation like what you’ll find in the music from Lovers Of Fiction.

“So Simple” is nearly a combination of an orchestra-meets-The Ramones. This first of the two songs moves incredibly slickly…smart pop/punk attitude with great ideas for the vocals and harmonies. The drums are absolutely sick – I’m telling ya, this guy would have made Simmons crack a hammock-wide smile in Whiplash…the dude is ROCKIN and in my opinion, really moves this track along. “So Simple” got me excited…it’s a solid tune…but if I was to look at the ABC’s of closing a sale on my opinion…well…’the closer’ has got to be “Another Song.”

What an incredible composition! “Another Song” is an audible-triumph with a magic that would be impossible to duplicate. I love the combination of the piano and the vocals…and how these two elements seem to stumble and swagger along with style through the verse. The chorus explodes into a fireworks-display of incredible guitars and massive drum-fills…there is SO MUCH going on in the sound and the thickness of it all, that you’d almost wonder if there’s anything going wrong at all in the middle of everything that is so clearly going RIGHT for Lovers Of Fiction on “Another Song.” It would honestly be hard to tell…but the best thing I can say in their defense is that after listening to this song a truly epic amount of times, that if there IS anything out of place, I certainly can’t hear it. What I can hear is true ambition and the true courage to go after some really incredible ideas – I absolutely love the singalong-aspect of the chorus in “Another Song” and how it sounds like mayhem & mischief just broke-out at closing-time at the bar…no one wants to go home…they love the band and they want “Another Song” and most certainly, another-round. Again…you know me people…it’s just where the atmosphere is taking me, not what the song is about. If I had to take a stab at the meaning behind the lyrics…I’d say that “Another Song” is actually largely about embracing creativity and going after it before it’s too late. About using the ability to inspire for the power of good…and the frustrations that come with great advice falling upon deaf ears sometimes…I could be way off here…but that’s what I’ve got people.

In any event – the music and the melody of “Another Song” were so BIG, so full, so crazy and so controlled, I absolutely loved it. What started off perfectly with “So Simple” is completely capped-off by the confirmation of “Another Song” – this is a band I’ll certainly be keeping an ear on.

Because this IS more than music…this is the art of writing, the art of musicianship, and the true-art of the freedom of expression. Huge respect for this project – there’s something truly genius brewing in the melodic-madness of Lovers Of Fiction – I’m stoked to see what they’ll come up with next and their full-album debut is coming out SOON!

Find out the latest news about Lovers Of Fiction and support the band at Facebook: https://www.facebook.com/LoversofFictionband

Tags: Another Song Lovers Of Fiction Singles sleepingbagstudios So Simple