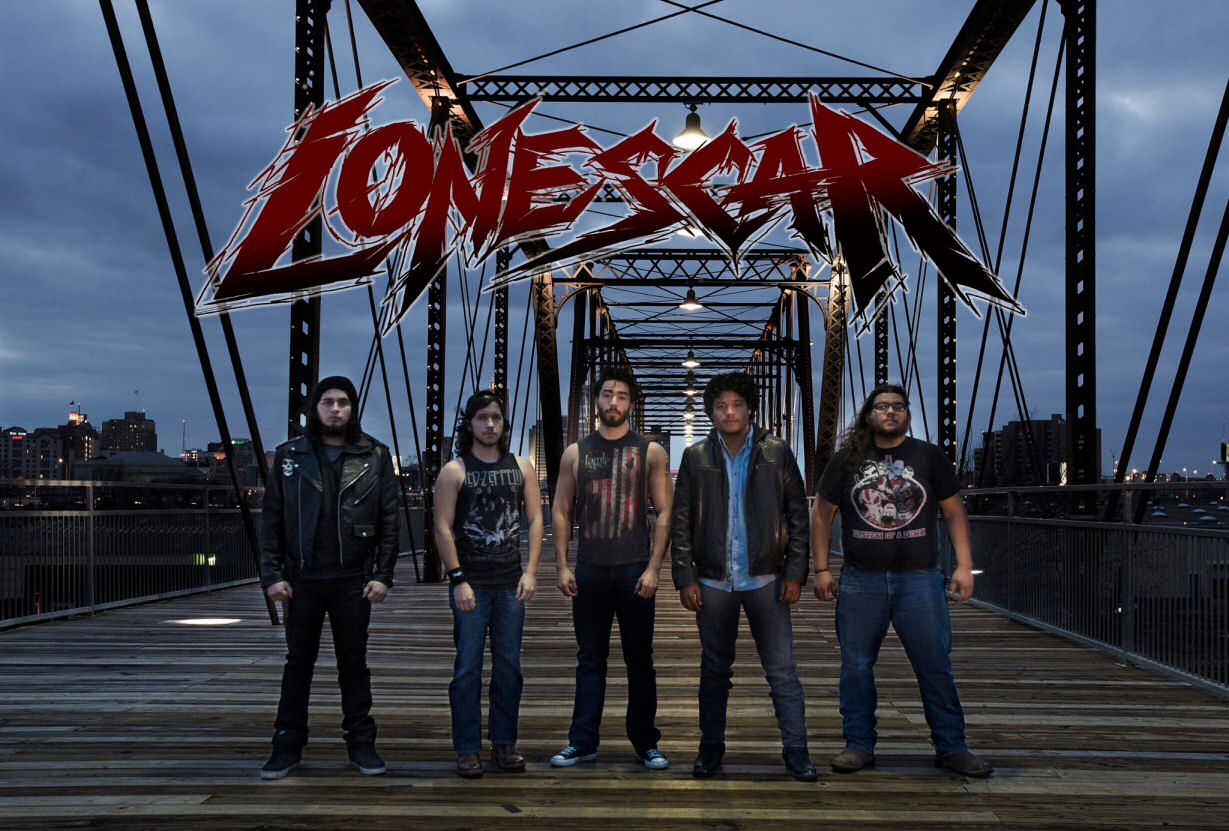 …so anyhow, let me tell you all about how starting the foray into the music of Lonescar with the “Awakening (Rough Demo)” cut…well…hmm, what can I say aside from the very first opening moments of the song made me believe I was about to head back to the early Metallica of old that people still love so much and latch onto. Rest assured dear readers…if I felt like this entered the sandman or continued to stay in the familiar mechanical guitar grind, I probably would have made this a short-short listen.

Thankfully, Lonescar turns up the innovation and creativity quickly and rampages into territory much beyond that of any traditional style, nearly right on the edge of what I hear them youngsters call ‘grindcore.’ It’s certainly not music for the faint of heart and of course not intended to please the entire world; this is for those that can stomach the audible-extremes and raging spirit of controlled-chaos.

Or…well…I mean at least I think they have control over this…I honestly don’t know. These guys might turn on their amplifiers and warm-up the demons & beasts living on the inside and call it a day. Have a listen first and THEN tell me this isn’t a plausible theory…

I gotta say though…this is some pretty impressive stuff in the field of hard-core-anything, these guys come out instantly attacking on “Bloodluck” and never let up from there in these first three songs we’ve gotten our ears on. From ripping drum-beats to insane, throat-ripping screams – Lonescar is pouring commitment and authority into their music. Over the course of just-over four minutes, this wildly explosive band rages through multiple tempos & timings, solos and an entire war’s worth of aggression into this one tune.

And I feel like my speakers are going to eat my face. Is that a something?

“Valley” is a complete standout for drum-complexity and it’s pulled off extremely well by JC Hernandez. The opening rip into the double-kick gives me a straight-standing music-chub – it sounds AWESOME. What I also like about Lonescar is also the clarity on those extremely harsh vocals; they’re coming through perfectly. For fans of the extreme-side of music in metal – these guys are here just doling out the harshness all-freakin-day. Listen to the scream that takes you into the third-minute of this tune; I might not know everything about music this extreme but I know that’s exactly what you want in a scream up front. UNREAL tones that come out of Alex Contreras throat – he’s putting in the kind of performance that really says ‘yeah, it’s cool…I totally wasn’t thinking about using my voice for the rest of the YEAR anyhow – why, what are you up to?’ These five guys are leaving nothing on the floor – they are tearing this place apart in only three songs and…

…and I swear that crack in the studio wall wasn’t there before I started these songs was it? This music is actually physically breaking apart the studio walls and I literally can’t pinpoint which of the five would be ultimately responsible as they are all playing these songs within an inch of their lives. Might just have to hold them all accountable and just send the bill – I’m sure they get them all the time for reducing established structures to mere rubble after a listening to their music…probably just NBD to Lonescar…just another day in the life of I’d bet.

Anyhow…as they slaughter my mind a final time through the mountainous & massive song that is only a DEMO somehow…like, what? Really – “Awakening” is just a hair’s breath away from being what a produced might consider ready to roll…maybe a tad muddier in comparison to the previous two but I am certainly not talking about that much. This one is lengthy but packs tremendous sounds in through the bass & guitars on “Awakening” and the blueprint of the idea itself as it stands right now is presented with as much commitment and conviction as they’ve displayed throughout their music so far.

Proving they are a serious force to be reckoned with straight out-of-the-gate with this debut material – these five are bound to turn heads like Linda Blair from the extreme sounds they make.

Check out Lonescar at their official pages: