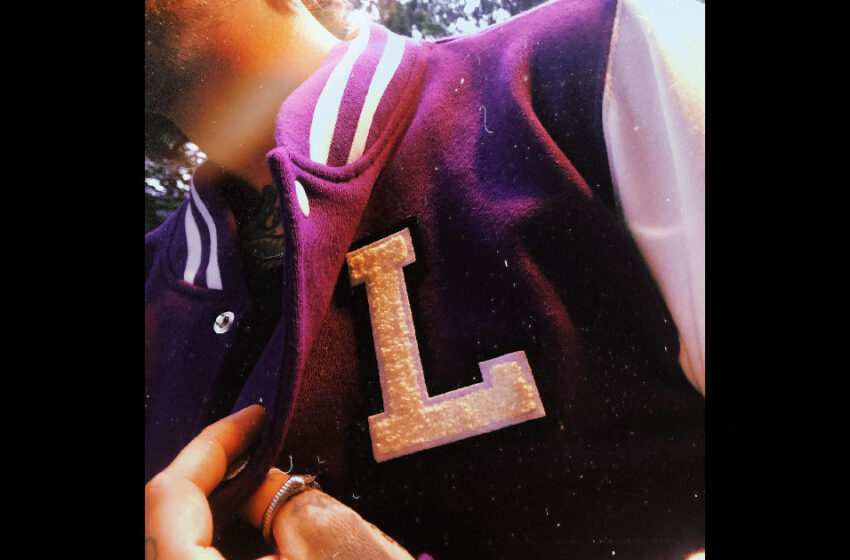 I just wanna make sure I’ve got the moral of this story straight after watching the video.  When life gives you lemons and your potential bride to be says no to your proposal on live national television, the natural solution is to head right over to the ol’ garage, start rocking the fuck out, and eventually realize that the girl you’re supposed to be with is the one that’s been in your corner all along?  Am I getting this right?  Kinda?  Sorta?  Maybe?

Alright – calm down – there’s a lot more to it than that, and Lielack has got themselves a really stellar combination of music & video goin’ on here.  If you’re looking for sound comparisons & all that kinda stuff you’re probably looking along the lines of good ol’ Posty or MGK…that whole genre of stylistic sound that is pretty much of hybrid hodgepodge of all-things-melodic and awesome…you know the one I’m talking about.  I’ve seen it go by Indie-Emo, Emo-Pop, Punk-Pop, etc. etc. and the list goes on – Lielack is sticking with Nu-Punk and I say all the more power to them – no one’s really defined this yet.  Call it whatever you want as far as I’m concerned – just do the right thing and turn this UP where it belongs will ya?  Because what I can tell ya without a doubt is, that I’m absolutely loving what I hear outta these guys – and the focus that they’ve got…folks…I’m tellin’ ya…let’s just say you don’t usually find it along with this kinda music…

Lielack’s got it though – they’ve got the chops for a three-piece for sure, the personality to go along with it, and a single & video here that really stack up brilliantly together, that’s the facts.  When it comes right down to it, “Nu4U” is a break-up song to a degree, but it’s also about what happens in the aftermath even more…it’s about how much we’re willing to compromise who we are and change for someone else.  Don’t get me wrong – I might be way too old to change for anyone at this point in my grey-bearded life, but I DO remember that feeling, and lord knows ya just gotta look down the street any which way and you’ll see someone changing up their game to try & suit someone else right NOW.  YOU have probably done it yourself at one point – I know I have – I think we all learn that lesson the extremely hard way no matter how we might try to prevent it…believe me when I say, if you DO learn something, you’re one of the lucky ones.  I know far too many people that become someone else FOR someone else and it’s just tiring to even watch now – and even more maddening when you realize the mistake that’s actually being made in doing that.  Essentially, you’d be trading in everything that made you uniquely special to that other person in the first place and what connected you to them, for something more superficial – and in some cases, straight-up strange.  We’ve all met those two people that are far, far too alike, haven’t we?  I cannot even begin to express how the last person I’d ever want to date, ever again, is me – you dig?

Between both its song and video, “Nu4U” tackles this straight on with equal focus & honest fearlessness – I’m seriously impressed.  From sight to sound, they’ve got it locked down – the instrumentation is fully on-point, the vocals are spot-on, the song itself is killer & loaded with hooks from the music to the mic, and the video they’ve put together supports the theme and concept of this cut as perfectly as you could ever ask for or hope to find as a viewer/listener.  Beyond all things, they capture something significantly special that ties this whole thing together and makes it as relatable as it becomes – and that’s the desire to change.  Look…don’t get me wrong, at the end of the day, I ain’t gonna be the one to advise doing that, because I’ve been there, and I’ve done that – but do I understand the temptation?  Do I get the sincere want to be with someone so bad that you’d maybe even start going full GOTH like you see Lielack do in the video for “Nu4U?”  Hell YES I get that – that’s the very feeling of the power of love at its finest, which they communicate perfectly through one of their main hooks at the end of the chorus of “Nu4U,” singing “I wanna sell my soul for you” – it’s as insightful as it is honest & sincere.  Lielack gives this track what’s arguably an even more important spin towards the end of this song as they break it down, and expand this cut further to start stressing the value of self-worth and realizing what you ultimately deserve…and achieving that understanding that you should never settle for anything less.

MAYBE I’ve read too much into this…but I think I’ve got a handle on it.  I’m just saying it’s always a possibility…and yes, I recognize I’ve gone into way too much detail here in talking about something with the label of Punk attached to it, I get it.  The reality is though, Lielack proves right here with this single & video that they’re thinking about their music & career from every angle, right from the concept to the final results, both visually and audibly.  If they keep that up, the sky ain’t even the limit – these guys could go on the seriously crush the scene out there with such addictive & relevant sound so built for the right here & now.  And if I was a betting man, I’d push all-in on Lielack to go on & continue to conquer from here – this is their DEBUT cut, and they’re already cracking the bat for a serious homerun; to think that they’ll just go on to get even better from here is kinda staggering really…but I’m 100% here for it.

Find out more about Lielack from their official website at:  https://lielackmusic.com