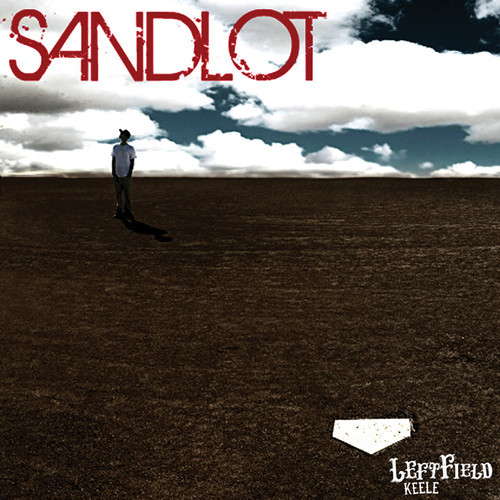 Anytime I see a track called something like “Rollin Smokin,” the first track on this seven-track groove filled album from hip-hop artist Leftfield Keele, well…I live on the west coast of Canada in BC – there can only BE one connotation that comes to mind. It seems like Leftfield Keele, based out of Toronto had the same theme on his mind.

Talk about flow. “Land Of Opportunity” comes directly after “Rollin Smokin,” with one of the best rhythm and lyrical cascades that you’ll hear this year. Listening to a track like this, and realizing this is a two-for-two punch in the opening tracks – there’s no denying that Leftfield Keele is overflowing with talent and putting everything he’s got into these tracks.

Hip-hop and rap is something that we’re gaining experience points in every day that seems to go by here at sleepingbagstudios. What started out here with a major dry spell here in the wordsmith department has branched out over these past months. During that time one thing has become astoundingly apparent – the underground indie rap scene is alive and well with a creative thirst like never before. I listen to these MC’s coming up and it really is jaw-dropping just how much talent truly is out there.

“Field Of Dreams” is another example of the masterful grip that Leftfield Keele has on his lyrical design. What I’m appreciating more and more from this album as track after track goes by is that I’m not hearing that EXTRA word. Tell me someone out there knows what I mean! Indie rap – while almost always a guarantee to display a fantastic level of talent, still usually has a verse or two where I find that I wish the verse or chorus had one or two less words to truly fit the metering of the flow. This is where Leftfield Keele truly shines; there’s no mistakes here, no words out of place. The time has been taken to make sure this comes across as correct, direct and on-beat as a great rap album should be.

“Foot up on the gas, cut the brake pads, ain’t nothing slowing me down,” is how Leftfield Keele has put it in the track “Cruise Control” – and that’s a statement in bold truth. This might arguably be the slowest and most chill track on the album but still has room to house yet another incredible rhyme scheme on this album; leading into the final track “Window” – a playful party vibe that has both beautiful melody and a well-designed chorus that is guaranteed to get you swaying along to the beat.

All in all – I’ve said it before, but it’s a true pleasure to have this gift of being able to wake up and start a day with new and exciting music. There’s no time of day I’d rather do a review than first thing in the morning as the sun is coming up behind me through the sliding glass doors of the studio control room. I never know what’s coming at me – it’s always a unique experience and surprise. Leftfield Keele is certainly no exception – it’s got me staring out my own “Window” right now daydreaming while I listen to this incredibly cohesive and tight album Sandlot.

Whether Leftfield Keele is riding solo or getting help from talented artists like Xtiin Jones on “Away” or Gardener on “Bill Murray” – each and every track put down here is a solid entity and something you’ll want to hear again with no doubt. With skills like this – and the constant demonstration OF said skills coming track after track after track – there’s no doubt in my mind either. Not only would I myself listen to this album again and again – Leftfield Keele is also a name that I am positive I will be hearing again in the future as well. His rhymes come in a tightly wrapped hip-hop package and deliver the full flavor of summer all the way through.

And if he keeps his skills this sharp – there won’t be anything in the game that can slow him down or stop him from reaching the top of his field. Check this album out!