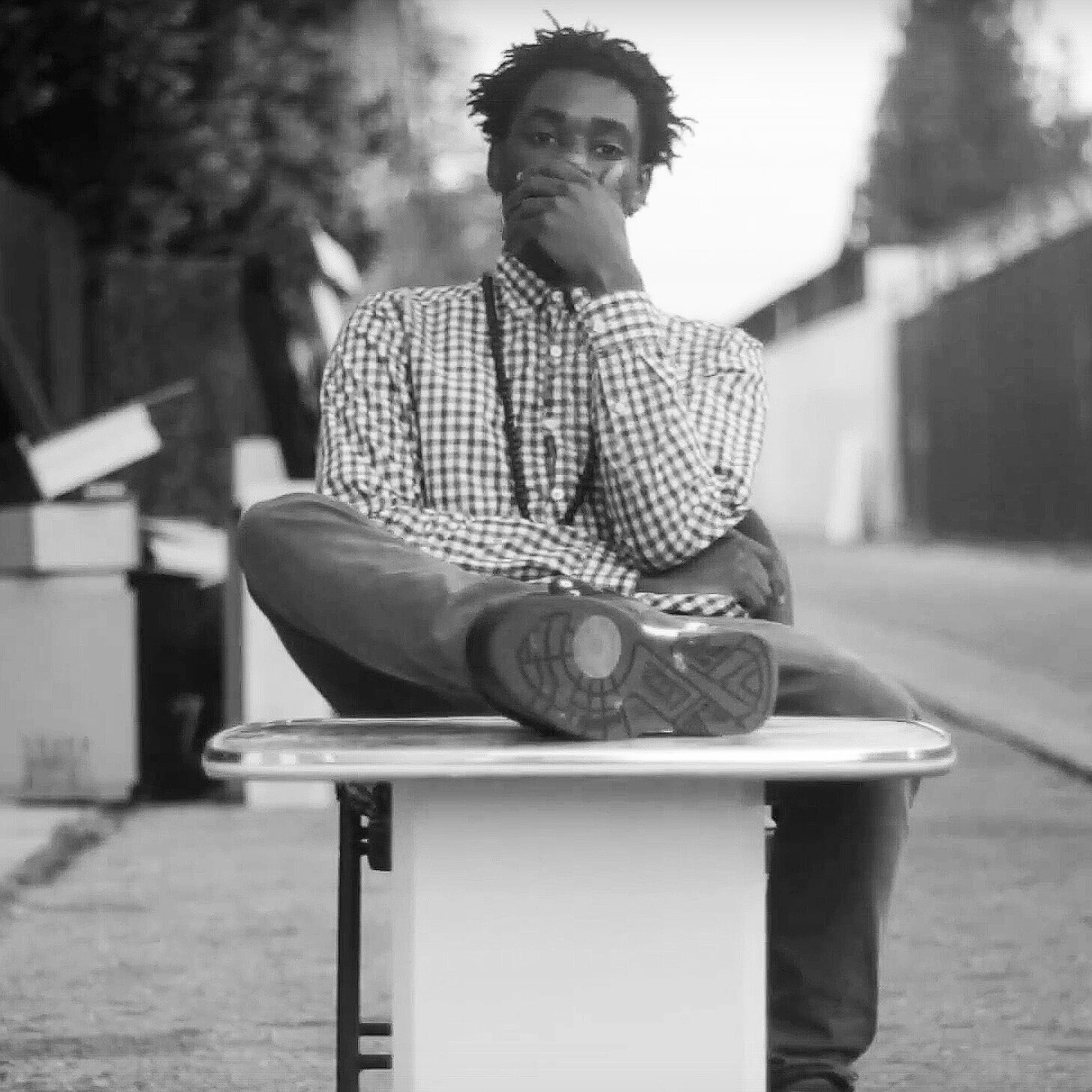 Credit to this guy.  First correspondence I had with young Leeroy Jelks impressed me…he’s only eighteen years-old but already has the foresight to know that jumping into the rap-game as just another pawn or player won’t do – he’s on a path and mission to define his own style & sound in hip-hop music that he’s calling ‘alternative boom bap.’  Because, you know, the world needs more sub-genres of music of course, the reviewer said, sarcastically.  I’ll put it to you this way…a title can mean anything these days; but when it comes to the music, the idea and concept of defining one’s style to something all-new and 100% his own has me thinking Jelks is definitely worthy of respect on principles alone.  I can dig the idea of going after something that’s never been done before as opposed to just being another part of an existing entity or leeching off ideas that have already been played-out…but of course, when you read something like that…you know that the music that comes after such a statement also really has to represent.  Will Leeroy Jelks be as innovative at eighteen as he’s hoping it all sounds?  Read on!

So we have three singles from an upcoming project being released in August from Leeroy Jelks, and I started with a glitch-filled jazz/electro hip-hop jam called “Chop It Up” – and you can hear quickly that this emcee is a true man of his word.  “Chop It Up” not only has intense edits that add a serious amount of complexity to the beat & music, but Jelks STROLLS through this tune as if almost unaffected by every curveball thrown at him in this first-cut, and there are many of them.  If anything, it brings to mind something maybe like Prefuse 73 or Flying Lotus…but the list of people that make music in this style are few and far between.  The reason for that…mainly…is that it takes a serious amount of HARD WORK to make a song like “Chop It Up” – so don’t be fooled be the chilled, relaxed tone and attitude of Jelks in this tune…you just can’t make a track like this without a serious amount of love and dedication to the art of it all from performance to production.  It’s like a blend of IDM, jazz & hip-hop I suppose when it comes right down to it – but what I really like about what Jelks is bringing to my stereo right now is that both the music AND the vocals are captivating in their own respect; each of these elements bring strength to this cut overall.  “Chop It Up” has energy and gets rowdy when it needs to, and it chills out just as much of the time; the rhymes are smooth and the flow is strong – the hooks come at you from everywhere in an audibly stunning structure and smartly produced hip-hop track.

The second cut I listened to was a song called “Juice From Concentrate” – which was a cut that really brought out the growl in Leeroy’s vocals…dude sounds HUNGRY for the mic, and you gotta like that.  Jelks has used different producers for each of the tracks I’ve got here…and to be truthful, this one comes out sounding a little more distant and less clear than the stunning clarity of “Chop It Up.”  Now…as I’ve often said, production can play a huge part in our sound & music – but it’s important to note that so can song placement upon a record.  Basically what I’m saying is…even though there’s a massive contrast in the ‘brightness’ of the sound in between these two songs…depending on how it’s all laid out on what Jelks has called The Precipitation being released in August, it could potentially find more strength due to where it sits on the record.  “Juice From Concentrate” to me, would make a good final track.  I like the samples in the background, and the beat in general…I think in general the music around Leeroy could still come up a couple more notches around him and he’d still sound every bit as strong.  Chances are the music, with its groovin’ bass-line and piano-keys combining together with the solid beat & samples would all sound a bit bigger than it does right now.  At the moment, Jelks sounds almost larger than life on this one…like he started to growl every time they went to turn that music up and production elected to keep all their limbs rather than risk turning it up and losing a hand.  All that being said – “Juice From Concentrate” once again combines a solid amount of jazz into the beat, music & flow once again…and I think that’s a sound that Jelks really has working for him strongly.  The way the music begins to warp and bend towards the end sounds genius…really well put together and another strong performance from Jelks on the mic; could all be a bit bigger in the mix in my opinion, but completely entertaining all the same.

Latest cut and last track we’re previewing here from the upcoming record The Precipitation, is a track called “Gemineye” that was only released about a day or so ago – so this one’s fresh out the studio for sure.  Jelks has done a great job of keeping it consistent in terms of his style and the writing & flow of his work.  You can hear the solid grip that Leeroy has on wordplay as “Gemineye” keeps the sentences coming at ya, pivoting and shifting perfectly alongside another jazz-influenced beat.  None of the sounds he’s used have bored me…none of them overdo it, none of them do too much either…it’s focused from the words to the music.  For only eighteen years-old, there’s no doubt about the amount of promise in Jelks and his upcoming career in music – he’s definitely pursuing a style that’s defined and identifiable, and I’d be willing to bet that the consistency, hard-work and focus he’s putting into his music to make each moment worthy of your time will certainly pay off for this talented emcee.  He raps with extreme confidence…and he should – the man’s got mad skills and serious insight into a genre that needs something new like this.

You can check out these tracks for yourself and a few more at his page at Soundcloud here:  https://soundcloud.com/jellyfilled