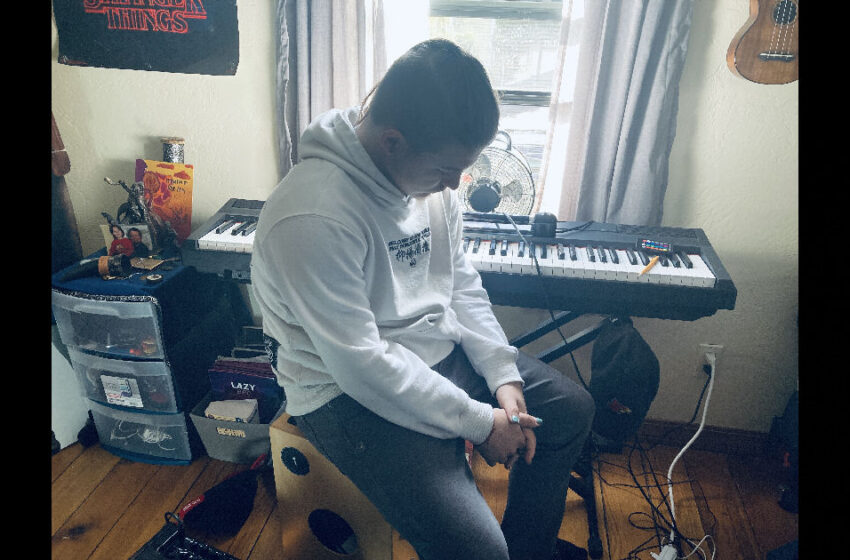 Over the course of the past 365, Lazy Bird has built up quite the catalog.  A completely solid breakout year – his production & creative output has been moving quickly with the release of his single “Sugar,” the Submerged EP last year, a new seven cuts on his 2022 record called Spaced Out, which includes this track right here called “Reflection” – he’s got multiple videos, several social media accounts poppin’ off – dude’s got all kinds of stuff goin’ on and he’s making moves that count.  All-in-all, you can tell that Lazy Bird has set himself up to make the most of every moment he has as an artist as he establishes his name in the game and makes his way up the charts with his hybrid versatility & elastically dynamic approach to the m-i-c.  LB’s got bars, no doubt about that – and perhaps most importantly, the man’s not only got something to say, but he’s got the ability to say what he wants to, exactly how he wants to say it – ultimately, that skill will carry him a long way in combination with the diversity in his flow & the stylistic swagger he puts into his music…people out there dig what’s real, and Lazy Bird is certainly that, 100%.

He might still be young, sure – but make no mistake, LB is obviously willing to put in the work, and he’s already getting the results in response to his talent, work-ethic, music, and videos online; this is where it all begins, and clearly he’s got his mind set & dedicated to making sure he goes straight up from here on in.  “Reflection” is a solid cut at the early end of his career so far – it’s a single/video that shows he’s got the kind of fluidity, creativity, and insightful lyricism that makes the difference.  Diving into a nostalgic trip that takes you into a verbal journey of much of what he’s been through to get to where he is today – “Reflection” lyrically takes stock of where he is now, as he ponders what the future holds and his next moves ahead.  Sometimes you gotta look back to know how you wanna move forward – you know how it is y’all.  “Reflection” is an excellent example of how the experiences of Lazy Bird’s past have built him into the artist that he is here in the present day, and points directly towards the longevity of his career over these years to follow.  That is…assuming he stops layin’ down in the middle of the train tracks of course…longevity is much harder to achieve if that’s where you’re sleepin’ homie…I’m just sayin.’

Find out more about Lazy Bird from the official pages below!