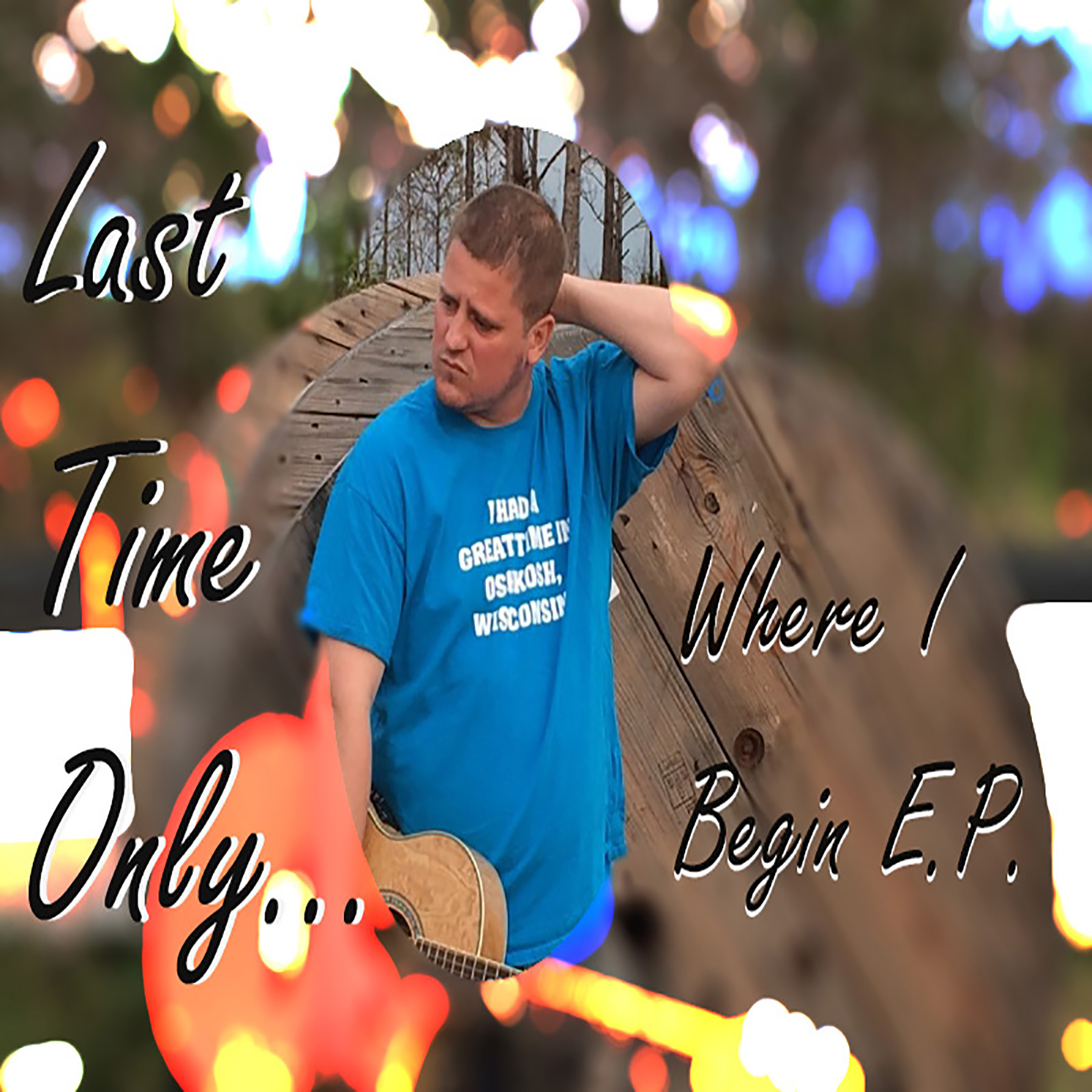 Last Time Only – Where I Begin – EP Review

You can definitely hear the influences of the alternative/indie/emo music of our history on the music of Jared Woodruff in his songwriting and sound throughout his project Last Time Only.  He’s got a brand-new album just released, and also an EP called Where I Begin that serves as a preview of sorts…it’ll give you a decent snapshot of the guy and his music – though I’m not sure it’ll give you the full picture of his talent & abilities.

Put it to you this way…first impressions always count for a lot.  If I was judging this solely from the opening track of the EP – the title-track of the record, “Where I Begin” – there’d be a solid chance that this review might not have ended up as favorable as it’ll eventually become over the course of listening to the rest of the four songs that line the mini-version of his album.  Don’t get me wrong…there’s still stuff to love about it…still good things that will more than likely pull you in…but there’s also a lot of what I’d consider to be slightly obvious in the writing of the first track that starts this new record.  As I’ve often said…those centerpieces can quite often be our downfall…songs that we WANT to come out better than the rest…the ones we really pour our hearts and souls into; that pressure to live up to our own ambitions can cost us in more scenarios than I’ve been able to count.  I think that Jared slightly suffers from that on this first tune on the Last Time Only EP…you can hear from the passion in his voice and the determination in his lyrics that this is indeed an important song to him, one that no doubt represents a lot of the struggle of an artist still finding his way.  From the intensity of his vocals – you can tell that despite the confusion – he’s bound to find his way, come hell or high-water.  Of all things for myself personally, that’s probably what kept me listening intently…otherwise I’d have felt like the vocal-flow matched the melody from the guitar a little too-well in a sense.  Maybe not necessarily ‘obvious’ as I’ve said…but I’ll fully admit I didn’t feel as if he’d really challenged himself enough on this opening tune.  The strength of his voice however…was more than enough to warrant a curiosity that continued with enough enthusiasm to check into what this guy was really all about.

And this is where I felt like the bait & switch began to reveal itself.  Each of these subsequent tunes…at least to me…seemed phenomenally better than the track I’d first experienced.  “Lost But Never Found” really hits the sweet-spot for melody.  Excellent acoustically-led guitar rhythms sparkle and shine – but again, the vocals of Jared are what truly continue to stand out.  He’s done an exceptional job on this second track…well produced for sure; not only are the vocals extremely well-sung, but he’s also added different elements of production onto them, also making them dance from the lefts and rights of your speakers as the song plays throughout.  He drops the gruffness of the way he sings “Where I Begin” and at this point on the EP, begins to adopt a much softer, more toned set of melodies…but truly, no matter the environment or atmosphere he’s enveloped in – he seems to find ways to sound stunning in his vocals in any setting.  “Lost But Never Found” has a verifiable sweetness to it…and it really does sparkle with the brilliance of that indie-pop style that works perfectly with the crisp & clear melody-line of his guitar layers here on this second cut.

And hey…even in the lyrics of “Lost But Never Found,” he’s claiming to be looking for honesty…so hopefully anything I’ve got to say will be taken with a grain of salt or two…because he’s definitely come to the right place for that.  I have slight issues with the following track “Snow” – but so slight that I’m willing to nearly ignore them in trade for the absolutely brilliant, heartfelt melody that he’s created here.  “Snow” is truly one of the more gorgeous songs I’ve heard this year within this genre…and I think he’s done a seriously fantastic job of bringing the beauty out in this song through his guitar and vocals.  My only slight beef comes from the use of its titular word in the lyrics themselves…not saying it doesn’t certainly belong there to draw out the feeling, emotion and the themes surrounding the quiet, delicate nature of the atmosphere…but it’s nearly overused in the words.  Some of those uses find their way to fit the meter perfectly…other times it seems as if it’s a word that’s just slightly pushed in there a little awkwardly…and metering-wise, sounds a tad bit strained to stay on its proper beat.  It probably sounds like I’m complaining…and you’re absolutely right, I shouldn’t be.  Again – I’d trade any little tics here and there for a melody that comes out this beautiful in its overall sound.  “Snow” isn’t going to just thaw-out your feelings – this song could melt the most frozen hearts out there.  It’s a tremendous time-stopper he’s created on “Snow” – the exact kind of song that makes you stop doing whatever you’re doing to simply take a moment to listen and appreciate the beauty in the imagery of his words.

The Where I Begin EP ends where his full-album eventually chooses to start, going from fourth here on this recording to the first tune you’ll hear on his new full-record.  And going back to one of my initial points that I’ve made – it’s choices like this that can make all the difference in the world.  “Dreams And Nightmares” – at least to me, is a much better choice to make for that first experience in listening to Last Time Only.  Of everything I’ve heard from this one-man music-machine, I think Jared’s found himself a great song that really serves as the summation of his talents and writing – and it would definitely make a great introduction to his music for anyone that has yet to hear it.  As an ending to the EP…I’m certainly not complaining either; some of my favorite guitar-parts from Woodruff find their way into this gentle & delicate melody, including bold & brightened rhythms and really clever backing & lead parts that also include wonderfully played harmonics.  He’s definitely done himself proud on “Dreams And Nightmares” – you get the hint of influences like Dashboard Confessional & Blink 182 – but both from the more sincere parts of their catalogue – and he never overuses them to the point where you’d feel he’s copied what they’ve already done.  These influences simply compliment a style he’s definitely making his own – and with his powerful voice to accompany his gorgeous guitar-melodies…he’s got a great shot at winning you, your ears, your playlists and your hearts completely over.  I think there’s something about Jared’s music and the way that he approaches it that genuinely make you want to root for this guy – and I think the material he’s presented on this EP alone certainly give you a ton of reasons to do just that.

Tags: EP Last Time Only sleepingbagstudios Where I Begin