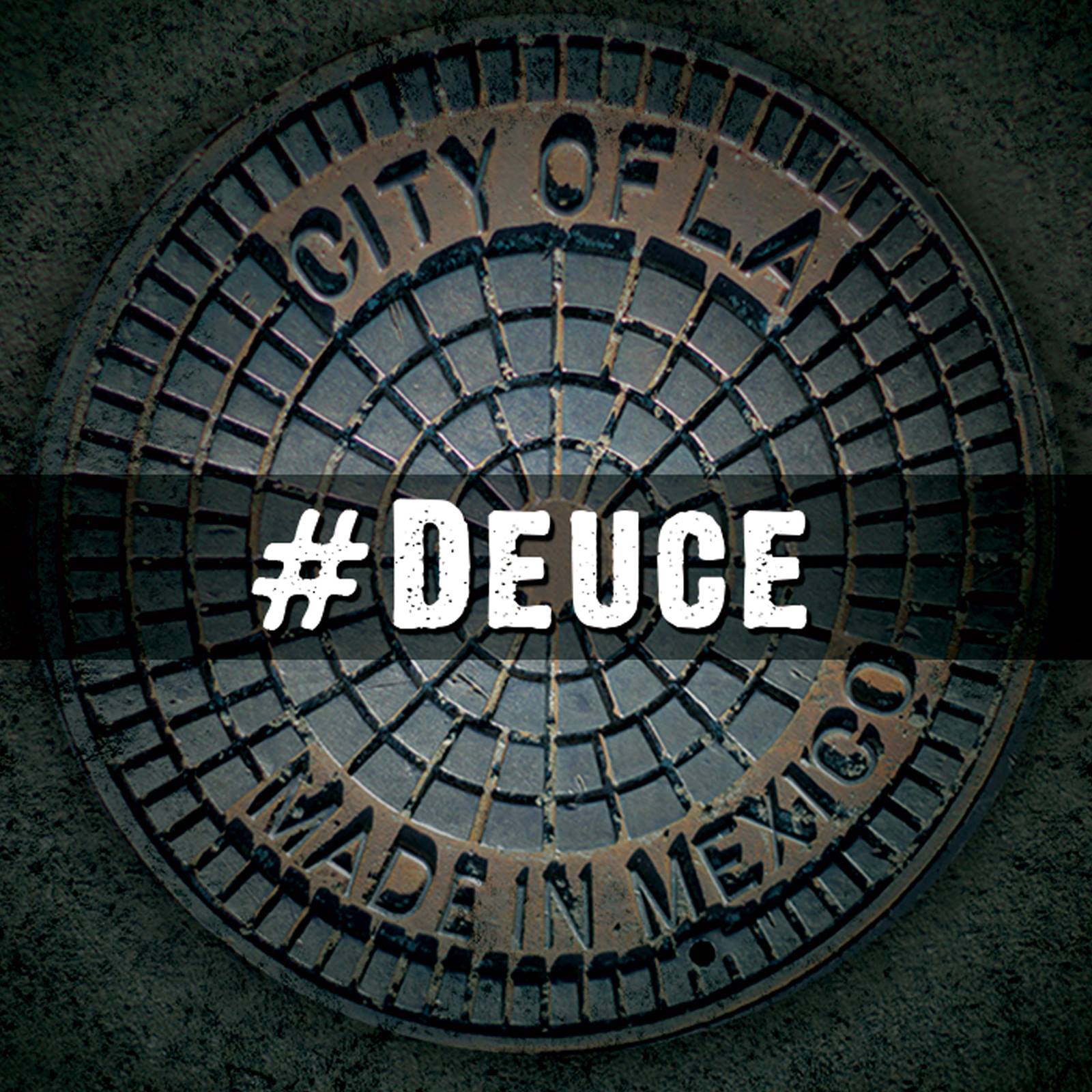 Welcome back! You can consider this Part II of our L.A. Brownies review more or less, with this second half of their debut known as #Deuce carrying on from where we left of yesterday with their album Citizens United; if you didn’t read it, click here. You never know, I might make a reference or two towards it, just sayin…

With the other side I lightly accused the band of needing a little more focus to get their messages across…I don’t want anyone to get me wrong here, I get what the L.A. Brownies are up to, I get that their method is to use music with a good time vibe & slight humor to pull people in close to listen and hear that message further. I’m just speculating; let’s not forget that…they’re out there living it, so they know much better than I do if this has been effective.

All that being said, I’d say this side of their debut puts that concept on display with a more serious nature and focus applied to this second half. Opening track “Tell Me How To Live,” starts off #Deuce with their longest track on the album; lead singer Krishna Katukota comes out with a desperate plead to be left to his own devices on this track, well…all of us really as they toss out opinions on the establishment. The L.A. Brownies are certainly willing to stick up for the people, unafraid to express their opinions…and this side of the album might just arguably rock a little more than the previous side.

Even though “Tell Me How To Live,” still possesses a good-time vibe that you can associated with L.A. Brownies, that focus on communicating the message seems prevalent here, and on the following cuts “Make Some Noise” and “The Takeover Makeover.” Both of these songs bring high-energy and maximum impact through their commitment to getting the knowledge to the people, expanding the social consciousness and rocking the house while it’s all happening.

“Pay To Play,” is an undeniably Rage Against The Machine-inspired song. With a heavy rock-riff and pounding drums and bass…these three are showing their skills in their ability to adapt through a variety of sounds over the course of these two albums. While they’re most certain to endure a ton of RATM comparisons for this song, there’s no doubt in my mind that this is the direction that this band needs to take…or a track like “It Ain’t Cool To Be…,” I think these songs show a particular depth and focus and really drive home their respective points, the latter with a slow blues-funk grind that sounds extremely inviting to listen to.

Cranking it up once again, they bring up the guitars and pound drums to the energy-driven cut “iFormer.” Battling concepts like consumerism, corporations and how it all relates to our daily lives; I think what I appreciate most about the L.A. Brownies is that it’s never once felt like they’ve left my side since I started to listen. This is a ‘blue-collar’ band, in the sense that they’re putting themselves right out there on the front lines of the awakening social consciousness, arm-in-arm with the people and marching towards a better world. “iFormer,” plays on and expands a great guitar-based riff and pumps this album up to start the second half.

“They Want To Be Different,” is an excellent song. In a way…I can kind of see some potential for the critics to jump on them for this track…it does have a very loose feel to it, but I think it’s effective. There’s an incredibly difficult vocal flow on this one, crammed with knowledge bombs and including about a novel’s worth of words within this four minute, melodic track. Again…this is the second time I’m calling out L.A. Brownies for a noticeable stretch for some true melody…guys…LISTEN…I’m tellin ya, it WORKS…don’t be afraid! I’ll fully admit, this track in a lot of ways SOUNDS a little less confident…like that push for melody & harmonies frightens them a bit…it results in sounding somewhat unpolished, jammed-out…and beautifully free.

As “Some Kind Of Some Kind,” plays through its heaviness…I’m realizing that the L.A. Brownies have done a fantastic job of separating their two discs in this debut effort. These songs are all definitely ready to go, and I applaud them for getting them all recorded, but more precisely, I’m proud of the way these guys put there two discs together and I’m certainly glad I started with Citizens United to end up here with them on #Deuce. The first half was a great introduction to what they’re capable of; this second half plays out nearly like everything I was begging them for in my first review. As “Who’d We Become?” starts out, there’s no question; this is the focused version of L.A.B. – and these songs work all the way through. With this last one here, it’s a great soft-reggae vibe and melodic song (Yep – still workin’ guys!) that really breaks up the sound on this album in a great way, taking a moment to break from the rock/funk combo just to chill and reflect for a moment.

WAIT A MINUTE. WHAT……I say WHAT….was that I just heard? Krishna, are you SINGING? I had to back this up, cause I hadn’t heard this from him yet…but placed very sneakily just before the third minute of “Who’d We Become,” Krishna gains confidence and really lets loose a sweet tone. Oddly enough, they continue in this melodic-vein, right to the end in what I’d pretty much consider a perfect ending. “We Can’t” is not only a fantastic message that everyone should hear, but this is just a flat-out brilliant performance and recording…a tiny isolated track that really differs from the rest as it begins and then brings out a wicked riff before heading right back into dreamland. I absolutely love this song. They’re probably over there across the internet somewhere scratching their heads, thinking ‘That one? That’s the one he latched onto?’

Why yes gentlemen, it is. L.A. Brownies, you absolutely nailed this final track so hard for me that it completely provided every ounce of impact needed to make all this an entirely memorable experience all on its own. These guys really do have tremendous starting blocks and tremendous ideas when they head in their own direction. When you combine as much sound as they do, as many different styles, you’re bound to have comparisons to this and to that cited right to your face; but anytime they gone their own route and created something much more THEM than anyone else…they’ve come out with a winning impression on a listening ear every time.

I think that focus was really here and audible on this second half of the debut, #Deuce. Everything I felt like I was asking from the L.A. Brownies in the first review, I felt I received here in this second disc. If that doesn’t make for an awesomely satisfying listen…hearing a band rise towards their potential like they are here….well I just don’t know what does.