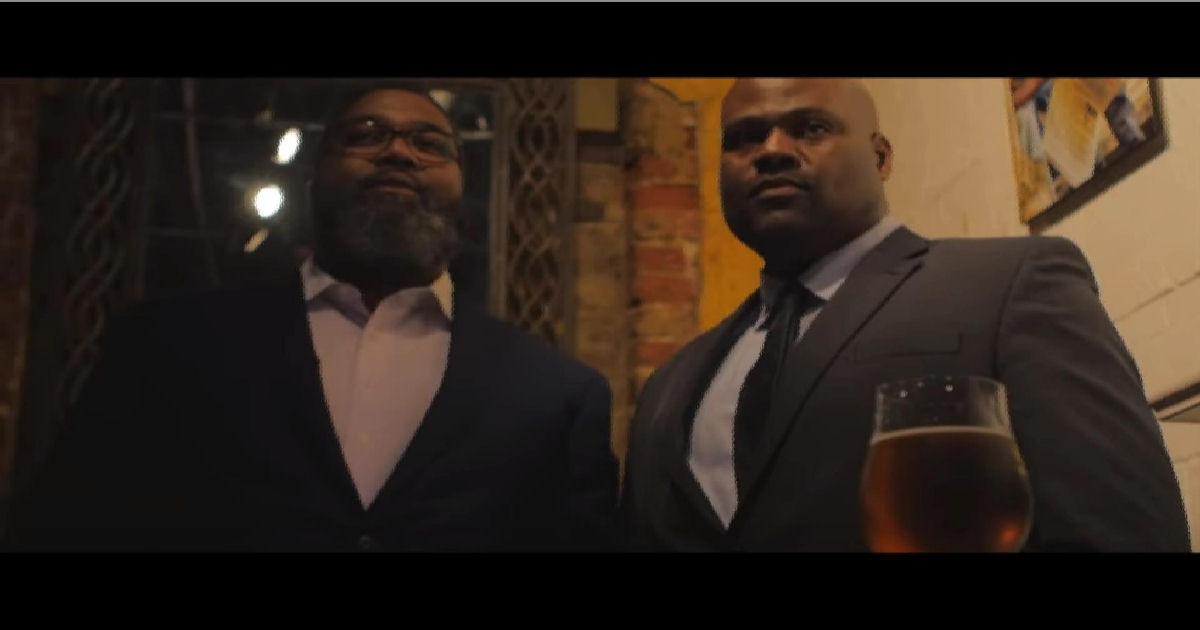 Damn!  Homies…I ain’t gonna lie to ya – you made some tears fall from my face this morning.  This new video from Kinship is powerful stuff to say the very least…to be completely straight-up, what they’ve created here on their new single “Love You Like That” transcends way past a normal listening experience into a message that needs to get out there.  Watch this video, listen to these words…for real – do it.

Domestic violence & abuse is unfortunately much more common than we’d like to believe – I think it’s completely commendable that Kinship has taken a serious moment to promote the discussion, provide the information to get help through the video, and put themselves in the arena of making music for a greater purpose than mere entertainment.  I mean…don’t get me wrong, “Love You Like That” is still jammin’ and a great track, but you get what I’m talking about, they haven’t just created another single for the radio here – they’ve made a song that really matters.

Skillful emcees on the mic too.  You got Mike & Bud on the track, delivering thought-provoking rhyme after rhyme on the bars throughout “Love You Like That” in that knowledgeable style of Hip-Hip you know & love.  A side-note, but one I thought was really important to point out, is that if you read the official write-up posted with the video, you’ll see that it mentions that “Hip-Hop culture has not been immune from the widespread trend of misogyny and disrespect of women throughout the world.”  I found that to not only truthful & accurate, but also insightful; I think many of us out there would certainly acknowledge the role that Rap itself has in promoting misogyny, but even for those that can distinguish between the two genres should take a moment to reflect on what’s really being said there.  Domestic violence can even infiltrate one of the friendliest & welcoming forms of music there is – Hip-Hop…it’s in recognizing something like that, that you have to realize it would virtually be everywhere.

So full props to Kinship for keeping it this real, promoting awareness to the issue and starting the discussion.  I’m not even remotely kidding about the tears I mentioned earlier…there’s a point along the storyline, somewhere in the middle-ish area…you get a scene of a mother visiting her daughter that is…remarkable in every way really.  It’s heartbreaking, devastatingly emotional, written extremely realistically, and performed with the focus, power, & passion that the message calls for…visually displaying the trauma an event like this can cause not only to someone we love, but the family & friends around that would potentially have to deal with the fallout as well.  It details the struggle it takes to make sense of the situation and how tough it can be to find the way out…and most importantly, projects exactly how crucial it IS to get out in order to reclaim your life.

In my humble estimation, “Love You Like That” is very effective and very moving.  I think the rhymes are tighter-than-tight…really great stuff that is equally informative as it is skilled…Kinship reminds me a lot of Blackalicious actually, another solid ally & quality crew on the smart side of Hip-Hop.  I dig this level of seriousness in music personally, and I think that Kinship has made a selfless song that’s designed to truly serve the people.  Respect to their intentions, even more respect to the fact that they took the time to shed light on something really important and fully delivered in both audio & video…I’ve got nothing but love for Kinship and what they’ve achieved on their new single “Love You Like That” – you’ll feel the same way.

Tags: Kinship Love You Like That Music Video sleepingbagstudios