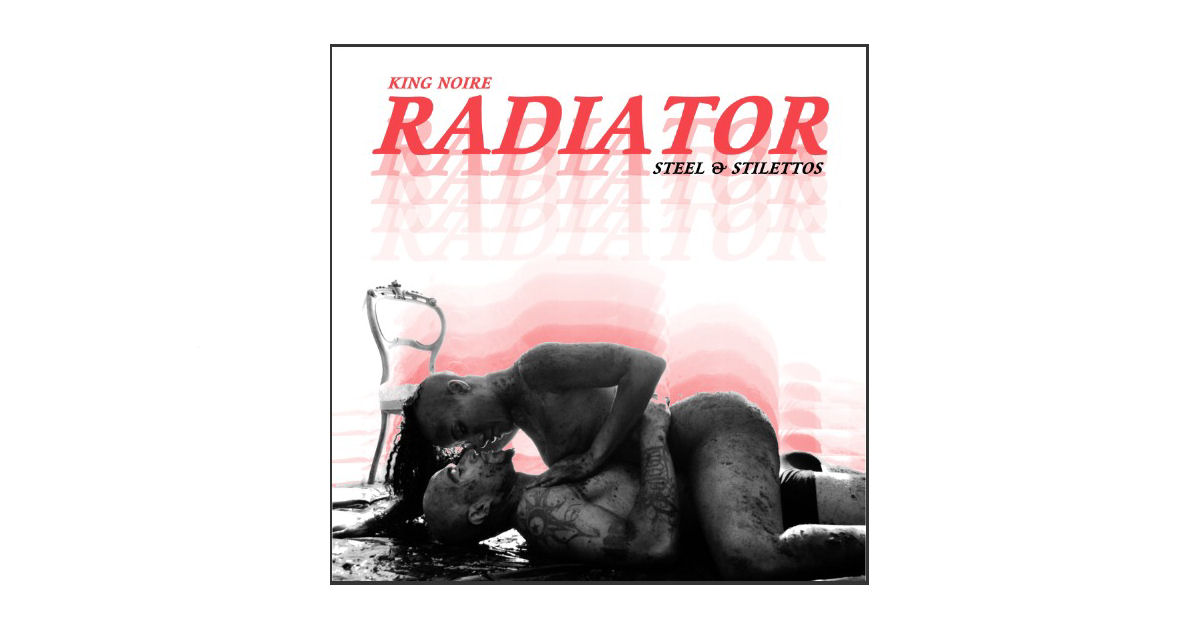 In all honesty I’m trying to figure out if I just heard a supremely badass new Rap track or a straight-up commercial advertisement for King Noire’s big D & how it can supply you ladies out there with the big O.

Either way, I suppose he’s comin’ out with a win here.

I mean…you KNOW thangs went well when your night turns into a morning and you’re servin’ up breakfast like it’s a victory lap.  You’ll see through the steamy scenes goin’ down in the new video that King Noire’s got put together for his latest single “Radiator (Steel & Stilettos)” and hear from the hyper-sexualized lyricism that he puts as much passion between the sheets as he does into the m-i-c y’all.

Prudes out there be watchin’ this video between their fingers while the rest of us get right into the vibe that King Noire fires up on his brand-new cut.  Regardless of what you feel about the content – appreciate the art & commitment at work here.  Take the sound of his vocals for example – King Noire spits confidently, rhythmically, and with authority behind each word so you can hear the conviction in their meaning through his bold tones leaving you more than convinced the man means what he says.  Or take the lyrics themselves…LISTEN to how focused they are; not only does King Noire hit the metering & bars with professional precision, but line after line being spit into the mic is pure GOLD on several levels.  Sure some of these words will make you raise an eyebrow or two – but listen to the lyrics in the opening verse and recognize that King Noire gets down on a whole other level – you gotta bring it intellectually to this man if you wanna get physical…call me crazy, but I find that oddly entirely respectable.  The imagery in his words is bang-on as well – the video leaves ZERO doubt about what this track is really all about, but believe me when I say it comes across just as clearly in the audio version as well.

It’s about fuckin.’  You know, just in case that hasn’t become clear yet.

The transitions into & out of the main hooks of the chorus keep this cut flowing perfectly on-point and the way that King Noire switches up the style of sound between “Radiator (Steel & Stilettos)” definitely keeps us invested in listening the whole distance through this wild tale of freakin’ between the sheets.  Another noteworthy aspect of King Noire’s approach for sure is that he’s definitely a no-holds-barred type of emcee that can take a concept like this and make it believable…make it really work.  Because I don’t want a whole bunch of other emcees out there gettin’ the sense that they can just do the same thing that King Noire is doing – you most likely cannot.  From what you hear on the mic to what you see onscreen in the video, you can tell the man is living out the details you find in his words – probably in real time 24/7 from the sight/sound of things!  So unless you’re REALLY bout that life – best not to front; King Noire has got this angle on music covered like an XL jimmy hat and is already first in line homies.

He says it best himself – “Shades of Grey ain’t got shit on us.”  So there you have it…y’all been ‘parentally advised’ – you’re welcome.

No doubt it works though…from the skills of King Noire to the concept itself, “Radiator (Steel & Stilettos)” hits hard and definitely makes an impact you’ll remember.  Hooks are strong, it’s lyrically sound, and beat pounding along with it all is tight without question; it’s stylistically extreme for sure, but there’s definitely an audience for this out there.  Those that dig the vibe that King Noire has come up with on “Radiator (Steel & Stilettos)” are sure to stick with this emcee’s fresh approach to the Rap game and be unafraid to celebrate the freak in them out in the wide-open while they bump this track at max volume loud & proud.  King Noire is clearly ready to put the work in – you can hear the commitment and grit in his tone – all of which is going to bring him to a loyal following and dedicated fan-base of those that ‘get it.’  And clearly, the approach he’s workin’ with is leading him to stellar results inside of the studio and inside of the bedroom – seems like this man is livin’ the life right now, no doubt.

“Radiator (Steel & Stilettos)” comes from King Noire’s latest record The Royal Fetish Experience – find out more about the album & the artist at his official website:  https://www.kingnoire.com