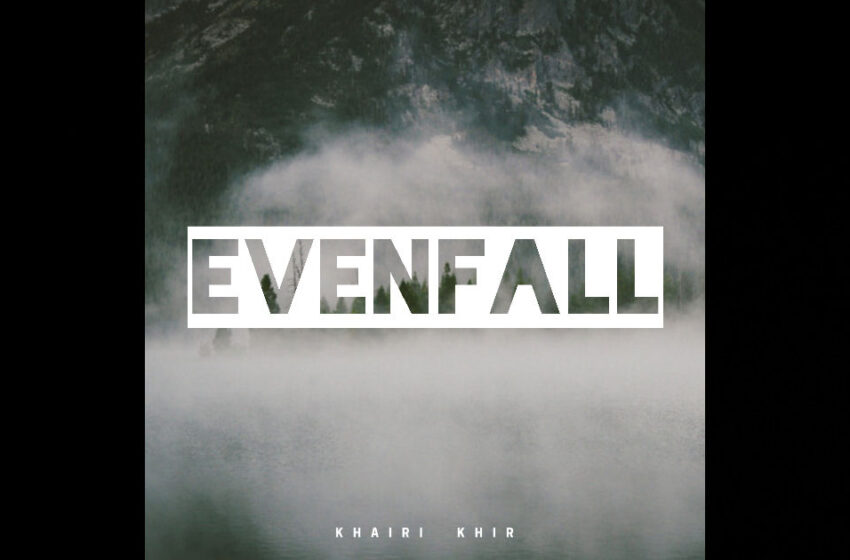 This dude’s on extremely solid ground.

I’ll admit, I braced myself pretty tight within the first spin through this tune as it began…with such epic sound at work, my initial thoughts were that if I was lucky enough, the music would continue to stay in the same vein as it began – but in not knowing what Khairi Khir creates until now…I mean, you either get a luscious soundscape to go with the ominous way a track like this starts out, or you go straight into brutalizing, unforgiving Metal mayhem, and I didn’t know which I was gonna be in-store for at first.  Thankfully, or at least more suited to my own personal tastes, Khairi is a composer & a producer – no Metal here…not yet anyhow.  From what I can tell after checking out this Singapore-based artist’s pages online, the excitement pretty much starts now – “Evenfall” would technically be the debut single he’s released onto the internet from what I could find; there’s another track called “The Condorlans” that was put out only days later to if you know where to look on the ol’ internet.  This guy’s got a real gift for composition and clearly an idea of where he wants to go with his music & what he wants to do with it – a quick scan through his page at Soundcloud will reveal several re-postings of soundtrack scores & whatnot, and it’s a fair assumption that Khir would likely go into the same realm of style & sound for his own career with the skillset he has.  I mean…I know that I would if I was Khairi.  Ultimately he’s got the luxury of choice – he could score videogames or movies if he wants to, but his music also stands on its own, confidently – a single spin through “Evenfall” will have you marveling at his compositional talent.

Like for real – based on what we can find online, we have to assume that this is where Khairi is more or less breaking out with his music career…the future is looking mighty bright for this guy if this is the level of quality in the production & songwriting we can expect from Khir.  You can hear the cleverness in how “Evenfall” builds and the serious craft of an artist that understands how to create tangible emotion that we can feel – this guy knows how to structure an adventurous & sensory journey in sound that has all the mystery, melody, and majesty that you want inside of an experience like this debut single right here.  From the atmospheric elements guiding the melody, to the soaring vocals and thunderous drums in the distance – the balance you’ll find on display in a track like “Evenfall” stops nothing short of award-worthy.  No kidding y’all – Khairi has a complete career in the cinematic world of soundtracks just waiting for him, and a whole bunch of music fans out there that never get enough of these compelling types of instrumental tunes.  He should be extremely proud of what he’s accomplished with “Evenfall” – there’s simply no way anyone could listen to this song and not conclude that he’s ready for the next-level.  What’s the next-level, you ask?  Pretty much whatever he chooses it to be.  You hear the passion, precision, and professionalism combined throughout “Evenfall” and have to recognize that, when you factor all this in with his production techniques, the all-out remarkable balance he’s got in the mix, the impressive ideas he’s put on display so perfectly, and the gripping intensity of a song like “Evenfall” as it reaches its peak…Khairi has everything it takes to succeed in any direction he chooses to go.  “Evenfall” has all the hallmarks of a true student of music that never stops loving what he’s learning, and always picking up brand-new skills to add to his capabilities…if he’s got the focus, commitment, and dedication to match all the talent he’s got…believe me when I say, there’s no telling how far he could possibly go.

So to that I say, go get’em Khairi!  You’ve got even reason to be confident that you were meant to make music, based on everything I’ve heard so far between “Evenfall” and “The Condorians” – to me, this is what it sounds like when an artist has truly found that space where they belong and their creativity is able to blossom, evolve, and flourish.  “Evenfall” is flawlessly fluid, brilliantly captivating, and authentically exciting – and it’s a real indication of a star in the soundtrack realm starting up something special over there in Singapore – I’d bet on Khairi Khir to enjoy a completely successful career in music.

Listen to Khairi Khir at his page at Soundcloud here:  https://soundcloud.com/khairikhir