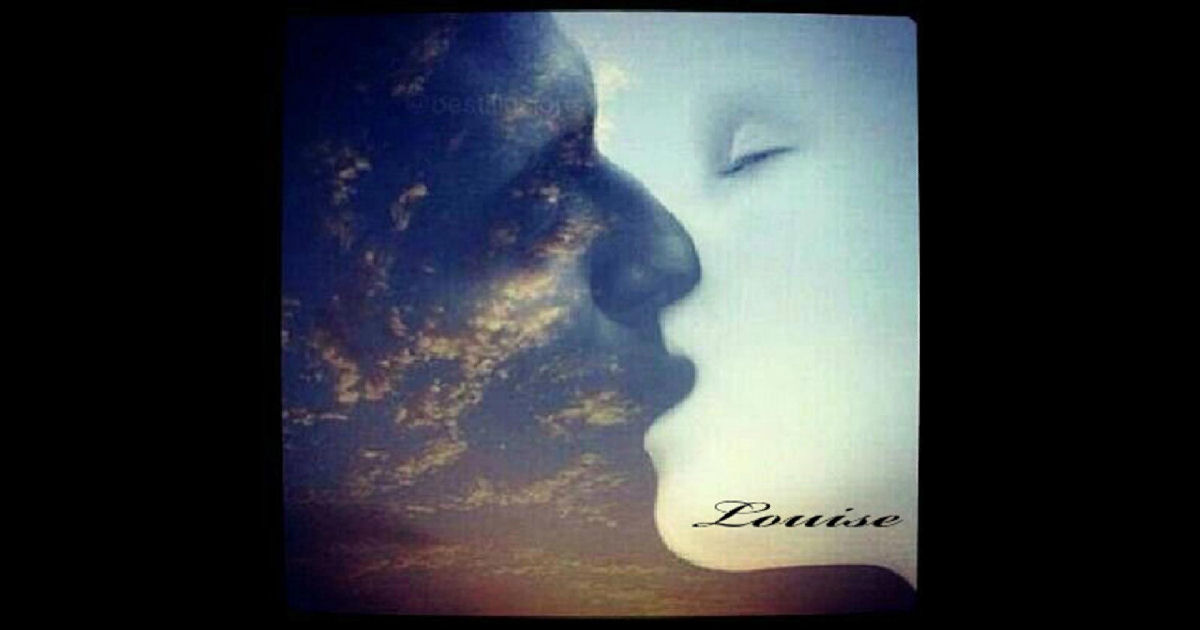 Fame is back in the game with a brand-new single called “Louise” – can you believe it’s been over a year and a half since we last had him on the page?  For a while there over the course of a couple years, it seemed like it was every second week we had something new from Kenny up on the page for one reason or another.  Like all artists out there, we need that break sometimes in order to gain a new perspective or dimension to the art, or allow some time for life to add some new experiences into the mix…given it’s been a minute or two since we’ve heard from Kenny Fame, it’s safe to say he’s done that.

He has come back with a really interesting track.  “Louise” is a reflective & serious take on what seems like a relationship long-passed, but with many feelings still burning and smoldering on the surface still today.  The thing is…I’m not really quite sure how I’d take this one if I was the subject of the song!

There are subtle clues in this track that will lead you to believe it’s not exactly any kind of typical, straightforward love-song.  If you were to catch pieces of it, a line or two, the way that Kenny sings it smoothly, any of these things on a surface-level or quick fraction of the song might have you thinking it’s just another song about love…but this all runs deeper than that…and oddly, I kind of suspect that a message or two is being sent via song here.  I might be crazy…but that’s what this experience feels like.

I present to you the evidence…

Exhibit A)  The ALL-CAPS writing of “YOU CAN NEVER WALK AWAY…” that appears at Bandcamp in the lyrics before the first line of the song…it’s not included in the song itself…but that seems like a clear message to me.  Might be comin’ on a lil’ strong there Kenny…the ALL-CAPS blurs that line between a threat & a promise homie, know what I’m sayin’?”  Clear as a bell though – that’s what ALL-CAPS is for, ain’t it?

Exhibit B)  Well, the title itself I suppose!  “Louise” – when you consider the personal nature of the details and story to follow about two people falling in love…and then falling out of it…kind of…  The feelings and emotions revealed on Kenny’s side of the lyricism sure sound like there are plenty of things still left unresolved.  I think it’s admirable that he’s put himself out there and baring his soul this way.  You can see from the words that the wounds are still open & torn because the stakes were so very high, further indicated in below in Exhibit C.

Exhibit C)  The final verse of the song where Kenny sings “You can never walk away/What we’ve shared won’t go away/Together we made a baby girl/That another man claimed within your world.”  This someone (presumably “Louise” I’d say) is probably someone that’ll definitely know this song is about her, unless Kenny’s been out there sowing his oats all over the country secretly without us all knowing.

Ultimate point being…he ain’t being too subtle when it comes to the person (again, most-likely “Louise” or at least a “Louise”-like individual…I’m like, 99% sure…) that this song is about…but he is being real.  Consciously or subconsciously, he’s detailed the struggle in a hard situation really well when it comes to the words of “Louise” and we can definitely understand the depths of the emotion involved.  The flipside of this coin, is that having something so personalized can affect everyone else’s ability to connect with the song…like, unless your name is “Louise,” there’s a chance you’ll feel like the story here leaves the people unconsidered when it comes to what the purpose of this song really exists for, which again, I believe is to send a message to one person (ok ok OK…I’m just gonna call it like I hear it – it’s YOU “Louise”).

Fame sings it well and keeps his tone in line…there’s a couple elements of the metering that he works around pretty well…bottom line is he sounds like he’s hitting the mark he’s looking for with his singing on “Louise” and gives a performance that seems to get more invested & involved with each passing bar.  The main-hook…works…it might not be my favorite part of this song personally, but if we’re talking about the roots & definition of a hook and how it’ll get stuck in your head, then yeah, it works.  I think the verse comes out with a bit more definition and strength, but I also think that Kenny’s doing a decent job in both of this short song’s main elements in the structure.  The music is minimal, but the message is maximum…and really it’s that ALL-CAPS inclusion where it’s posted that really sets the stage for the overall attitude and perspective in the writing to bleed through into the audio experience like it does.

So…there you have it…I guess?  It’s a weird track to examine in the sense that it really does come out sounding and feeling like it’s written specifically for an audience of one.  Not saying only one person out there will like it…I’m saying there’s one set of intended ears for this particular song that he’s aiming for.  The chilled laidback tone and approach to the vibe of “Louise” is certain to have a wider spread appeal than just one person…but after listening to this song, I’d imagine everyone out there would be hoping that whomever (It’s “Louise” for certain, we’ve established this) this song is about would hear Kenny’s words and understand that he’s speaking from the heart.  Uniquely personal tune…it’s a real window into the man behind the music I think.

Find out more about Kenny Fame at his official page at Facebook:  https://www.facebook.com/KennyFameOfficial/