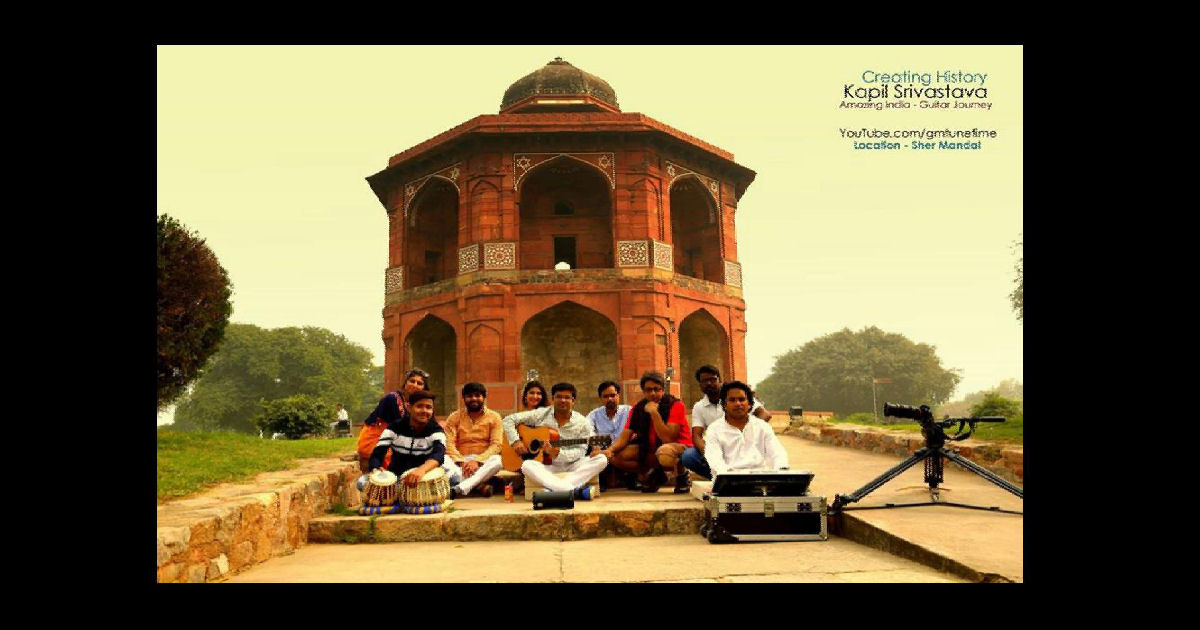 An official press release from the desk of Kapil Srivastava!

Have you ever wondered how the entire India would look through the eyes of a Guitarist? If not then here is a man a.k.a. as Guitarmonk of India, who is connecting India’s Heritage musically. Kapil Srivastava, founder of India’s largest chain of Guitar School Guitarmonk, is the icon behind AMAZING INDIA Heritage Site Guitar Journey. . The author, artist and entrepreneur is touring Indian Heritage and creating a dedicated Raga on Guitar composition for each Heritage of India. This project will also be a world record achievement for the first time by any Guitarist.

Kapil is filming and also producing this never before audio and video property in form of episodes and radio to be broadcasted at Television and other media. The project will start releasing its video this year at YouTube.com/gmtunetime channel starting from Delhi Heritage Sites.

Kapil also successfully milestoned Guinness Award in 2016 for Tallest Pyramid Cake in Surat and have won several awards from government and private bodies for his research work and contributions in Music. He has also authored various music books and founder of various musical brands.