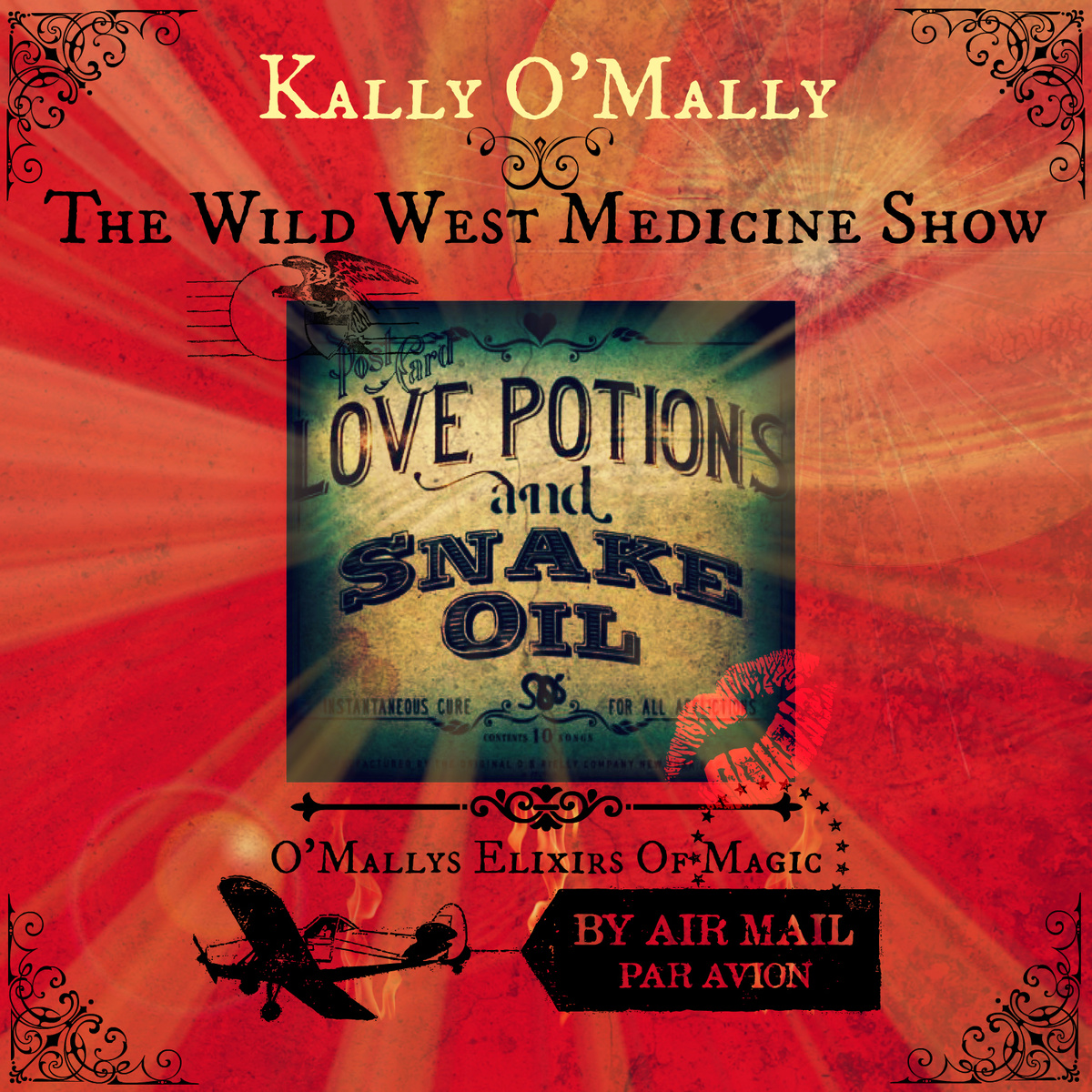 Damn Bandcamp. That setting that allows you to push a song harder than the rest of the album always gets me starting my listening experience in a weird spot when I’m not paying attention. As the opening tones of the title-track “The Wild West Medicine Show,” started out…I gave my head a quick shake back into reality…I was told this was a country album wasn’t I? And what…here I am bracing myself and why? This opener is a brilliant spin on the alt-country-music genre and thank-mericful-Christ-almighty – not one that is pop-music paper-thinly disguised as sincere country; nope…this honestly has more in common with the alternative music-scene than you might think in what might ACTUALLY be a legitimate country-music crossover for me…could it be?

I was more than surprised when I backed up the album to the beginning to give it a proper spin and found “Fly” and “Sweet Delta Breeze” to be made in a similar-style. Where’s the twang and the…I dunno…’hayseed-feeling?’ Of the three opening tracks, “Sweet Delta Breeze” is perhaps the closest to what I might consider traditional country-music…but even that to me would honestly be somewhat of a stretch; “The Wild West Medicine Show,” might contain a fiddle…but from the sounds of it, that fiddle-player could just as easily be at home playing in Jane’s Addiction – beautiful tones and excellent playing. Overall, out of the three openers, they’re all impressive. O’Mally herself sounds like Tegan And Sara on the title-track, but the diversity, creativity and interesting turns the music starts into stop her from bringing this into full on pop.

I feel like a guy with his finger on the button of the A-bomb…I’m just waiting for this ‘country-music’ act to unleash a cliché or eighty any moment…I mean…isn’t that what country-music is all about?

And then I get the blues-alt-country track “Kisses” and I think I’m starting to become a believer by the time this track is halfway through. All in all, Kally O’Mally and her crew here are providing me with one of the most unique experiences into country music that I’ve ever had…a credible one that has relied solely upon the genius of some really incredible performances and creative combinations in the music.

There it is. “Miss Understood.” I should have known just by title alone. And here you go – it’s well-played, it’s well-performed…and it’s a completely standard country-tune without anything new to bring to it. Things were going so well Kally! At this point here…I’ve got 4 tracks of sheer ingenuity, and one here with “Miss Understood” that attempts to get by on the gimmick of a lyrical line. You can actually consider me rooting for Kally at this point to come back to the unique qualities I found early in the album, and I’m doing that because I believe she’s more than capable.

Ha! I mean…I can’t take any credit for it…Kally wrote it of course, but right away I’m proven right with “Oops I Fell Off The Barstool.” This is a great way to make something old feel new all over again; it’s a familiar melody once again, but musically this gets incredibly inventive. Vocally, Kally supplies us with them through filters & effects and it sounds freakin brilliant. Love the tone…and if I’m not too mistaken, album-wise, you can hear O’Mally is a little more excited here…a little more enthusiastic, little more free and a lot more fun. You can audibly hear her energy come way up, but so too does her performance and tone; it wouldn’t be the track I’d normally gravitate to but here we are…can’t deny this is a solid tune.

Really solid guitar-tones all throughout this album…and then just as I was about to pull the trigger on “I’d Rather Be Alone,” O’Mally just decides to RIP IT UP on the guitar here…almost right over top of the rest. This track needed some spice. She found it. Definitely important to note she’s the sole performer, lyricist and producer of this album…so make no mistake, the lady has some intense skills all-around.

“Out Alive” is another song that might fit right into something like Mazzy Star’s catalogue. I like this song…it has a nice, rich emotional tone to is. Somewhere right around the two-and-a-half minute mark the song just absolutely starts CRUSHING it in one of the best solos you can ask for; it’s short, it’s bizarre, and it’s completely awesome to listen to. As O’Mally comes back into the chorus, she’s hit a confident stride here once again as she performs this one with a fantastic tone to match the feel of the song.

Okay…I’m on track nine…”Bourbon On My Deathbed,” and I’m starting to feel mighty forgiving of the fact that she’s only done this to me twice now on an album that I feared might be full-on country and well-outside of my genre. She’s actually done really well here on this track through the vocals, great harmonies with her own sound, and one of those layers…the one a little higher up lets a secret out…the answer to something I wanted to know…

Could O’Mally let it rip? I mean, up to this point she’s been pretty quiet and subdued throughout the hazy feel of this alt-country music, always fitting right in there where she should…but what happens when she puts the power behind it and goes for the country-gold? That backing layer of “Bourbon On My Deathbed” will provide you with the answer; I might not have liked this song much in comparison to the inventive ones she writes, but again, no denying that she’s putting the work into what she does and Kally comes out with one of the best vocal combinations for her on this song, no question.

“2 Days Gone,” is as close to a pop-rock as you might find here on The Wild West Medicine Show, but not too heavily of a venture onto either of those sides. This light, playful sound reaches right into the pocket of her alternative presentation and comes up with something worth reaching for in this creative track towards the end of the album. Slightly switching up her sound and style once more through gentle transitioning from song-to-song all throughout this album, it’s been an excellent experience to hear music change as much as this does throughout.

As the final song “I’m Gonna Run,” starts out…O’Mally stays in a smoothed out light pop-alternative sound that absolutely works for her. I think this…musically…is probably one of the most intoxicating tracks I’ve heard on this album, her vocals reach a little too-country in just a few tiny spots, but for the most part, she’s smoothed it out perfectly here. Funny that…I was asking for the energy here earlier and then she gives it to me and I tell her to take it back. There’s just no pleasing some people!

All in all though, it’s a tender and sweet ending to an album that really criss-crosses through many genres in a true blending of thoughts and sounds. O’Mally’s done really well here on her 4th album and only really ‘countrified’ this guy twice out of eleven tracks, with the other nine being extremely inventive, creative and melodic; a true reveal into the passionate and sweet artist O’Mally truly is.