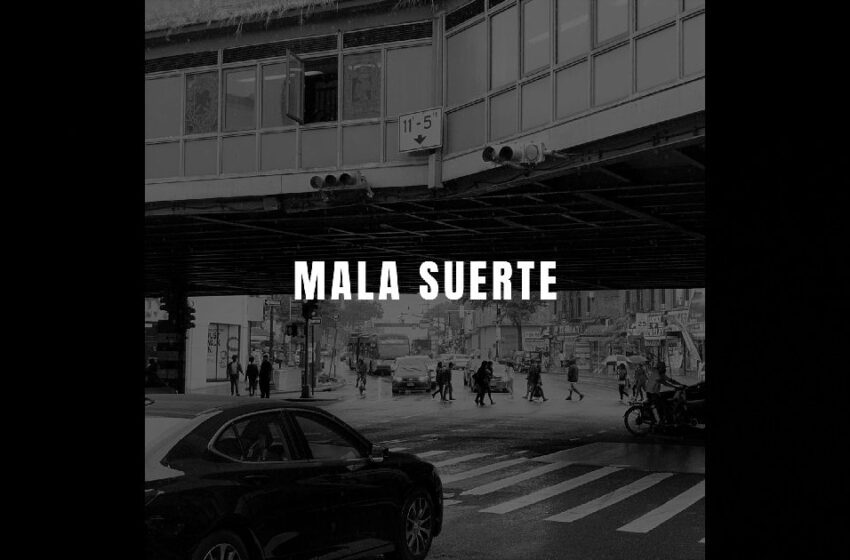 Hopefully someone out there’s been paying attention to what I’ve been tellin’ ya, because if you’ve been missing out on the evolution in Kalel’s music, you are seriously missing out altogether.  It’s what – February 5th?  And he’s just dropped one of the best cuts you’re gonna hear in 2022?  Not too shabby!

No joke folks – “Mala Suerte” is a straight-up masterpiece by every conceivable definition, measure, and standard.  Not only does the music stand out for all the right reasons with its spectacular sliding bass-lines and crossover vibes…Kalel’s workin’ with a stellar Jazz-lounge vibe that has his words hanging in the air like wisps of smoke, sounding every bit as fierce, menacing, and potentially dangerous, as he is entertaining and naturally appealing through his slow-burning, undeniably charismatic performance.

For real, if you’re not interested in this whole vibe in less than five seconds, you’re listening wrong – I don’t know what you gotta do, but get that fixed up, pronto.  The conviction in Kalel’s vocals is powerful – the poetry in his words is all-out exquisite, raw, and real AF, built on vivid imagery you can literally see in your mind as he raps – the music is as good as I’ve ever heard from the man, as is his performance on the m-i-c.  It’s as captivating as a cut can get if you ask me – Kalel’s gritty lyrical weight puts a heavy spin on the Conscious Hip-Hop vibe, and makes for a spellbinding moment in time guaranteed to be put on repeat with “Mala Suerte.”  Kalel’s sliding right into his prime…remember you heard it here first y’all.  He hasn’t just returned in 2022 – he’s brought out his best to-date.

Find out more about Kalel from his official page at Instagram:  https://www.instagram.com/kalel.msc