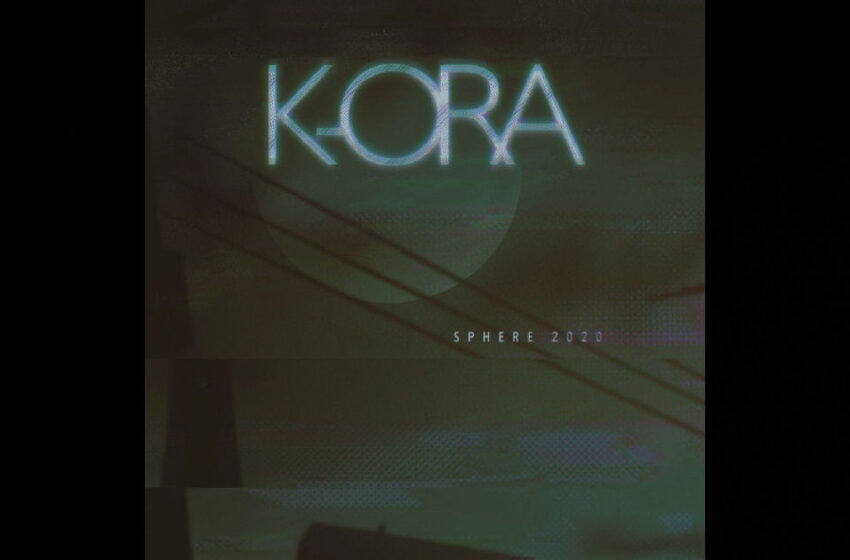 I’ve been touring through this EP called Sphere 2020 by K-ORA…unique stuff without question.  In his own words, it’s “not everyone’s cup of tea but oh well lol.  I don’t care for the mainstream, I just want to make art that evokes emotion and thought.”  Like…I could have practically written that!  It sounds so much like something I’d say, that seeing this quote here in the notes I’ve got scattered across my dusty desk in the pale moonlight was like seeing a message from the future being sent to my present-day self.

So heck ya K-ORA…if we’re actively telling the mainstream to go pound some sand, you better believe I’m interested in what’s goin’ on.  The way I see it, after spending the better part of a decade in my 20s long ago, telling everyone I crossed paths with that what I chose to listen to sounded like it was a broken answering machine straight outta the 80s…chances are, this dude’s got tunes that are right up my alley.

Personally speaking, I think it can be incredibly important to consider the intentions of the people makin’ the music we’re listening to.  Could Caleb Rocha have gone in a more straight-ahead direction with his tunes?  Of course.  Clearly.  I listen to a track like “Do You Remember” and re-read that quote again that I pulled for ya up top, and all I wanna do is give this guy a high-five for a mission completely & thoroughly accomplished.  This IS audible art if you ask me…it IS thought provoking…and heck yeah, I feel something when I listen to it.  To me, “Do You Remember” was like…jeez…I mean…it’s gonna BE hard to describe this guy’s music, because it’s not at all like what everyone else does out there…but it’s like it gives you a feeling of walking through the mist of your own memories…reconnecting to them as you push through the fog.  Maybe they were lost altogether at one point…maybe you’re just realizing they’re still with you…it’s like you can feel those static pulses surge with energy in the sound of the song, and each time that you have that moment of tangible recognition, the electricity in the air crackles around you.  TELL ME YOU DON’T WANNA LISTEN TO THAT!?!  C’mon now y’all…you’re never gonna hear music in the mainstream described with such justifiably artistic merits, attributes, and elements at work…ya just ain’t.  These are the kind of true sonic gems that, yes, are completely relegated to the underground of our music-scene, sure – but don’t go thinking there aren’t legions of fans around the world online that are basically just waiting for uniqueness like this to come along through their speakers.  People just like myself, who keep their doors wide open to the random, who embrace all that is different, and admire artists like Caleb that are capable of such extraordinary things that they are able to make music I don’t feel treads upon much, if anything, that I’ve heard before.  Sure there are aspects that we could compare to things like Boards Of Canada here…maybe somewhere in between there and an atmospherically inclined Mogwai type of tune…but you get the idea, or at least kind of until you listen – fundamentally speaking, K-ORA isn’t looking to recreate anything that’s already been done, so much as this project exists to push the threshold of art & music combined proudly into the unknown and beyond.

Pro-tip:  If you wanna explore the artists/bands out there that are doing things in music in ways that hit different for all the right reasons, believe me when I tell ya…if their records are released on cassettes in the modern-day era, chances are you’ve struck some kind of real sonic gold.  That’s not my opinion – that’s an inexplicable scientific fact, and I’m happy to have shared this secret with you.  You’re welcome.

While it’s true that there is undoubtedly more involved in the title-track of K-ORA’s new EP called Sphere 2020…I think it’s fairly safe to say that if you like what you hear in any of these songs in this set of five that you’ll have no problem whatsoever strapping in for the ride through the rest.  Like Caleb told ya at the start – it’s not gonna be for everyone – and not only would I agree, I’d tell ya that’s a great thing.  First of all…what THE MAN won’t tell ya (those suits & ties sitting comfortably in their limousines taking business calls on their way to the next meeting on how to exploit the hard work & efforts of real artists like Caleb out there) is that there isn’t any kind of music that IS for everyone…that’s the objective reality.  Obviously there is some kinds, your top-40 BS & whatnot, that is more accessible & catchy & ready for your ears to eat & mouth to sing along with – we get that…but that’s not what all music HAS to be; and especially not if you want to make it an authentic EXPERIENCE, which is what K-ORA is creating.  I listen to a track like “Sphere 2020” and I’m absolutely STOKED to have K-ORA out there on the frontlines of the weird, strange, and wonderful…this dude has an incredible ear for sound, clearly a genuine gift for production, and ideas that are by no means like what you typically find on any record.  Clocking-in at over six-minutes in length…to me, what might be the most extraordinary aspect of listening to a track like “Sphere 2020” is how accessible it actually IS…but in an entirely different way than you’d typically expect.  This is accessible in that sense that, everything you’ll hear should peak your curiosity & interest – it should have you on the freakin’ edge of your seat, wondering what in the fuck might happen NEXT – because not an ounce of what you’ll hear is predictable in any way whatsoever.  The whispers that appear within the mist of the music…purely brilliant…so textured and clever, you’d likely wonder if that’s what you’re even really hearing at all, or if the edibles you’ve eaten are kicking in harder than they usually do.  Okay that last part might just be me…but I’m willing to bet it applies to at least a few of you out there too.  Anyhow.  You get the point – “Sphere 2020” is not the kind of song that’s going to pull you in via some gimmick or catchy sing-along moment…this is music that generates interest, stimulates the mind, and DESERVES TO BE HEARD…so listen dammit!  Real art don’t just drop onto your playlists every damn day…and I don’t need to see them for myself to know that’s the truth – you know it’s true – so open up your mind’s eye, check something like the Sphere 2020 EP out for yourself, and expand your palette…you’ll not only feel better for doing it, you’ll probably be as outright amazed by what you find in a project like K-ORA as I was.  Caleb…I salute you my dude – I know I’ve been enlisted to talk about two of these tracks specifically today, but I can vouch for this entire EP – it’s a sonic masterpiece if you ask me, and seriously compelling from start to finish.  While it truly might not be “everyone’s cup of tea” as you pointed out – I can tell ya firsthand there are a ton of people out there that will sincerely appreciate what they find in the uniqueness of the Sphere 2020 EP just like I did, and turn this record (or cassette!) right the hell up as far as their stereo system will take it – it’s an experience in sound you won’t forget.

Dig into this whole universe of sound that K-ORA is creating – listen to the Sphere 2020 EP at Bandcamp right here:  https://k-ora.bandcamp.com