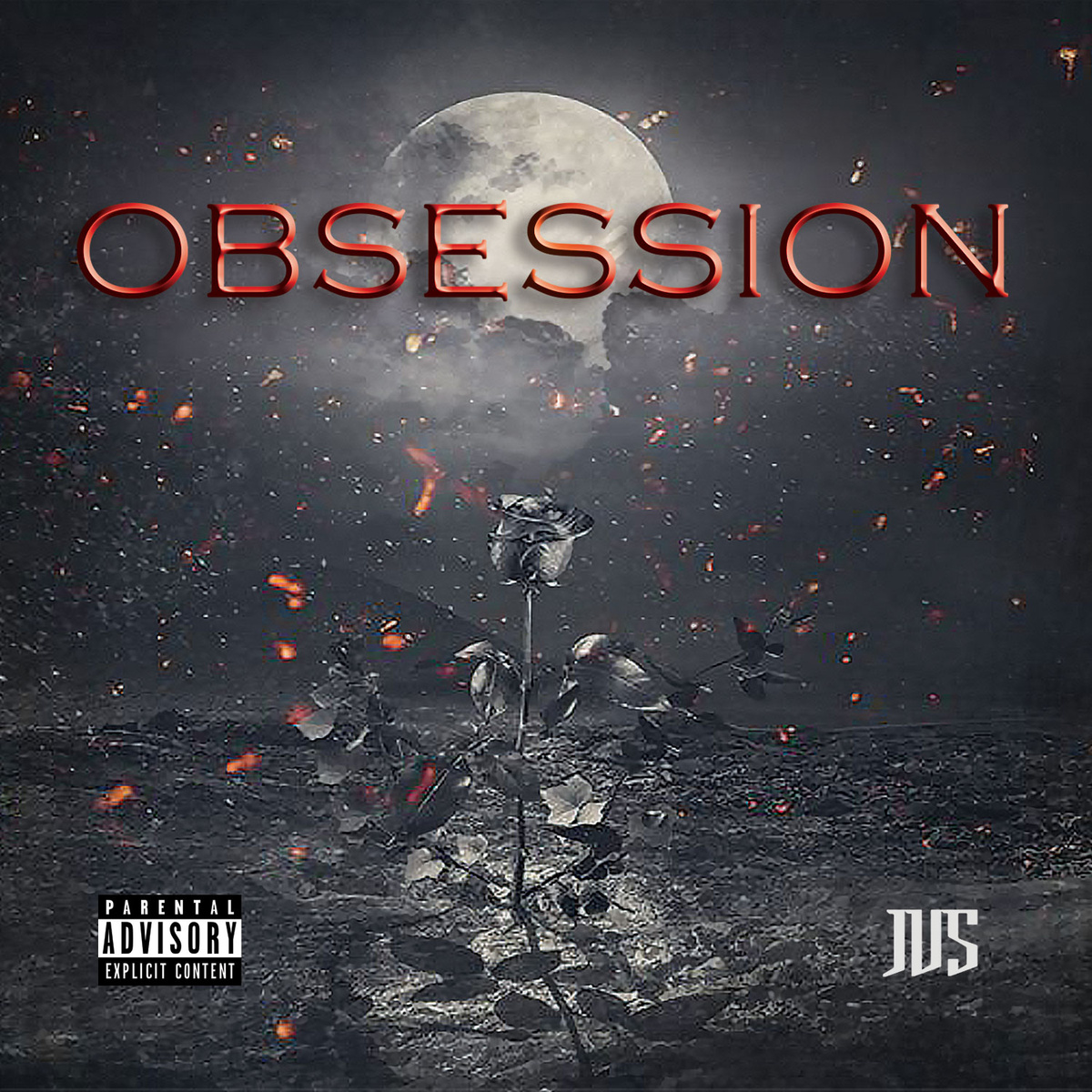 It is truly not all that often that I hear rap that pulls me in close to listen like this latest EP from Jus has. Obsession plays at an authoritative level and demonstrates a real mastery of the hip-hop/rap genres – this is completely REAL as all-hell and I’m absolutely loving how HUGE these songs become as they blaze through. With six brand-new epic songs to listen to – the Obsession builds strongly & immediately.

I’d say it’s Obsession for the craft itself – you don’t get this good overnight that’s for sure. Jus has put out an EP that is 100% every bit as good, if not better than anything you’ll find in mainstream rap; no joke – if you can resist him after the first two-tracks “Legacy” and “Made” – then you sir or madam…are a much stronger-willed person than I. Just keep in mind…that resistance wouldn’t be doing your ears any favours – push play and turn this UP!

In all honesty, what Jus – aka Justin Naundros – has put together here on the Obsession EP takes me back to a level of excitement that I had the first time I heard Jay-Z and Wiz Khalifa; like I said, rap doesn’t often resonate with me all too often…but Jus makes the cut for me without question. Not only is the rap precise and on-point, the hooks and atmosphere are set so deep in this album you can’t help but get lost in them. Your ears will literally grab for sounds like kids at a candy-store…there is a mind-blowing amount to like on Obsession.

Getting an assist from rapper Add-2 and a verse from producer DaCor, opening track “Legacy” opens up the EP on a massively strong note with LA-based recording artist Bobby Dub laying down a perfect hook in the chorus that is rich and full of tone. The surrounding music is HUGE, orchestral & choral sounds fill the beat with dynamic dramatics that fuel the atmosphere and energy of the EP’s beginning…right away there’s zero doubt…Jus is going to go BIG this entire time – he’s definitely not going home.

Raising the rap-game to a straight-up Olympic-level – the following cut “Made” featuring Freddy Flopez and Maryann will make heads spin! The rap-verse in this track is so perfectly metered it just couldn’t possibly get any better; Maryann delivers a sweet hook with her beautiful voice and makes the most of “Made.” Huge shout out to the music Jus makes, these backing tracks to rhyme over are as versatile and captivating as they come – true entertainment for the ears.

Big fan of “Rain” featuring Are Too for the first time and Add-2 making a second appearance of three on the Obsession EP – this track runs along as smoothly as rain on your car windshield. Almost hypnotic, it’s got a wicked rhythm and pulse that is warm, inviting…almost classic sounding somehow…a throwback to some of the classic R&B rhythms of the 1990’s somewhat… “Tonight” kind of has that same vibe to it, even though the sound and song are completely different. This is the exact type of sound that you know is welcome…I loved it then and I love it now…it’s powerful, emotional and delivered with the precision and tone of true professionals. Just before the third minute of “Tonight,” there’s a perfect flow in the verse that brings this tune expertly to the chorus…like a lyrical red-carpet.

Freddy Flopez makes another appearance on the title-track “Obsession,” another song with a verse so killer it can’t be denied and should be locked up immediately in the jail cell of your mind never to leave. While I thought that this was the first time that there was even a remote part in the song that dropped the energy or vision for even a moment, the amped-up verse is just so sickly good that there’s no way I’d toss this for a moment. I think if anything, the over-simplified chorus really does serve the verse well as the MC comes ripping back over the mic for massive stretches of bars that I wish never ended. Absolutely flawless, fantastic work here.

“Love Songs,” the final track on this new set of tracks from Jus is another unbelievable assembly of music – there hasn’t been a single thing to complain about musically on this EP. Each song has its own idea, its own display of talent and guest stars; “Love Songs” hosts the talents of Add-2 for the final time along with Niko Ellison in this R&B influenced hip-hop song. There’s no doubt about it – Jus has surrounded himself with incredible talent in addition to his own and this EP delivers on EVERY possible front.

Consider me a huge fan…there’s something truly exciting and captivating in Jus’ music and you couldn’t possibly stop me from listening now that I’ve heard the Obsession EP.