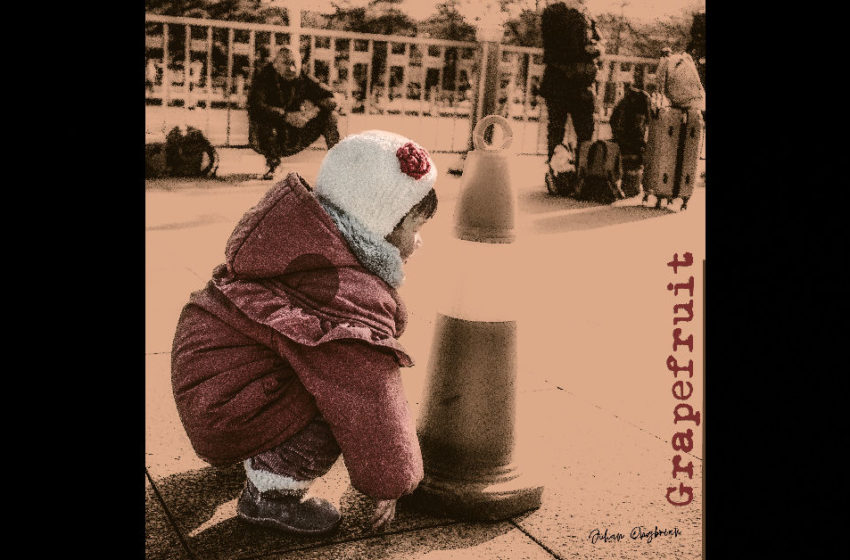 Back in my day, whenever I had the ol’ sleepover at Grandma’s house, I’d wake up to a half of a “Grapefruit” with breakfast and one of these kickass spoons that had like, a tiny little saw blade on one side, so that you could carve out your fruit from the peel at your leisure & ease.  It was a simpler time.

In fact, many of my favorite mornings & memories in my life growing up began with a slice of “Grapefruit” – and seems as how I might be adding another one to that stack permanently today via this stunningly smooth new single by Juhan Ongbrian…I figured it was only fair to share it with ya.

Because this…this is audibly delicious folks.

And clearly, I’m not the only one eating this up either – “Grapefruit” has barely been out for over a week and it’s nearly racked up somewhere around 10K views on YouTube alone – PER DAY so far.  Ain’t no fluke happenin’ here, I assure ya…all-in-all, I’d be happy to argue that Juhan’s “Grapefruit” is designed so sleekly that it’s gotta be right up there with the most inviting & welcoming songs you currently listen to.  No joke y’all…I hate to use the word ‘easy’ in any review that I write, but I’m honestly struggling to recall if I’ve heard anything as close to a track that’s as easy to love as what you’ll hear in this gem of a single from any corner of the scene in 2020.  At the very least, right now, Ongbrian’s got the instrumental section of my collection locked down; what I hear in this artist and in this song, excites me greatly.

Which in itself is quite the accomplishment, given the chilled-out nature of “Grapefruit” and how gentle & delicate its atmosphere genuinely is – but I’m tellin’ ya, I absolutely could not get enough of this song!  You name it and you’ll find it has all the right ingredients you wanna hear…from tone to technique, ideas to execution – Juhan’s created an exceptionally compelling cut that earns your attention immediately.  His guitar-work will continually shine & stand-out along the way without question – he doesn’t need my words to sell his skills or entice anyone into listening, he’s more than capable of doing that on his own by the way he communicates through the passion in his musicianship.  Credit to the man behind the music – Ongbrian is also responsible for everything else you’ll hear, right up to/including the production.

I’ll say this…what really made “Grapefruit” impressive to me, beyond the obvious skill of Ongbrian’s instrumentation, was the fact that there is a whole boatload of crossover potential that thrives here in this single.  When you listen to him play, there’s zero doubt that Juhan belongs with the real virtuosos out there in the guitar-circuit…your Eric Johnsons…your George Bensons…your Jeff Becks of the world…you know the rest of the list if you know your stuff; we’re talkin’ bout the remarkably clean & crystal clear axe-wielders that manage to somehow put their soul into every note & tone they play.  I think those out there that know their instrumental heroes in that regard would definitely be able to pick up on the high-level of talent & technique applied to “Grapefruit” without a chance of missing it – and this is the half of the point I’m making I’d be willing to bet is more obvious.  What makes a track like “Grapefruit” wonderfully accessible to a massive audience out there, is that you could just as easily point to similarly successful sounds being made in like, Four Tet, Prefuse 73…maybe even Flying Lotus & Thundercat at times…those jazzy underground projects that bubble just underneath the surface of the mainstream, beloved by millions around the world.  Or if you’re thinking on an independent-scale and you know your artists & bands out there today, you might feel like Juhan would fit right in with innovative artists along the lines of dudes like David Devereux, or even Paul The Trombonist.  What all of these artists, projects, and bands share in common – WITH Juhan Ongbrian – is that tremendous gift for making the absolute most of a moment in time by having the clarity of their ideas lead them to victory.  So it’s like, not only do you get a spectacular array of sound-selection to begin with, but through the production & technique applied in the instrumentation, you hear every single note have its time in the spotlight and the musicianship never once loses its brightened vibes, shining sincerity, or endearing notes along the way.  The piano plays every bit as much of an essential role in this tune when it comes to the melody…the bass-lines keep the low-end groove intact, the percussion is smart & simplified, and the use of ambient aspects like birds chirping in the background give “Grapefruit” that extra-organic & down-to-earth vibe that’ll keep you coming back for another serving of this solid-gold, single-worthy instrumental.  Juhan’s got a brilliantly charming sound & style…like I told ya from the get-go, I’m extremely excited about what I can hear in this dude’s musicianship and the ideas he’s put forth all throughout “Grapefruit” – this is one seriously fascinating cut that you won’t wanna take your ears off of, delivered with proficiency & passion that is remarkably professional, and wonderfully entertaining.

Find more music by Juhan Ongbrian at his official page at Spotify:  https://open.spotify.com/artist/7mEJxWdf21g1dRVwNDaLq8