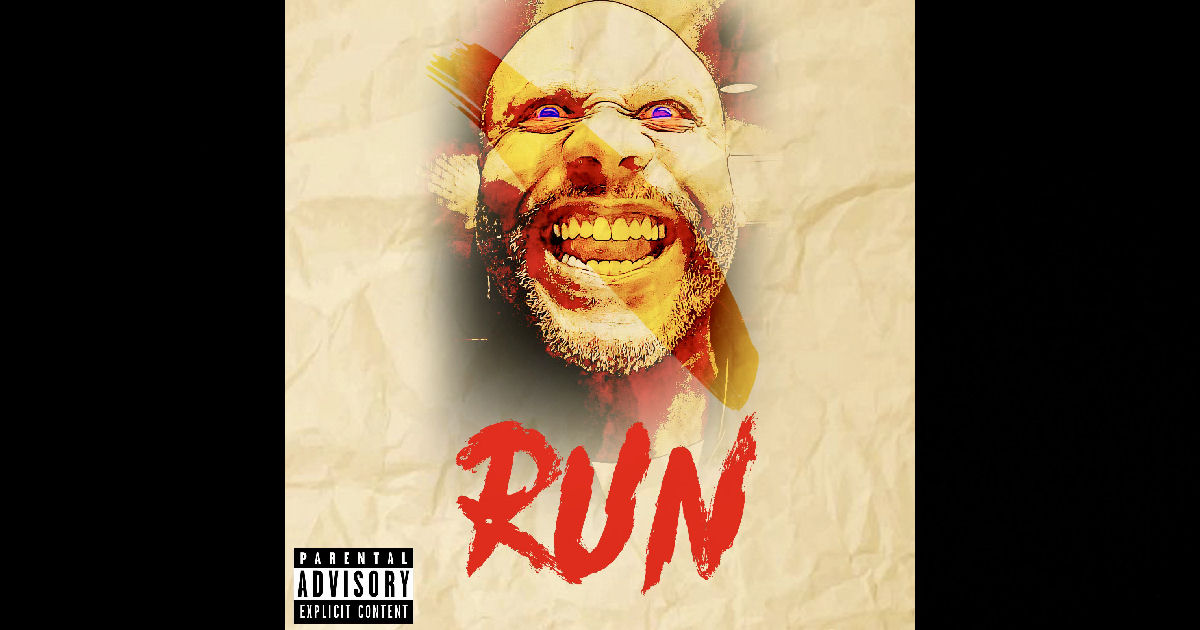 Well right on…it’s always easier to write these things when everything is on-point.  It was back in April of last year that I heard JRS3 while reviewing a couple singles that had been dropped online…and full disclosure, I didn’t quite ‘get it’ back then.  If my memory serves correct, JRS3 clapped back on that one, respectfully of course, but defended the work put in as any good artist putting their heart & soul into what they do would.  Whether or not a crusty old dude like me gets anything at all is pretty much beside the point anyhow, in my opinion.  But I gotta admit, I respect it when people push back for good reason.

And here we are, essentially a year & a half later…& from what I’m hearing, with a killer cut to listen to.  The write-up on this cut at Soundcloud promised me fun – and I completely felt like this delivered on that.  JRS3 holds up his end of the bargain with a gigantic dose of wild sounds and a bulletproof set of hooks that are…well…hey man, I can’t put it any better than they have already, this is FUN, straight-up.

I mean, it’s the kind of fun that sounds like it’s coming for you in the alley with a knife & all, but yeah, fun.  The flow through the opening verse is impressive for sure; the pace & pivoting from JRS3 comes correct, confidently spit and just as stylistic with how he moves on the m-i-c.  He’s kickin’ it raw here – you get a good mix of what’s almost like pop-culture slam poetry as JRS3 opens up the throttle and starts rolling through the bars with more speed to support the intensity of this entire idea.  Because there’d be no point in him standing still on a track called “Run” right?  He gets that…and uses the theme to his advantage as this track continues on into a hook-filled second half.  You get introduced to the killer hooks that’ll fuel the ending with a taste of what’s to come separating the first two verses, sparking that speed and flow from JRS3 to boost the intensity and really get this cut on the “Run.”

So…I’ll say this…I mean…it’s impossible not to notice that JRS3 has noticed how effective this hook really is when he’s gone and decked-out the second half of the song with’em on repeat ‘til the end.  And you know what homies?  That makes the dude HUMAN if you ask me – I wanna hear more of these hooks too!  Not only did I have no issues with them taking over the song for the final minute or so, but I had no problem repeating this cut where repetition is a key part of its success – and no lie, usually a recipe like that has a really solid chance of wearing out or not being able to hold up to repeat listens.  I put this cut through the ringer yo – I spun it back-to-back-to-back and back again, trying to see if I’d somehow get tired of the main hooks on “Run” – and I never once felt like they did.  Moreover, I really felt like the connection to this vibe just continued to grow stronger & stronger – what can I say JRS3, I’m down with this bro!  I felt like this was a step up in the right direction in every way from the last time I’d heard from JRS3…the music on this cut is straight-up wild and vibrant…fresh for real and just killer when the crunch of the guitars come in to build the hook.  You get a quick break with a vocal sample separating the two main halves of the song, and when it all comes back in, JRS3 has made a great call by just letting the hooks really do what they do and work their magic through repetition.  It’s a beat you can feel – and the more you hear it, the more you’ll feel it…it’s got swagger, it’s got style, it’s goes political, it goes pop-culture…there’s lots to dig about “Run” and the way this cut continually surrounds & envelops you in gritty sound like a looming shadow rising big enough to block the sunlight from reaching your village.

I’m all about this cut JRS3 – you promised fun and you completely delivered.  “Run” to turn this up!