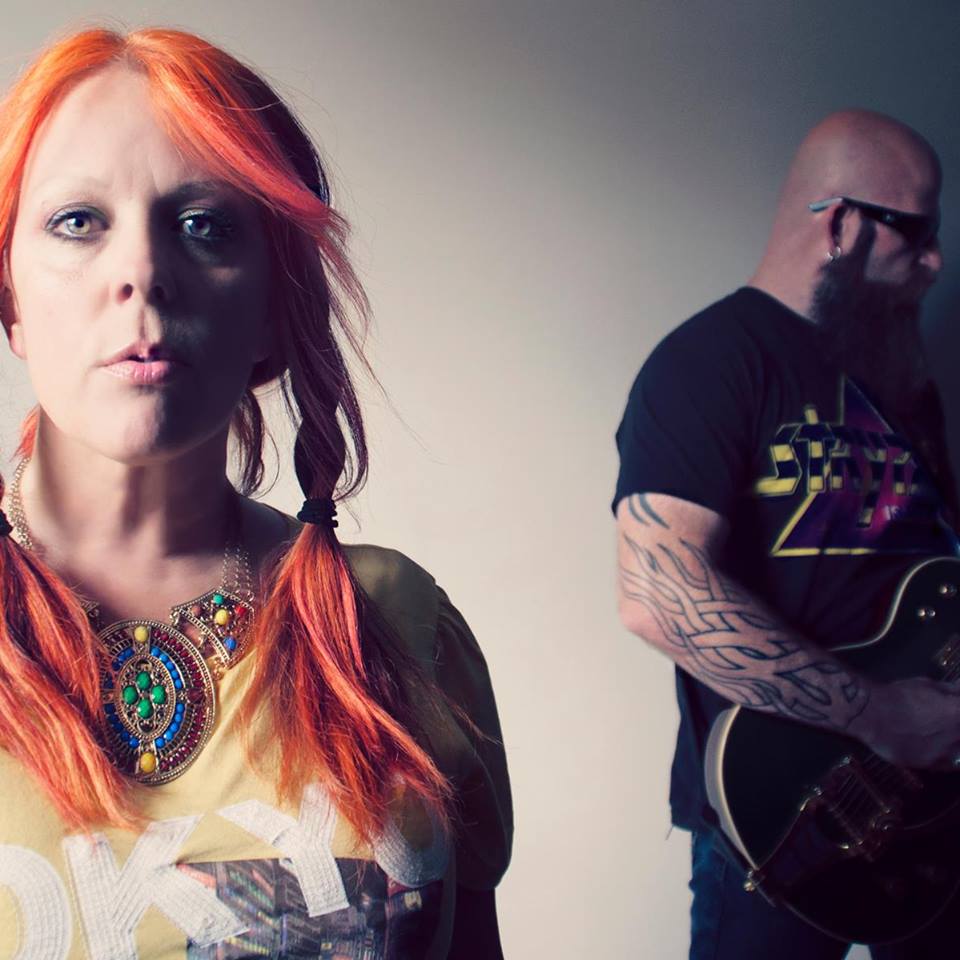 But when taking a look at JoyFocus, those kind of skills might become important. At times the music of their latest album doesn’t resonate with me, and of course at others it does…and I started to wonder about why much of that might be. On the one hand, it’s a tight-sound put out between these two players, even if it does come out slightly dated at times; and on the other hand, when you dig into the history of JoyFocus a little, and you read about their influences you definitely begin to understand just how honestly they’ve come by recognizable tones, sound & style creeping into their music.

What can I say other than it’s ummm…quite the list…they definitely come by their sound honestly. To their credit there is twenty-names on that list of influences and with the exception of Queen, Prince and King’s X, I’d happily trade each and every one of those names in for the music of JoyFocus. Much of that list is mired with the rock of the 70’s/80’s; big anthems and stadium sounds, huge choruses and tight-ass pants kind of bands…and thankfully JoyFocus presents their ability to be more than a rehash of the dark-times of insincere rock early on into their new album Random Access Digital Audio Heresy. And with that being said, yes, the album title itself is most-assuredly a slight towards the Grammy award-winning album from Daft Punk and more than likely one of those ‘real instruments’ versus ‘electro’ arguments…you know, the one that’s long been over and decided in favour of the electro-crowd years and years ago…that one. I could be wrong, but the album in question here is 90% drums, bass, guitar and vocals…so I could also be right.

Anyhow…what do we have coming through these speakers as they start up the new album with their first released single “Retreat?” An inventive opening, and I dig that…I like the strings out front in the beginning, though I wasn’t quite convinced of lead-singer Holly Joy here just yet on this very first tune. At times it was a perfect fit, others a little grating in its tone; the song itself certainly shows that this duo can write a BIG, thick, full track with multiple parts and plenty of melody. Good solo here from the guitars…I’m not quite sure if it’s band-mate Rick Currence that’s responsible for that, or all of the music in the background, but overall this first song is put together well and really does introduce you to the overall style & sound of JoyFocus in a great way; it’s only because I’ve listened that I know there’s still better to follow.

And truthfully I think that starts pretty instantaneously afterwards. “Gone” has a sweet melody to it that shows the increasing confidence of Holly with improved tone on the microphone, and the following cut “Words” I would assume is the next single? I mean…that’s obvious right? Do I need to say this? Excellent rise & fall to the music and melody of this song, and though in many respects it relies on old recipes to bring it to the full boil, it’s an undeniably powerful tune that is executed perfectly by these two.

You do have to admire the way they create these uplifting and gigantic sounds between only the two of them. “Revolution,” is another example of the big, giant sounds through the music, ideas and melody…definitely veterans of the music-scene and with a vast knowledge of music to draw on, you can tell that every time they put pen to paper it’s pretty much a single-worthy song. Whether or not it’s a relevant enough sound for today’s world is where things might get tougher for JoyFocus, as every single one of the tunes on this album would have been a massive hit 30 years ago but might not find itself so instep with what’s out there right now. That certainly doesn’t mean they’re wrong, and it doesn’t mean there aren’t a ton of people out there that will love it – there’s TONS that will…it’s just not what we’re marketed anymore…very hard for music like this to find that breakthrough.

“Break” finds the band on a good solid roll through a vibrant & emotional tale…great drums here, choppy guitars and dynamically written parts. In the following track, “Clearly,” JoyFocus gives a solid attempt at me eating my own words with a sound and style that’s close enough to draw in the Paramore fans. I dig this track very much actually, yes I do. And I’m laughing to myself because I’m not even that big of a Paramore fan either, so that’s not necessarily what’s making this track work for me. I think what I’m digging is just how well all the harmonies have come together and it’s another versatile track with rising crescendos and equal drops in energy providing a captivating dynamic and contrast to listen to, and the melody is supreme here. Well-placed solo fills in towards the end bleeding out into the final run-throughs on the chorus. Those harmonies…I think they’re using that wonderful Imogen Heap make-my-vocals-sound-like-fifty-vocals thing…I love it.

Not a massive fan of “Satellite,” a song which certainly shows the roots of their influences the most on the album with a Billy Joel “We Didn’t Start The Fire”-esque roll through the verse. It’s bright and big with the guitars, definitely a nod towards bands like Boston or BTO, maybe a little VH in there. Don’t get me wrong – I’m STILL NOT saying all this doesn’t work well for them – JoyFocus sounds incredibly committed each and every second that ticks by and light up different aspects of their music at any given time. “Satellite” actually stands out to me for bass really…I dig the bass-line that breaks through clearly about halfway through; and besides all that, it’s energetic and fun. It might not be my favourite, but it packs in solid energy, music and tones through the writing once again.

“Home” however, was a fantastic ending. In many ways I think this track reveals the great singer that’s inside of Holly Joy with her most convincing performance and some notes that really stretch out fantastically. It’s another start-up with the strings that makes for a great opening & atmosphere, and the music is a wonderful canvas to sing to. Holly truly breaks out freely on this song at her most comfortable and really lets loose golden tones on this final tune. Bright & beautiful chorus – this is the kind of song that makes you instantly go back to repeat an album to see what you might have missed earlier on. Though the songs that have previously played throughout Random Access Digital Audio Heresy have been great all throughout with their standout and truly cohesive writing and sound…I don’t know if any of them quite get as good as this final cut does to be truthful.

I would say, if anything, from start to finish each song is an attempt to be better than the one before. There’s a drive and ambition in this band I can truly hear and admire; and looking at their social media and official pages will tell you quite clearly they couldn’t give a rat’s ass what I, or anyone else feels about their music…as long as we feel SOMETHING. I’m certainly not indifferent; I think JoyFocus does what they do extremely well and I think their vibrant melodies will appeal to many people looking for a more classic sound in today’s world full of modern music.

Find out more about JoyFocus at their official page at: http://www.joyfocus.com