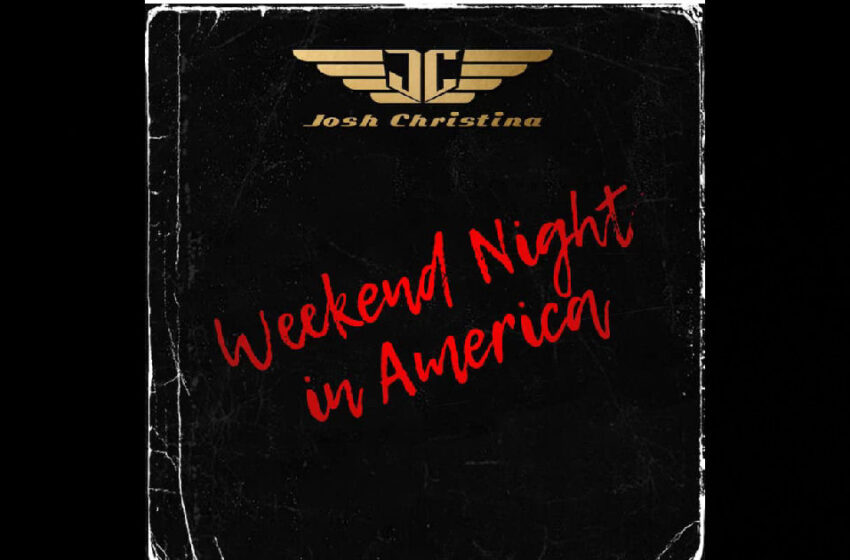 Another highlight example of how warped time really is over here on this side of the screen – to me, it was just yesterday when I was listening to Josh Christina’s single called “Friend Zone” and I can still hear the main hooks repeating in my head any time I choose…apparently my version of what “yesterday” is actually traces back to 2018.  Who knew?  I guess it’s been longer than I thought since we last checked this wild cat out, and what Josh has been up to out there in our beloved independent music scene.

On a technical level…it hasn’t really been quite as long as that.  Not only have we played Josh’s music on the ol’ SBS Podcast since that first experience with his music, but I also ended up reviewing another Christina cut back in 2019 when he released “Let’s Get Woke.”  Then the math becomes simple from there & the story plain if you ask me…many will end up with the exact same one really – add a worldwide pandemic, lots of lockdowns & isolated times, fast forward through the entire year of 2020, and we’re back on the other side, right where we all left off, ready for another “Weekend Night In America” – right?  Okay…there’s probably a little bit more to the whole equation if you add it ALL in there, but that kinda does sound like a complete summation more or less, does it not?

Christina makes personality-driven music, laden with characters & their own mini stories inside of’em – I can vouch for the man firsthand in the sense that Josh never supplies a shortage of charm, or anything worth listening to when it comes to the songs he’s making.  Stylistically, if you’re not familiar with the man yet – he’s a piano rocker…I’m sure there’s probably a more technical term we could use, or we could start going into the minutia of genres & whatnot – but that’s a fair way to give you an idea of what you’re in-store for just by leaving it at that.  At least for the most part – there’s decidedly less piano in “Weekend Night In America” than I’ve personally heard in his music to-date perhaps, but it still gets plenty of opportunity to be featured in the spotlight along the way.  If anything, the more noticeable absence, or low-key role it has on this single and in the overall design of this song, gives you a different opportunity to listen to Christina’s tunes this time around…and maybe, just maybe…he’ll get a bit more credit for his incredible vocals this time, and for being the all-around entertainer he genuinely IS.  I’d be the first to tell ya that by comparison to what I’ve heard in the past, “Weekend Night In America” has about half the hooks in the writing and sound – but that doesn’t stop Josh – ultimately, he IS the hook.

Besides…whether or not you think he’s rocked higher quality tunes in the past, doesn’t suggest he hasn’t still made another now with this latest single.  When it comes to execution & professionalism, believe me when I tell ya, the man’s the very definition of entertainment and knows exactly what he wants to get out of his music…Josh knows his sound inside and out, and he’s never gonna let you down when it comes to giving you more of what you love about him, which is exactly the case on “Weekend Night In America.”  I’m not necessarily here to argue this song is a step forward, but it’s at the very least a solid lateral move that is essentially every bit as strong as everything else you’ve heard from the man so far.  “Weekend Night In America” inherently carries with it that nostalgic feeling now…which is actually really interesting when it comes right down to it…Josh has us longing for a time that was no more than a couple years back now, when you’d cut-loose out there at the clubs & on the dance-floor from sun-down to sun-up & not think twice about it.  Admittedly, it’s been a while for many of us since that was the reality we were living in…and ultimately, I think that’s gonna be a large part of why people will likely latch right onto this song.  I look at it this way – either it’s gonna be the song that reminds you of what you feel like you’re missing out on these days and you’ll turn it right up in defiance as you dance around the house, or it’s gonna be the anthem you put on as you kick the doors open and re-enter the society you once knew to get the party started up again…and in that sense, Josh really can’t lose here when it comes to the court of public opinion.  There’s no doubt he’s got a sound that works brilliantly, the guy is a genuinely phenomenal entertainer, singer, and musician, and he’s got a song that’s instantly gonna either induce the memory of what the good times were, or kickstart the making of new ones.  However ya look at it or listen to “Weekend Night In America,” that certainly ain’t a bad position to be in at all.

I was a fan before, and I continue to proudly remain one now – I felt like “Weekend Night In America” was another great addition to his overall catalog, and a cut that folks will sincerely wanna reach for, right now more than ever.  Everyone’s looking for that extra reason or excuse to celebrate, and Josh is more than willing to supply ya with at least one, if not several, on his latest cut – my advice is to turn this track right up where it belongs, have yourself a good time, “don’t worry about your situation,” and just enjoy yourself dammit – it’s probably been too long, hasn’t it?  “Weekend Night In America” is here to help reestablish the fun your speakers used to provide and remind ya what the good times are all about.

Find out more about the music of Josh Christina from his official site at:  http://www.joshchristinamusic.com