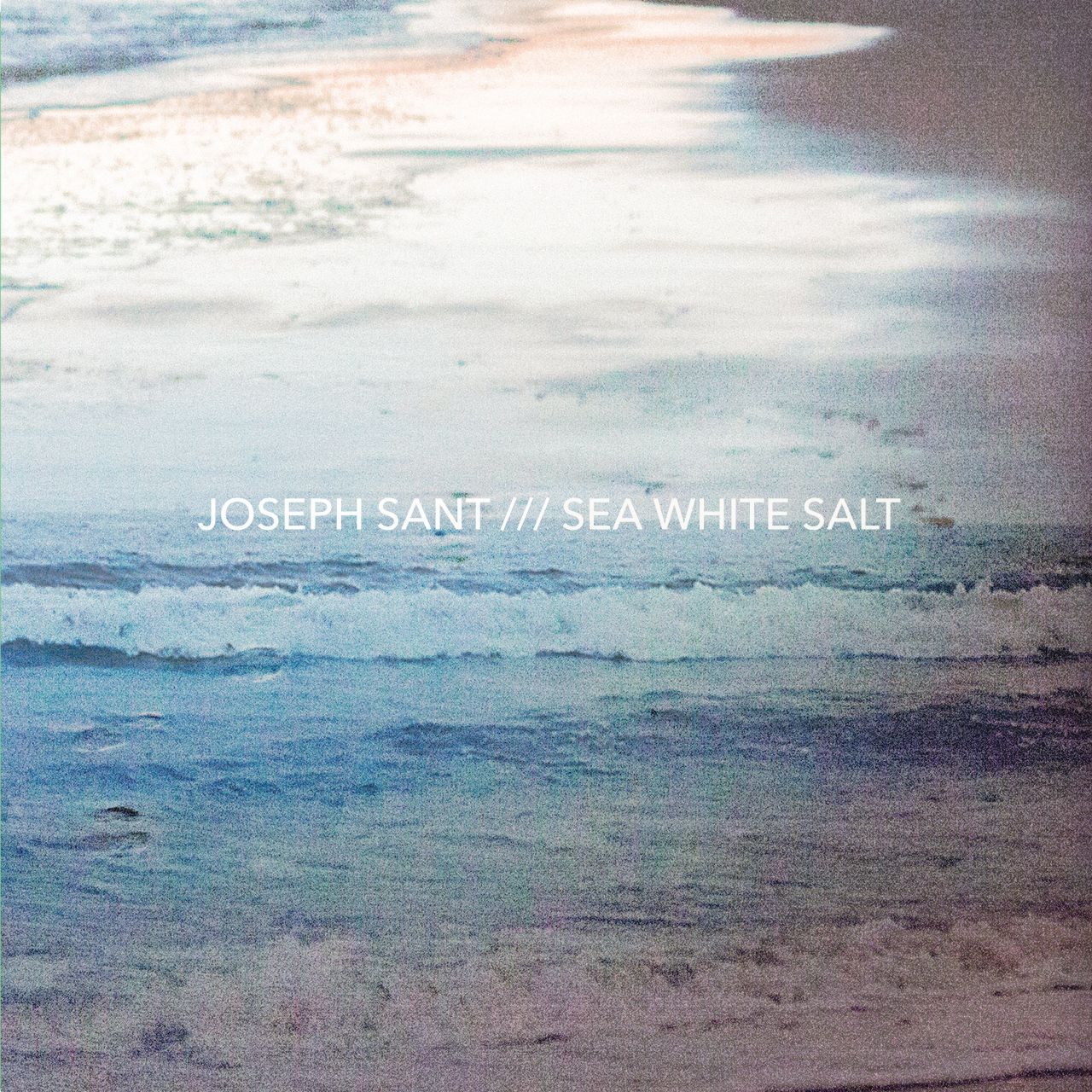 Solid tunes of light, atmospheric, delicate art-rock from Joseph Sant…they’re actually quite involved and intensely interesting throughout his new EP, Sea White Salt. There’s a lo-fi, smooth-indie vibe that runs deep within these four-songs – they’re essentially built on what’s actually cool verses what’s perceived to be cool out there in the mainstream. There is substance here…there is beauty…there is uniqueness… There are tremendous ideas and stunning execution in the performances that come into play on Sea White Salt, and quickly at that…

“Horse At The Beach” is a brilliant opening. Almost like an indie alt/rock swing through a smoothed-out samba-beat…it’s a gentle beginning…but also extremely impressive for the looseness in its structure and how it remains sparklingly captivating. Where the clincher came for me, was in the guitar solo that happens just as the second-minute clicks in…it is GENIUS…and sounds like freakin’ gold to my ears with its vibrations rocking & rattling the tone of the tremolo notes into place. It’s apparent that Joseph Sant is after something different right from the very beginnings of “Horse At The Beach” – but it was that solo that convinced me solidly that he’d be out to do different better than the rest do different.

Yep! Does to me…that’s what I meant & we’re moving on…

Very much like the more hushed moments of Ours or Palo Alto…heck, I even get a kind of Modest Mouse thing out of the ending to “Horse At The Beach.” You could go with Band Of Horses, Radiohead, City And Colour or perhaps Canada’s short-lived Zuckerbaby when it comes to the sound of what Joseph is up to on Sea White Salt…he’s pulled in a range of influence, tone & sound into his own creative & fresh ideas for combinations that are truly all his own by the end. Each of these songs have such a special form of delicateness…like they’re those expensive crystal-things you collect & keep in a case, each song as beautiful as the rest and just as deserving to be on full-display as any other found inside it. The title-tune itself, “Sea White Salt” kind of has that recent feeling that Beck found on Morning Phase…or from his past on Sea Change…but again, while comparisons can be made – I honestly don’t know many that are going after it or approaching music quite like Joseph is here on this EP. Not quite sure where the confidence has come from, but the guy clearly has a direction and style for his music that he owns perfectly…don’t let the subtle-nature of these tunes fool you for even a moment – they might be gentle, but they are filled with the confidence that he’s making the music he truly WANTS to make. And that resulting sound…is quite a passionate and beautiful one.

Let’s suppose for a moment though…that you need further convincing; to which I’d then submit to you, the third song, “Noreaster.” It gets tough to not feel like this might be my favourite tune of the four…it more than likely IS…I certainly think that on this record, it’s by far and away Joseph’s most accessible tune. If he’s taking this EP out to the world, “Noreaster” would be the track to go with, no question. The writing of this song is massively-clever…the guitars sparkle & shine with their shimmery-tones…they sound light, airy, floating & dreamy…like snow falling towards the ground. Perhaps in my favourite switch on the entire EP – “Noreaster” finds a second-gear in its second-half…the guitar-line melodies are brought out even further towards the front of the mix and it sounds incredible. All you singers out there that are afraid to sink yourselves into the music a little more need to take a huge lesson out of what Joseph’s done here on this record – his music has stood out just as much as his vocals has throughout this EP as a result of that choice and the balance is perfect. Will you understand every word clearly? Hell no! But let that be one of your MANY reasons to return to this gorgeous EP and listen to it again.

Ending on the shortest & sweetest of notes…”Only The Shock” is every bit consistent with the sound of Sant and what’s been achieved on Sea White Salt. That is to say, it’s another diamond in our coal-filled world…another stunning gem that puts writing, melody and art into one spectacular combination. The guitars again…just beautiful…seriously wonderful stuff – and the drums for some reason really stood out to me on this final-cut; there’s nothing over-complicated or tricky to them…it’s really just how perfectly this tenderized-beat has been placed into the mix that makes it magical.

But largely…that’s been the story behind this entire EP. Joseph Sant’s Sea White Salt is an audible-triumph in stunning atmospheres and beautifully unique song-writing that has a tremendous ability to captivate your mind & imagination all the while charming the ears right off of your face. He’s used his voice cleverly…much like an instrument on these four-songs and blended himself right into his dreamlike sounds for a recognizable, signature-style that will no doubt leave a memorable impact on myself personally for years to come…and I have little to no reason at all to doubt it’d be any different for YOU. Very impressed with Joseph Sant…the world needs more music from this guy right now.

Find out more from his official page at: http://josephsant.com/