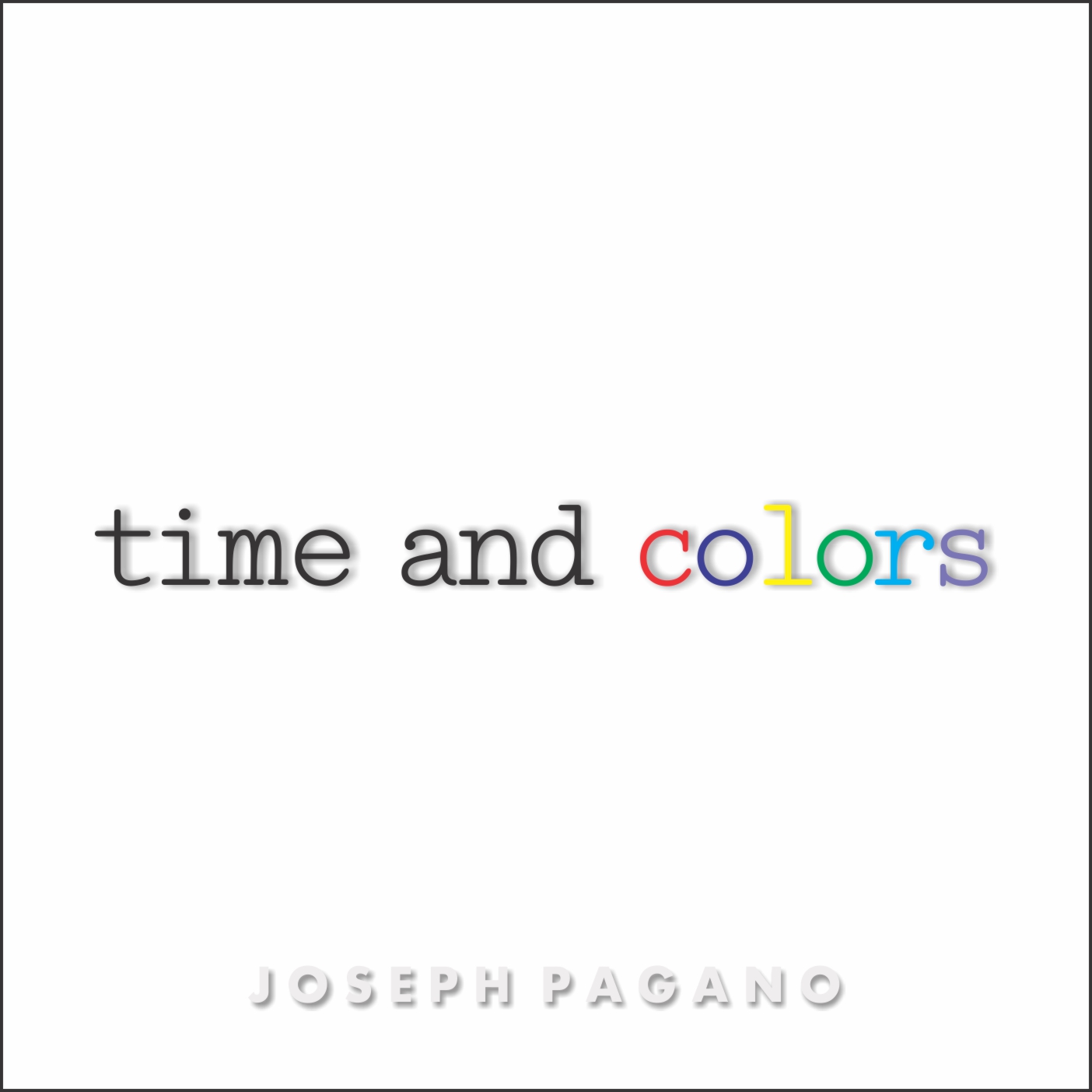 There is a strong mix of emotions on Joseph Pagano’s latest EP Time And Colors, his second release of the year to be exact, following February’s release of the Graveyard Of Dreams EP. This is our first introduction to this indie/alternative-rock artist and his tender, sincere approach to his music; at times it has edge, others it has melody…but in all five of the songs you’ll find on Time And Colors you’ll hear the genuine love of music in many forms coming from the passionate guitars and vocals of multi-talent/solo-artist Joseph Pagano.

The first thing I noticed when I was checking into his social media & doing my usual research was a comment about there being ‘so much to learn in the studio!’ From listening to this new EP…I dunno…it seems like he’s learned a thing or two already if you were to ask me…I think the opening/title-track “Time And Colors” is a real indication of an artist with the heart of a lion. This is the kind of song that takes courage to write and deliver with the emotion it deserves…it took me a couple beats to get used to the vocal sounds & tone of Joseph…but within a couple listens I found it to fit beautifully & perfectly. It’s an excellent pop/rock song with endearing indie-qualities and some truly stunning emotions displayed in the melody/vocals…the progressions of the chords in the music match the energy perfectly in this opening tune. Complete with an exquisite guitar-solo nailed note-for-note…”Time And Colors” manages to marry old-school melodies from early in music’s history with unique modern-day indie qualities. Beautiful start!

Straight into a gritty-rock riff & more Americana-sound to the rhythm…”Life In A Bag” is definitely not my thing personally, but Joseph seems to be pulling this one off too, with a style that seems to be somewhere between Axl Rose and Chris Robinson. This second tune has a real ‘Friday night at the bar’ kind of feel to it…familiar…rooted in old-school rock but not quite offering as much new to our ears like the opening song “Time And Colors” did.

Oddly enough…I nearly feel the same way about “16 Other Ways.” I swear if we were to look at these two songs, “Life In A Bag” and “16 Other Ways” on paper alone with the detailed facts written out, I’d probably not be inclined to pursue either! BUT…dear readers I say BUT…there’s something extremely addicting about the way that Joseph has settled into the melody and lyrics of “16 Other Ways.” Another familiar, comforting and warm rhythm…I think it’s the sentiment of the lyrics that gets me each time and the main hook of that chorus; it’s not normally my kind of thing but I dig the extremely bizarre mix on JP’s voice and he’s once again found a tremendous guitar solo with REAL teeth and absolutely wicked tones. I’ve tried to resist this incredibly-specific love-song…but I can’t…well-played Joseph, well-played.

Now…if I didn’t know any better…I’d say that “Candles Hope And Faith” represents the overall sound and style that Joseph is looking for, and most comfortable/confident in. This song is a real subtle nod to some of the great music of the late 70’s & early 80’s with the theatrical/dramatic build-up of this song as it plays. If anything…I think that this is one song where he might have been able to pull off going slightly bigger in that middle build…maybe brought that excellent guitar-solo up just a little more in the mix to make it really pop…but that’s a pretty minimal complaint if even a complaint at all. “Candles Hope And Faith” is a sweetly-intentioned, piano-led mid-tempo gem; definitely one of the strongest for Joseph in overall performance as he nearly sheds his charming indie sound for a smoother, more polished rock/pop sound…you know…if you’re looking for that kinda thang. For me…I’d still take a song like “Time And Colors” that might be a little more rough around the edges but a little more authentic in its intentions and approach over the tighter-production & pursuit of perfection in “Candles Hope And Faith,” but as we all know already, I’m strange like that. They’re both fantastic tunes and more than likely would end up topping the list of five were I to put them in an order of my favourites…so I’m really splitting hairs in comparing two of the greatest tracks he’s recorded on the Time And Colors EP.

Ending it off with another stomp through Rockville…this is the most confident I’ve heard JP on the record so far! I mean…he’s letting it LOOSE here! It’s SO EASY to get into a rock song like THIS because Joseph is right into this one himself…you can absolutely hear it! Right into the groove – this final cut, “Mamma Don’t Call Me Home” is a rad last tune to have included and easily includes some of the best guitars cut into this record. Reminds me a little bit of the playfulness of the later rock-influenced songs from Better Than Ezra that incorporated wicked rhythm & riffage like this last song from JP does. He ends this experience into his world in full-on party-mode, leaving your ears with an impression and instant desire to hear Joseph Pagano again…and to turn it UP!   Great bass-roll in “Mamma Don’t Call Me Home” and soaring guitar notes come shredding through this ripping last cut…this is the impact you want to make with those final moments; JP wrapped this EP up TIGHT in a real classic & stylistic fashion.

Find out more from his official page at: http://josephpagano.band/