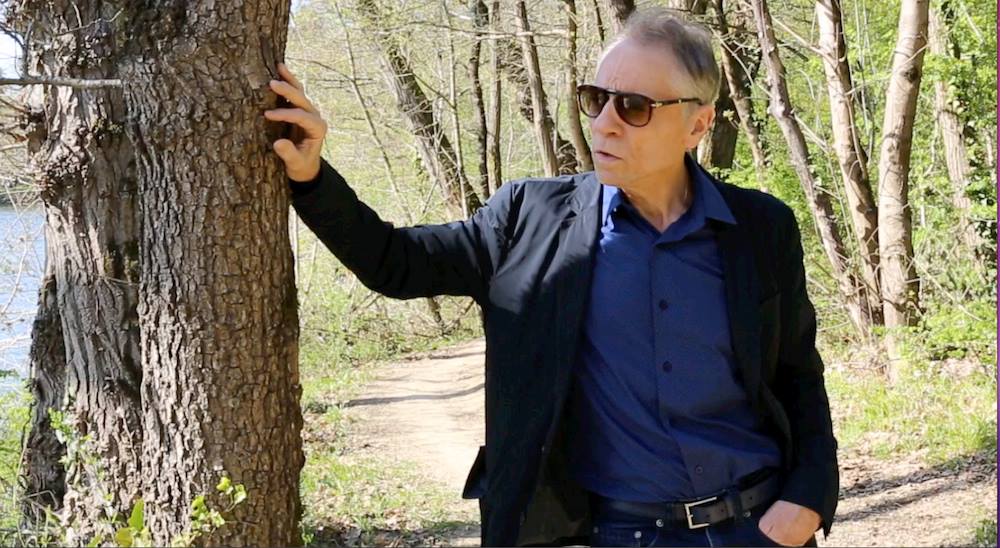 When I was contacted to do the review on this album, it actually started out with communication that read like this: “Hello I’m french ! I don’t understand every thing you say!” I mean…c’mon…how awesome is that?

I was also reasonably sure that he was selling himself short once I started listening to the first track, “La Bonne Toile,” titled in French like the rest, but instantly starts out this album with half its first tune being sung in clear, precise & easy-to-understand English. I’m pretty sure he understands most ‘things,’ or more ‘things’ I’ll say than he’s letting on…maybe not every thing…but let’s test that out, just for the sake of fun…

Not only did I dig the upbeat-vibe and attitude of “La Bonne Toile,” but I found the following song, “Faut Pas Chercher” to be positively ufkxmmm4, hj8kls and most certainly llll66</{u9thJ! – know what I mean?

Alright, alright…I’ll start being serious…or at least more-so from this point on…as best I can. I really do dig the fun in the vibe of what José Ducassé-David is doing on this record and in these first two-songs. There are a few moments where JDD roams a little outside of the sweetened-tones he’s looking for on “Faut Pas Chercher” and might have needed another run through or two…but when you listen to the rest of the album, it seems as if perfection isn’t the number-one priority in comparison to the freedom of expression on this album…and I think you gotta respect that for its intent.

And I can certainly dig on the smooth-jazz feeling to “Juste Un Parfum” – Ducassé-David puts together a solid-croon through the vocals, great backup-vocal ideas that pop-up every once in a while as well all combine excellently with the drums, bass and piano. Of the three tunes to start out Pieds-de-nez – this was where I started to really get into it – “Juste Un Parfum” is a fantastic experience and professionally performed by every player involved.

There is also a playful/theatrical element to the album and certain songs that is a little beyond me in terms of my own personal taste. Songs like “Place Du Capitole” are performed-well…played-well… José Ducassé-David wants to watch the drawl on his crooner-style singing; at times it sounds perfectly in-line with his intentions…at other times, it’s coming close to how the Swedish-Chef might go about it. “Place Du Capitole” is camp-defined…it’s a texture in music I find myself never searching for – no fault of José’s…again, it’s come out confident, bold & bright…it’s just not my thing personally.

Smooth-sounds return to the album through “Rien Que Pour Toi,” led by the warm-tones from the guitar-work and low-end melody of the vocals contrasting each other well. Retaining the jazzy-feel but shifting around both tempo & language in “Lost Sunday;” José Ducassé-David leads the music at his most confident on this tune with a sparkling performance. Really clever song for its complexity and how it weaves throughout each different part…and a killer trumpet-solo that’s short but entirely awesome – I dig what he’s come up with on “Lost Sunday.”

“Ma Muse” is another highlight for the music with its extremely tender & inviting sound. JDD sings sweetly throughout the stunning melody, and for the most part delivers us the sound we’re looking for on this track. A few spots where the notes carry on a little past the point of their retention in tone, but for the most part this track hits the spot as gently as it can overall. The sweet intentions driving the music on Pieds-de-nez carry on into “Ma Libellule,” which has an additional female lead-vocal, also backing up Ducassé-David through the harmonies. A fantastic idea to bring her in – she sounds wonderful and puts much of the sweeter-tones we’ve been looking for on this record to match the music perfectly in her performance.

Nearly taking us into the ballroom for the theatrical, mid-tempo “Drole De Journe,” the resulting combination of classic-sounds from the simpler-times of music seem to have inspired JDD, who puts in another fantastic performance throughout its verse and chorus. Spots like around the two-minute mark are not for me…that’s a whole-side of music and approaching vocals that rarely makes sense to me…I mean…I’m looking for reasons to take them as seriously as the music, but they borderline on comedic at times in their delivery. It’s completely on purpose, and I get that…again…just not my thing, or more specifically, I think the overall experience of Pieds-de-nez is somewhat divided between that theatrical & sincere push/pull. I’m of the mind that if you’ve got the chops & skill to keep it serious when an album begins in that style and mindset, that’s it’s a very, very tough thing to add elements of audible-joy & wild-expression in after that kind of set-up and have the serious-songs retain their sincerity.

That being said…I think that José Ducassé-David has wrapped up the album tightly with its final tune, “Au Bar Le Chat Noir” – it’s by far the best marriage between the two main aspects of the music and style of this album. A gentle but charming end to what is certainly an atmospheric-experience on JDD’s Pieds-de-nez – it’s not anything close to what I’d normally listen to here in the studio in Canada – and you know a new experience is always an exciting ‘thing’ when it comes to music. So if you find yourself looking to reach for something that’s unlike the rest of whatever else it is you could possibly be listening to – this might just be the perfect album for ya!

Find out more about José Ducassé-David at his Facebook page: https://www.facebook.com/jose.ducasse.david