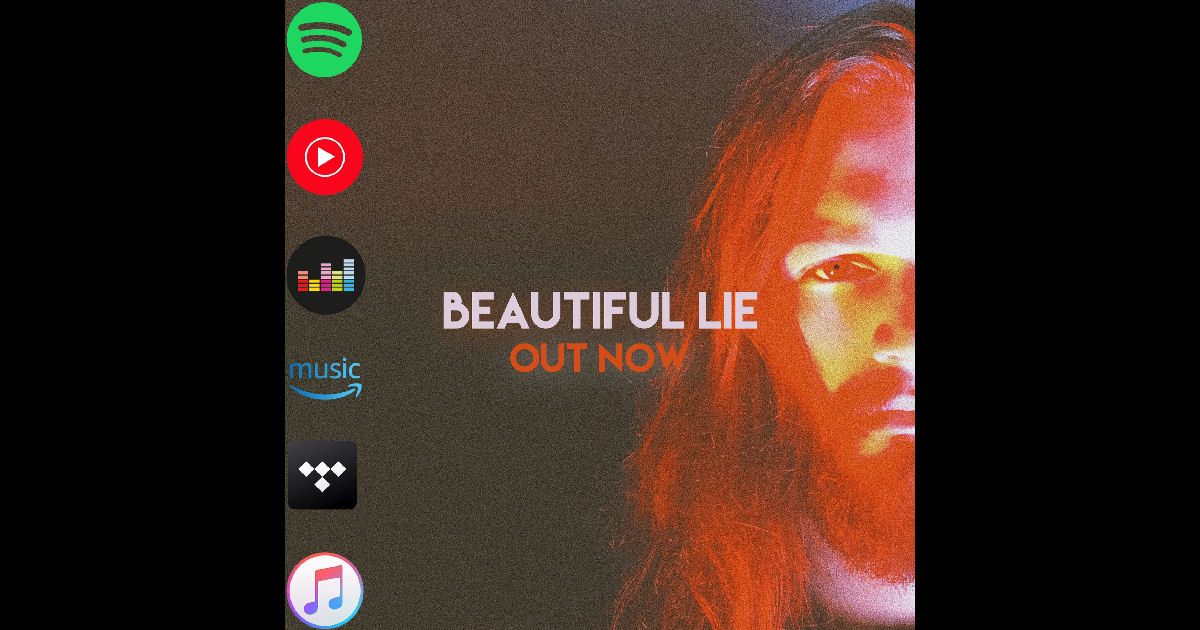 Here I am, the innocent music-reviewer just doing my best to do my due diligence in writing about Jordan James Thompson & find out a little information online at his social-media page, when I stumbled upon a picture that looked totally like JJT, but nothing the JJT that was on the cover of this new single of his.  Without actually reading the caption that had been posted with the picture, I sat there amazed for a second – maybe that WAS Jordan James, wasn’t it?  I mean…the dude was OLD – but he looked just like him in so many ways.  I should know better; read captions first, scan pictures second – it was that freakin’ Face-app.

Anyhow…I’m not letting all that good-good research go to waste – I can tell you he looks great as an old guy.  Heck, if my picture looked at all like that whatever age that is (it won’t, I’ll look like an old popped tire with no tread left), I’d practically be looking forward to it.

For the record however, he’s much younger than that picture let on and much closer to the one that’s on the “Beautiful Lie (Live)” cover, which was presumably taken on a non-time-machine camera.  To be fair to myself, that was part of the initial shock (though yes, again, I should have read the caption) – the voice I was listening to coming out of my speakers while I was listening simply did not match that old dude’s age…that’s all I’m saying…if anything, hearing JJT is probably what made me look up to finally read what he’d written on that posting & how it let us in on that being part of the whole Face-app deal.  Don’t get me wrong…I met plenty of old timers that could out-rock a teenager on any given day of the week – but the voice still matches the face 99% of the time.  JJT’s present-day face matches his vibe.

So…yeah…there we go…that’s what I’ve found out so far beyond the music.  He’s also from Belfast, has another new single that came out pretty close to the same time as this one called “Strong One (Live),” and presumably has at least one awesome Rottweiler from what I can see in his pictures.  Plays lots of covers on the internet too…Jordan James of course, not the dog.  Though I suspect that pooch might be downplaying or outright hiding his musical talent from the world…

All of these astonishingly astute observations of mine aside, this Jordan James Thompson is fully legit.  Part of the real magic here, is the fact that these songs he’s putting out ARE live – don’t mistake that for unpolished, they sound plenty fine – the point is that…well actually, the point is the fact that these songs DO end up seeming really well-rounded and polished for being a live performance.  Full proof that all this guy is ever gonna need is a guitar and his voice to entertain ya as far as my ears are concerned.

Because there really are just about a million things you can tell about a musician from a live recording.  You can hear precision in JJT’s playing and a great sense of timing, songwriting, and structure.  In his vocals, you can hear passion without question, lyrics that burn to understand life & love & what this whole journey we’re on is all about – and you can hear the raw, unfiltered talent of an organic & bold singer that has an extraordinary amount of tone & power at his disposal whenever he wants to turn on the tap.  He gives you an excellent performance throughout “Beautiful Lie (Live)” in switching between a delicate & gentle near whisper in the opening verse, to a full on frenzy of remarkable melody & moving energy in the chorus, to amping-up the intensity even more as he sings the song throughout – and again, this is LIVE…notice, recognize, and respect the fact that JJT gets an arguably flawless performance out of himself when it comes to what’s happening on the microphone and in the music of this single he’s got.

Even on a production level this really ain’t far off at all…I mean, I’d happily listen to this tune and have been happily listening to this tune with no massive objections.  That being said, I’m able to take that grain of salt and roll with it…others maybe not as much, and that’s fine – we can cast the widest net we want to try and catch every single fan in the ocean of music out there and still never get’em all.  Sure there are a few occasional spots where Thompson reaches an intensity that can definitely peak the levels as well for a second or two, but if you look at it from another angle, you gotta love that it’s pure passion that fuels a moment like that to begin with.  So for myself personally, those tiny moments where it comes through a bit hot in the mix are more than acceptable…in fact, I’d argue it’s a large part of what’s made a ton of live-records great in the past as well…because your ears know without question, that what they’re hearing, is real.

Beyond all things…it’s about the strength of conviction.  When JJT sings “I wanna believe” towards the end of the song – WE believe HIM…you feel that moment right in the heart…and you end up wanting that FOR him…you want him to find whatever it is that he’s searching for, because you can genuinely hear the pain the struggle has caused him through this search for meaning.  He’s communicating an authentic & heartfelt desire to be WHOLE…ultimately, I think he nails that in a raw, humble, & relatable way that reveals the serious passion he has as a musician, and how down-to-earth he is as a songwriter.

Find out more about Jordan James Thompson at his official page at Facebook here:  https://www.facebook.com/JordanJamesThompsonOfficial