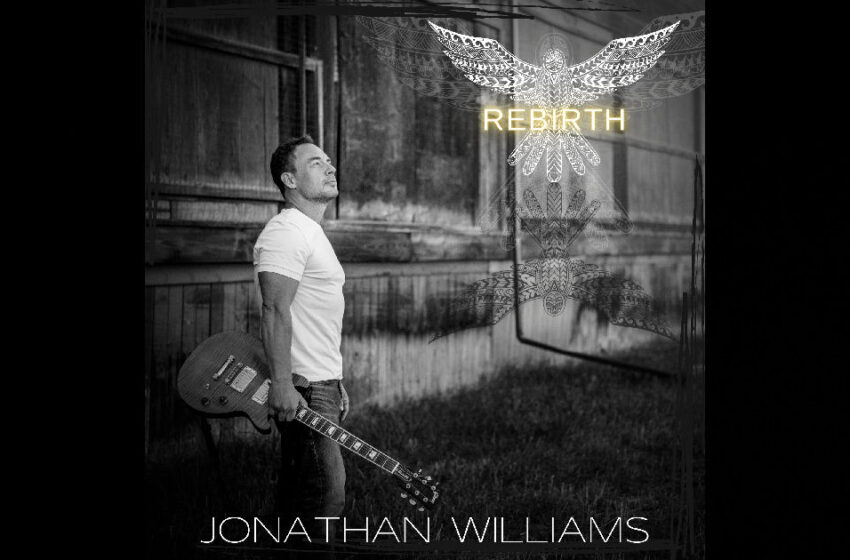 Jonathan Williams – “One Of Those Days” – Music Video Post

Really solid & steady songwriting from Jonathan Williams on his new single “One Of Those Days” – and when considering the shaky ground he’s found himself on in the past…one might very well say that even just being here today to make his music at all is an achievement, let alone having a single like this one come out with the resounding confidence that it has.  He’s survived through the collapse of a marriage, he’s battled through depression…and perhaps most importantly in terms of his future ahead, he’s made his way back to making music where he was once long ago, and quite clearly belongs based on all you’ll hear.  He’s got that show-stopper kind of approach that you’d find in something like Daughtry…guitar chops that are certainly noteworthy and influenced by none other than the man himself, Joe Satriani, where Jonathan’s genuine obsession with the instrument can all be traced right back to…he’s got a robust voice with range, and he’s found the strength to use it for the greater good, which of course we love here.  “One Of Those Days” is a perfect example of his attitude & mindset in action – his artistic courage as well – in tandem with the lyric-video, it deals directly with suicide & depression in extremely powerful & poignant ways.  It’s vivid, and it’s real – listening to “One Of Those Days,” you know beyond the shadow of a doubt that Jonathan is drawing from an intense well of thoughts, feelings & emotions that come straight from his own real life experience…because it’s that sensory – you can feel this song.

If you tuned into the SBS Podcast earlier on tonight, you had a chance to hear “One Of Those Days” along with more of my thoughts on Jonathan Williams – if you haven’t checked it out yet, click here and I’ll tell ya a whole lot more about the man.  To sum up much of what I was talking about – I commented largely on the resilient character of this man and how he’s made an impressive rebound from the bottom of the barrel to be where he is now today.  Songs like this one, are crucial to his own healing process for sure – but in making a single like this and putting it out there into the world, he’s now serving an even greater purpose in assisting the healing of other people as well, who might very well listen to what he’s singing about, relate to it, connect to it, and understand exactly where Jonathan’s coming from the in well of despair that runs deep throughout the words of “One Of Those Days.”  In the end, hearing Williams sing about such vulnerability shows an incredible strength that he’s found in going through all that he has – which in itself is incredible – but there will be other people that will hear what he’s been through, recognize that they’re going through these situations, these thoughts, these feelings…and in hearing this song they’ll know they’re not alone.

We can’t lose sight of the fact that, if you were to ask almost any given artist or band what the whole motivation of making music boils down to, 99% of the time, you’ll get a very similar answer shared between all that goes something to the effect of “man…I tell ya…I don’t need the spotlight, the fame, or the mansion…if my music can reach just one person, then it’s all been worth it.”  As you’ll see from the lyric video that Jonathan has put together to support “One Of Those Days” right at the beginning, the hard statistics are staring us right in the face as it begins:  “800000 people commit suicide each year, globally.  That’s 1 person every 40 seconds.” – which is…staggeringly sad.  Knowing how close people like Jonathan have come to being a part of that statistic makes me ever so grateful that he was able to steer clear of the fate that could have become him in order to be here today – and now, if his music can reach that one person…maybe two, maybe three, maybe hundreds…perhaps that horrific number of souls lost can be reduced just that much more over time.  By opening up the dialogue through important songs like “One Of Those Days,” Jonathan Williams can play a significant role in creating a better tomorrow for many people out there; and if that’s not full-circle redemption my brother, I’m not sure I know what is.

Find out more about Jonathan Williams from the official sites below!