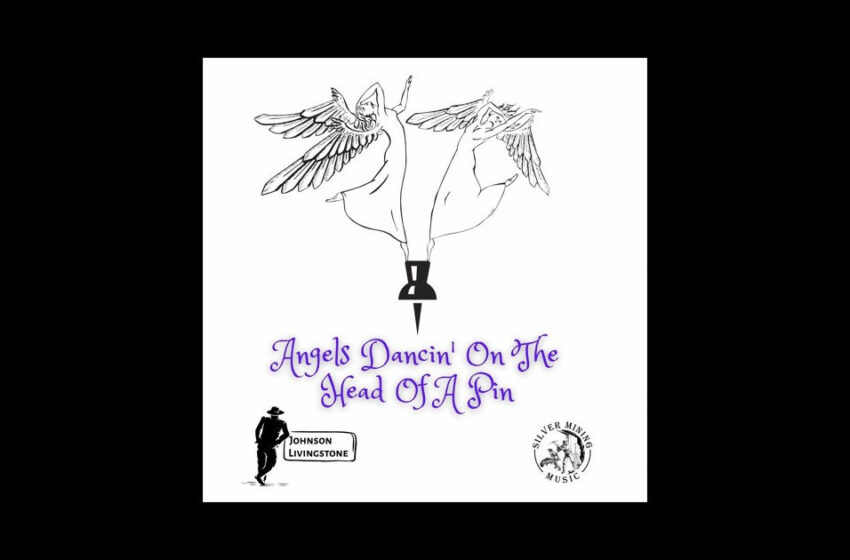 Alrighty…so…how does one even really begin to go about describing this tune?

Which in itself, is sayin’ something I suppose…it’s not like this is within the first ten reviews I’ve written.

What do I really like about this single?  That’s actually a really good question.  My gut tells me that on a personal level…I do like this tune, quite a bit…especially if we’re talkin’ about performance-wise; if I’m being real with ya, I don’t know that anyone out there could have done any more with the material at hand – Johnson Livingstone is quite the exceptional talent when it comes right down to it.  I suppose I wonder a little about whether or not a track like this gets a fair shake in the present day, if it’s a bit out of step for what’s currently happening in music perhaps…but truthfully, I never think that really matters at all.  Depends on what the goals of any artist or band may be of course, but if you’re asking me, based on my experience, there are more than enough listeners all around this globe to lend their time and attention to the music they love…sometimes it’s just a matter of finding it.  Same thing…if you’re an artist or band that wants that overnight success…heck…sometimes ya gotta just ride it out for a while until people find ya, know who you are, hear what you’re all about, and come back craving more.  Ain’t nothing wrong with that either in my opinion…great music eventually gets heard – I fully believe that.

So follow “rule #1 – don’t sweat the small stuff,” like Johnson Livingstone will tell ya at the beginning of his new single as the catchiness of this track hits ya and the upbeat vibes of “Angels Dancin’ On The Head Of A Pin” begin to work their magic on you.  It’s hard to conceive of a world that wouldn’t have enough people to appreciate the sensational musicianship you hear; so follow “rule #2 – worry about the big stuff” instead…which I’d reckon are the fundamentals, which are also all in-line here.  All-in-all, you’ve gotta look at the many twists & turns through “Angels Dancin’ On The Head Of A Pin” and admire just how fluidly it moves & grooves, how much entertainment is stockpiled into this single, and the way the ambitious songwriting & instrumentation really take a starring role here; it’s all confident, cool, and full proof that Johnson’s a highly capable artist that has an imaginative, expressive, and clever approach to making music that ain’t typical by any stretch in comparison to what’s out there right now.  Likely because he follows “rule #3 – it’s all small stuff” – which is the truth as far as I objectively know myself as well – you take care of the BIG stuff, and trust me when I tell ya, the rest falls right in line where it all should be.  Listen to the smart way it’s recorded & played…the way the guitars move through your speakers and find that extra space & clarity to really stand out as they should – I love all that.  Or how about the spectacular performance Johnson puts in on the mic?  The essential backing vocals that come along with him supporting the melody?  All that’s brilliant too.  The bass-lines?  Don’t even get me started or we WILL literally be here all week long…that’s gotta be my favorite aspect of this entire cut when it comes to the music, 100%.  Drums have punch & energy too…like I said…you’re not gonna find anything out of place or out of line…Johnson Livingstone’s put together a seamless single with “Angels Dancin’ On The Head Of A Pin,” and it’s really just a matter of whether or not people start listening to it right away, or if that’s gonna take some time for an innovative artist like this to break everyone in.  To me, it’s undeniably catchy, the commitment to the performance is nothing short of remarkable, and the production is completely outstanding…at the end of the day, it’s hard to imagine people resisting that.

Even though “Angels Dancin’ On The Head Of A Pin” incorporates two things I traditionally rebel against in music/life…which would be a form of counting in a song, and rules of any kind being advised to me – I’m willing to side with what I’m hearing here…because for real – this tune sounds freakin’ fantastic, and that’s the truth.  The musicianship & the way it’s structured is a pure joy to listen to – you can HEAR that the effort has been put into a song like this…from the insightful cleverness within the lyricism, to the impeccable flow of this single from start to finish…the professionalism on this cut, even amongst all the fun you’re more than likely to be having in listening to this tune…is likely to leave the biggest impression overall.  Because if we’re talkin’ about quality, precision, and attention to detail from concept to the execution…there are no faults to be had here folks…none whatsoever.  For as complex and intricate as it truly is in its design & demands on the instrumentation, “Angels Dancin’ On The Head Of A Pin” comes out shining bright with relentlessly catchy sound, almost pulling the wool right over our eyes when we consider how flawlessly smooth & vibrantly ALIVE the results are to listen to, and how much it would take to achieve all that.

Tags: Angels Dancin’ On The Head Of A Pin Johnson Livingstone Singles sleepingbagstudios