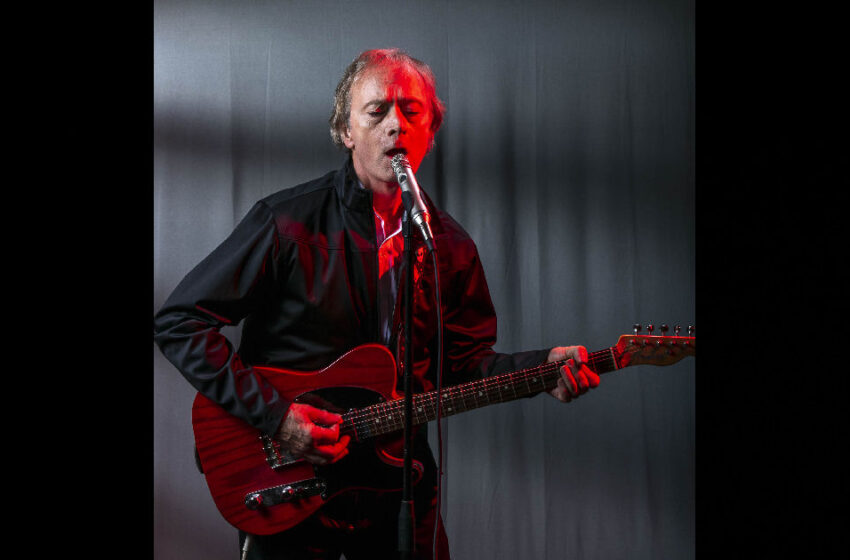 Johnny May – “Wing And A Prayer” – Music Video Post

As kickass as that quote up top is, I could keep you here all day long pulling just as many others out of this insightful single here by our Canadian brother Johnny May.  Finally y’all – some REALISM!  That’s all I’ve been asking for…heck, I think most of us have practically been begging for it throughout the past two years.  No false promises, no disingenuous optimism about issues we’re ignoring – we the people, want artists out there like Johnny, who are unafraid to tell it like it IS and give us the information we so sorely need as straight-ahead, unfiltered, direct & honest as he’s givin’ it to ya in this new song he’s got.

“Wing And A Prayer” examines the state of things as they are right now…from tackling elements of the pandemic era, to the disconnection of society through social media & technology, to the damage we’re causing to the environment & atmosphere around us each & every day through our careless ignorance – Johnny pulls no punches and spares us no quarter…nor do we really deserve any.  When you spin through “Wing And A Prayer” and you listen to the case he’s making for how fragile our time truly is, and how very close to the edge of existence we are – you gotta admit, he’s giving your brain plenty to chew on & consider as you begin to understand how our collective inaction and apathy has been destined to do us in.

Extremely well thought-out all-around from sight to sound, the songwriting runs deep, and the visuals are freakin’ spectacular in my opinion – I wish all lyric videos were half this awesome.  Excellent animated scenes, just the right hint of the old-movie effect to give it the movement it needs to come alive onscreen – I could honestly watch this kinda stuff all day long.  Apparently I’m not alone in that either – you can see from the hit-count at YouTube that people from all around the globe have been tuning into Johnny’s latest tune.  Love the way this track starts too…I’d try to explain it to the rest of the world, but the best way I could put it even then would be to say that it’s a quintessential Canadian Rock style of vibe…that stellar combination of bold tone in the guitars, gripping bass tones, and crisp beat…it makes for a fantastic gateway into “Wing And A Prayer.”  Will everybody out there appreciate the frank honesty & realism?  I mean…I wish that was the case – I’m sure Johnny does too – but I’d imagine the man is much more realistic about it all, just like his lyricism in his brand-new single here.  Some will get it and make the connection to its call for action, and some will just want another plastic tune built on pure Pop confection.  The hope is that a track like this would reach a modest crowd of people out there that haven’t really sat down & thought about all of what Johnny’s singing about, and how it affects not only their own life, but affects the planet as a whole – and make the changes we need, before it really is too late.  I commend the man for his honesty, I salute his realistic perspective, and I dig Johnny’s vibe overall – he’s got a real point of view he can stand behind and a genuine gift for expressing it through his music.

Find out more about the music of Johnny May at his official page at Facebook here:  https://www.facebook.com/Johnnymay.365

Tags: Johnny May Music Video sleepingbagstudios Wing And A Prayer