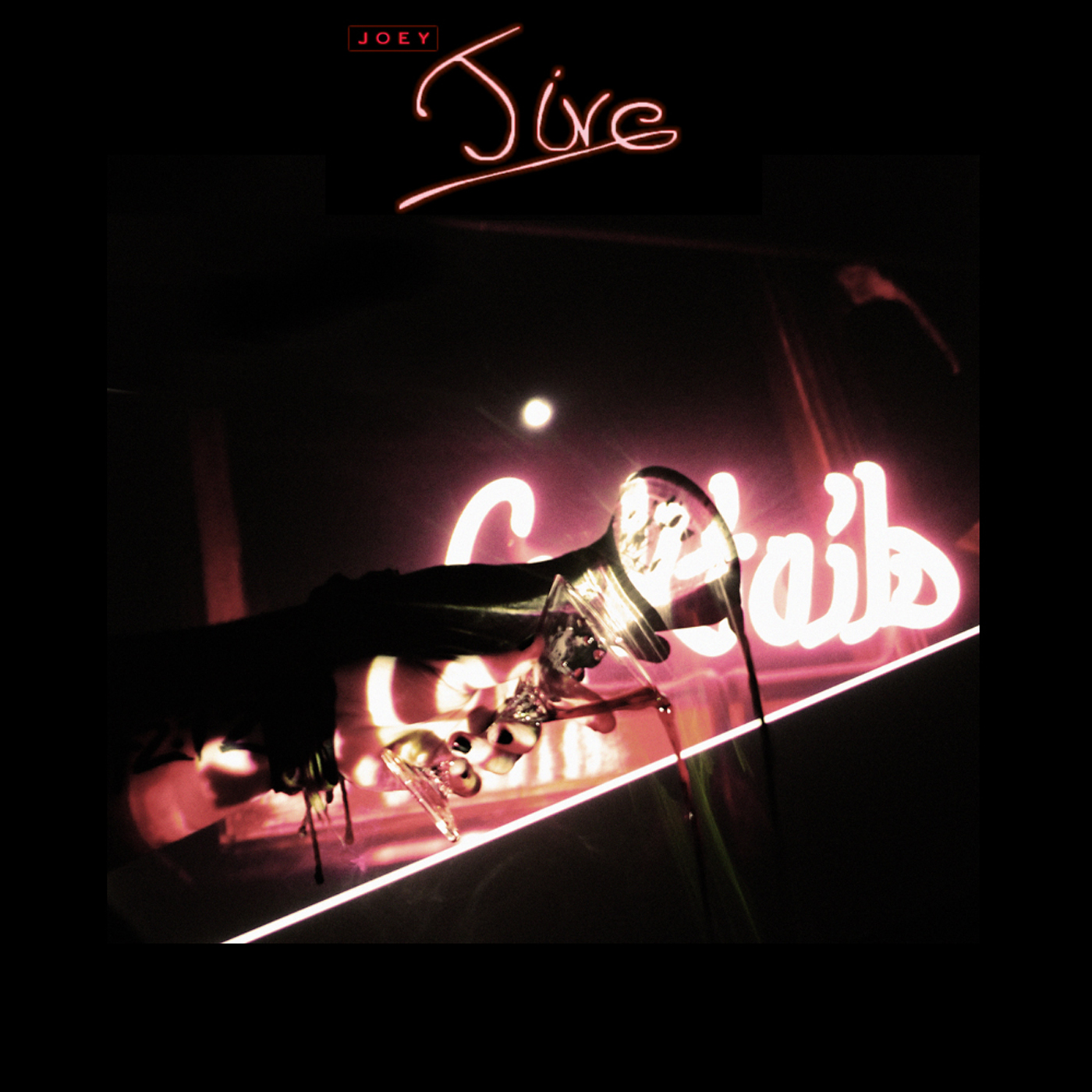 Yessssssssssssss. Remind me to thank Joey personally if I’m ever to meet him in person for making an album tuned to my particular ears. With a brand new album full of music as interesting in the writing as it is in the texture and production – there’s so much to listen to in just seven songs that it’s a lock to keep your interest.

The lead single is called “Boardwalk,” the second track on the album with one of the best change-ups your ears can hear coming to life just after two minutes in and until the end. Joey took a track rooted in a The-Cure-meets-The-Strokes style and turned it into an indie-pop sensation by the end. The track to follow – “Foxes,” shows a more aggressive aspect to Jive’s music and the incredible ingenuity in his work.

Some of you out there…well…some of you are going to call what I love in Joey’s music “the noise.” Jive displays a mastery of using effects and samples in his work, creating inarguable atmospherically rich tracks that take you somewhere. “Starlight” is another absolute stand-out track; a brilliant vocal sample playing against a hypnotic sample/synth rhythm and guitar. The story is as dark as the track is haunting; this particular cut shows a different side of the Jive we’ve seen on the record thus far and really starts to make you wonder just how deep the well of creativity runs over there in the UK, as Jive’s ideas appear to be endless.

I suppose I should have known from the opener “Summer Days” and it’s other-worldly-opening that this wasn’t going to be a typical album by any means. The excellent vocal work mixed in with the bright distorted guitars and vocal samples…it doesn’t start “normal” in this cut or give any hint at becoming so at any point in these seven songs. This is music for the fringe-listener.

Consider me one of them.

Ironically, when listen to Joey Jive’s album, the track that “separates the men from the boys,” so to speak, is actually called “Diner’s Girl.” This is the moment on the album if you find out for sure if you’re WITH Joey and what he’s doing, or if you can’t hear it yet. Because I can see it now…dismissive reviewers that don’t put a full listen in are going to say Jive’s vocals are “off” or “all-over-the-map.” It will be easy for him to spot passive journalists as this track in particular shows Joey’s commitment to his style. In fact, the moment the vocals hit the song I began to smile.

“This guy’s a genius,” I thought to myself.

And genius, or madman is how he’ll most likely be remembered by any listener. To some, this music has such an intense attention to detail and creativity in every nuance that it’s more than captivating. To others, this is going to be seven-steps too far into the beyond…he’ll be told he’s not writing “real” songs etc etc… “Midnight Drive” will more than likely be their argument…a wickedly intense dark electronic that again contains a wicked vocal sample that is welcomed by the ear every time it invades the music.

So. If you stuck with Joey and his unique style past “Diner Girl” then you’ll be in for a more than satisfying ending with the track “Jive.” With a frantic and familiar guitar line, creative percussion and great ideas, Joey Jive boarders on the work of early Pink Floyd & Primus here. Once again, can’t say enough about his choices for creativity in sound throughout these songs and again, this song is no exception. Pushing his vocals to the limit against the contrast of a narrated vocal sample, this track of a Jive nearly yelling his words makes perfect sense to me as his choice to end the album.

It’s like a final statement, shouting loud to anyone listening, (And their neighbours…)

No matter the direction, no matter the sound choice I felt like I was right there with Joey Jive the entire way through the album. His ability to incorporate samples and sounds carries over into an ability for these songs to make you feel like you’re right there in the room with him while he’s recording. Absolutely worth a listen.

Check out more info on Joey Jive and what he’s up to at: http://www.joeyjive.com/