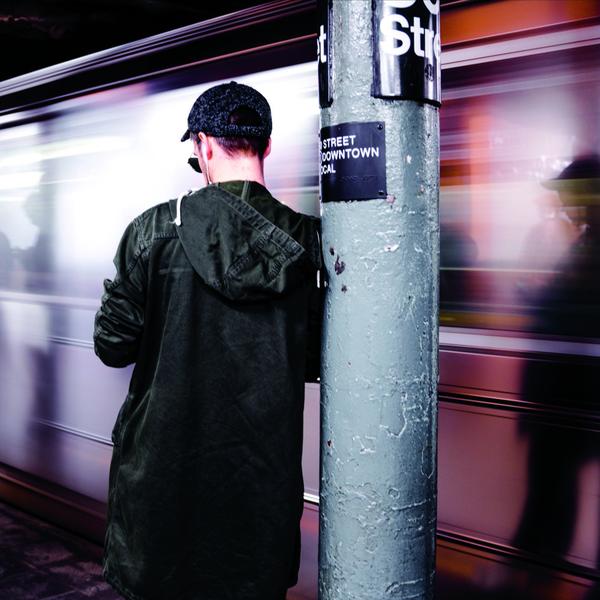 Listen.  I don’t want anyone to get me wrong here…it may seem like I listen to an extraordinary amount of music daily…nearly an impossible amount…but I assure you, there IS time and I DO listen.  Of anything that’s involved with a music-review…good lord…I really hope we can all agree this would be the most important element of writing one; you gotta listen to the music a ton to really let it sink in and shape your opinion, even if you love it straight away.  That being said, you all know I love to check out social media and pages on the internet while I’m listening…and sometimes an image can damn near speak louder than words or even music itself.  Essentially, what I’m getting at here, is that guitarist Joe Olnick had me on board the moment I saw the picture of him using a drill to play his instrument of choice.

C’mon people – that’s as badass as it gets.  You think a rookie goes up onstage with a drill, plugs in the cord and lets it rip?  Hell no!  Chances are they’d end up in a furious snapping of guitar strings and quickly losing an eye; no sir…to even attempt something like that, you’d have to have some serious skill.  And for some reason, I didn’t question what I was looking at…as the music began to play, I realized that there was no possibility of this picture just being a cool photo-op – Joe Olnick has really got the chops.

“Downtown” is the title-track from the upcoming album being released October 20th – and it’s a serious winner.  MEATY!  Like a great meal, this smorgasbord of sound seriously hits the spot through smooth precision and professional musicianship that’s not afraid to feel the funk!  I noticed Medeski, Martin & Wood listed in Olnick’s influences and that’s a very apt comparison when it comes to the sound, structure, movement, performance and production of “Downtown” – which of course, for anyone in the know about killer musicianship, you now have an idea of the high-caliber level we’re dealing with here.  You could call this jazz, funk, instrumental, groove-rock…a song like this has widespread appeal and an insightfully accessible sound that I firmly believe people all over the place out there will dig on – check it out for yourself below!

The skill is completely audible.  The guitar from Olnick is tremendously expressive and spot-on in his tone, playing with an insane amount of style & following the lead of his imagination straight into the fret-board, strings and the way he moves on’em.  Complemented by his surroundings with Jamie Aston just killin’ it on the bass and Jamie Smucker keeping the beat as crisp & tight as can be – you add in the award-winning production style of Reuben Cohen (Foo Fighters, Ryan Adams) and the recipe has got the exact ingredients the music needs for success.  And just like the science of using exact measurements – the results of these flawless performances all come out baked to perfection; everyone plays a vital role.  They’ve got some keyboard-organ sounds threaded into the atmosphere as well, which also plays an important part of the structure by filling in that extra space between them without being overbearing.

It really is as slick as it gets.  “Downtown” was an extreme pleasure to listen to, through & through.  Olnick is incredibly gifted as a guitarist and he gets to seriously shine through immaculate production and his own prize-worthy performance on this new single.  Excellent ideas and an innovative approach, Olnick’s got all the freedom he needs to solo, create, experiment and get right into the groove because the rhythm section he’s got backing him up is as good as it gets.  There’s little to no doubt that instrumental-anything is always a tougher sell to the people out there, despite just how many places it can truly fit into our lives – but it’s through accessible, smooth and inviting sounds like the Joe Olnick Band are creating that some break through that stigma and find the success they deserve.  I really can’t imagine a world where someone wouldn’t enjoy the sound of “Downtown” to be truthful…it’s a song that really celebrates and embraces musicianship while still delivering a tune that the people will really be able to wrap their heads around and enjoy entirely.  “Downtown” hits the mark on every level; whether you simply enjoy a great song and are looking for a solid rhythm & groove combo, or if you’re a seasoned musician yourself and looking for something with a tremendous display of skill and creativity – somehow, the Joe Olnick Band has created a cut that can genuinely appeal to all…and deliver the goods.

My ears completely approve of this – yours will too.

Tons of music from the Joe Olnick Ba available at his official homepage, check it out:  https://www.joeolnick.com