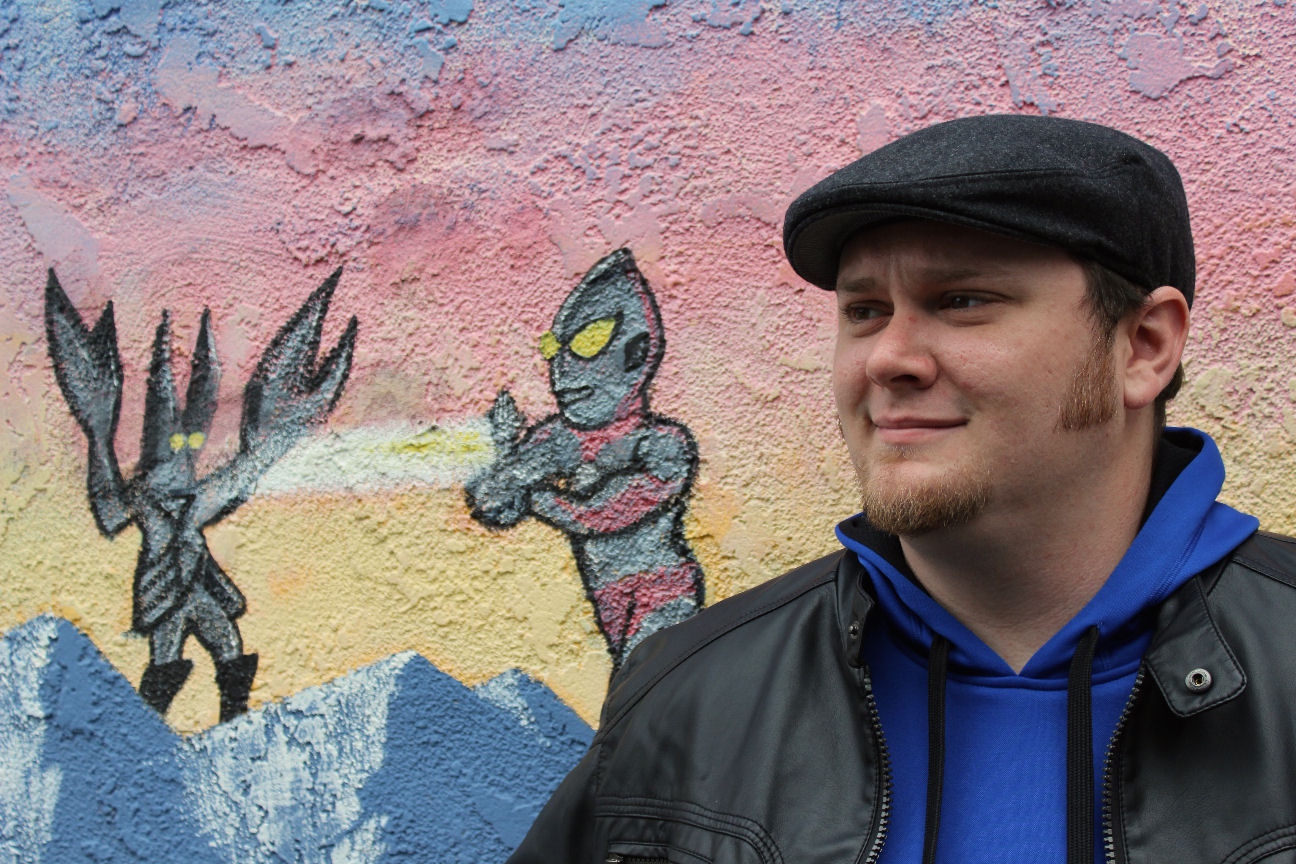 Here is some real untapped, raw talent.  Joe Lecrivain – let me be the first to say…you’re the reason I get out of bed each day…you’re what this show is all about for me.  Pick any of the inspiring phrases that the televised talent shows use over and over again in praise – and that’s pretty much how I feel about what I’m hearing from Joe Lecrivain…this is the kind of guy you can tell just from looking at that not even he even knows just how good he already is…or how bright his future is really about to be.

And if I’m being truthful – out of the four songs that are on the Sing Along EP – it was two of those four that really confirmed how I felt about Joe’s music.  Smartly laying this record out in a way that really builds its momentum – I didn’t feel like “Firefly” was going to set him apart enough for me.  I like the tune…and I think that Joe lets you in on a little bit of the magic that eventually breaks through…but just a hint on “Firefly.”  Love the rhythm, love the groove…love the way he starts out the verse just prior to two-minutes in – he’s really hitting it RIGHT at that spot and giving his voice real strength in its character.  I felt like “Firefly” was a really solid song…by any standards really, it’s a hit – but for some reason I wasn’t yet convinced that Joe wasn’t holding back on us somehow early on in this record.

“In My Skin” presented a different side of Joe’s sound and music…but it still wasn’t the clincher for me.  You get a lot more of the acoustic alt/rock sound from “In My Skin” – and at times Joe’s growl resembles a young Eddie Vedder in his prime rumble-mumble.  There is potentially a LOT of powerful moments for Joe to really breakout on in the grunged-up writing and sound of “In My Skin” – and you can hear him start to break out of his cage here…a bit.  There are a few questionable tones that show he’s still looking and searching for full-control over the true gifts that he has – but overall, he’s written a second really tight song and delivered another strong performance.

Because…I mean…hang on for just a moment, because I really don’t want you to get me wrong – I absolutely, 100% fully support everything I’ve heard from Joe so far on this record – just to clarify.  Something about the first two just felt like the tremors of something truly earth shattering to come – and I think the rumble and growl of the venom, passion and approach to “In My Skin” continues to build that feeling on the Sing Along EP.

And then it happens.

A song called “Simple Problems” shows just how strong this singer can really be, how innovative he can be in his writing and playing, songwriting – ALL that – this is fantastic!  The complex, bright & beautiful guitar melody puts out an incredibly warm & inviting atmosphere…the lyrics are thoughtful, questioning and carefully crafted to suit the melody…

…but wait…cause there’s more.  Much, much more.

From about two-minutes & fifteen seconds in and onwards…something absolutely stunning happens as Joe allows himself to really go after his moment with all the power and energy he’s got.  I’m not sure if my ears are crazy or not…but it sounds as if even the compression of the song backs-off just slightly around this point in the music to let that voice ring out clear & strong.  And it IS.  Joe!  Dude-man!  WHERE did this come from?  He looks like such a nice young man from the picture doesn’t he?  Don’t let the calm demeanor fool you for even a moment…there’s a beast inside this guy – he absolutely LIGHTS UP the end of “Simple Problems” in one of the most inspired performances I’ve heard this year, or any year for that matter.  JOE!  DUDE!  BROTHER!  It is INSPIRING to the freakin’ core of my very soul to hear you approach this part in the chorus with such commanding confidence and authority.  My advice is to grab onto that…and never let it go…because when you really let your voice rip, dude – you are a freakin’ force to be reckoned with.

Hearing a moment like that…it’s tough for any song to live up to those kind of standards when the bar has been set that extremely high.  Let me just tell you…NO ONE is ever going to see this guy coming – but they’ll certainly remember his name when he gets there…he’s the powerful voice in music that you’d never expect it to come from…you can tell from the picture and from the music that he’s truly the genuine real-deal.  Humble – I can guarantee it just from everything I’ve heard and the words in his songs…honest…real.

And not only does he give us that highlight performance on “Simple Problems” – he goes onto another one to end the record in vocal bursts of fireworks of emotion on the final/title-track “Sing Along.”  There’s something a little bit brighter about the mix of sound on this song as well…and the entire progression of this EP has really suggested that this guy is just getting better and better.  The writing of “Sing Along” is gorgeous from the words to the exquisite melody he’s written into the chorus…he plays it sincerely and the power in the emotion & his voice just continue to get stronger and stronger.  Beautiful strings fill the background in behind the rhythm of the guitar and stunning performance Joe puts into his vocals…”Sing Along” is a sparkling example of a real artistic vision come to full fruition.  Whereas a song like “Simple Problems” absolutely puts itself in-yer-face to hear it – “Sing Along” is like the opposite…played in a tender & sincere way that feels like it stops time around you, just so you can truly listen to every second without being interrupted.  NOTHING else is happening when I’m listening to “Sing Along” because I’m truly captivated by every ticking second of the writing and the build of the melody to Joe’s song and his performance.  And what an ending!

So…Joe…buddy…pal…you’ve easily just gone four-for-four here in terms of ideas – these songs are absolutely fantastic to listen to and I think that the world is going to find you to be every bit the genuine ‘real-deal’ of a songwriter that I’m claiming you are.  Continue to give every second of your heart, soul and passion to your music like you are – and believe me…you’re just going to get more and more incredible brother – you’ve got the ‘it’ factor that so many people out there truly wish they had.  So run with your talent…lose yourself into your music and become your art my friend; the Sing Along EP is an incredible start to what I am sure is going to be a long and healthy career & adventure.