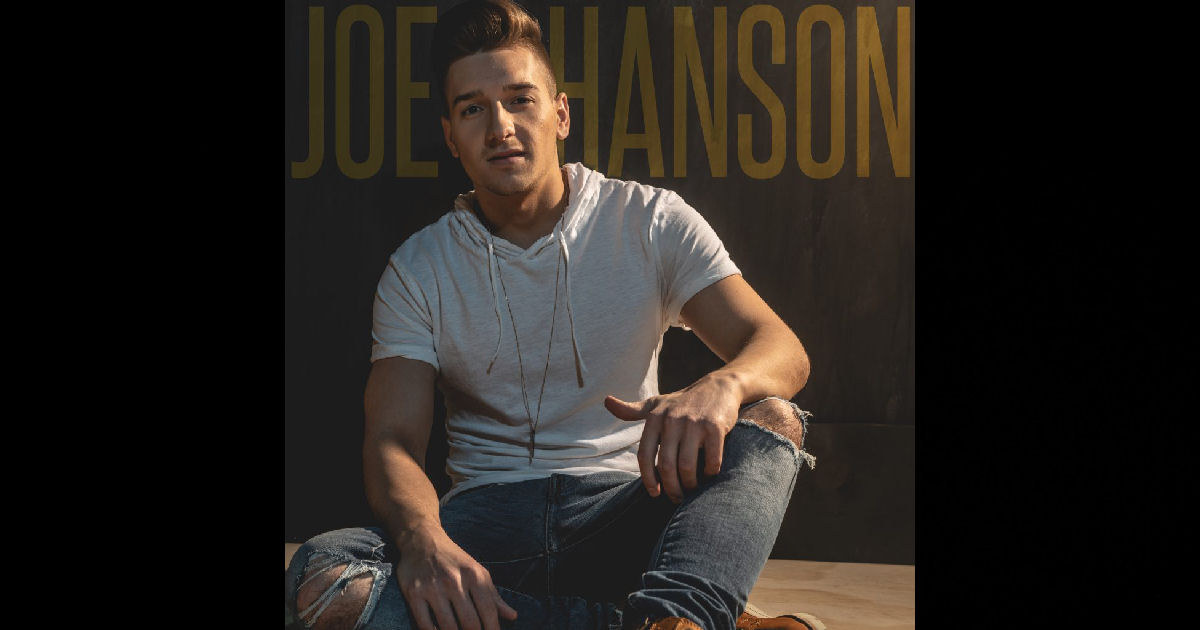 Joe Hanson – “If The World Was A Small Town” – Single Review

Sometimes you hear a tune that’ll just make you shake your head in disbelief.

Like as in, this amazing tune, came from that humble guy, and he’s only how old?

Joe Hanson better buckle himself up tight…because this ride he’s on with his music could potentially get seriously wild in a real short time…I’d be more than shocked if this guy wasn’t a household name within the next five years.  If he’s not somehow by then, please give me a shot at managing this guy…because the music he’s making practically sells itself…there’s so much crossover potentially it’s basically beyond what you’d think possible.  Joe’s rockin modern-Country…there’s no doubt about that – but for a guy like myself outside of the genre that needs that sweet-sweet burst of Pop-inclinations to bring me in, that’s the style that’s got the best chance of success in doing that.  When it comes to this single “If The World Was A Small Town,” I literally knew within seconds that what I was audibly hearing was special.

So…I’m gonna have to go out on a bit of a limb here & explain why I think this will work so well with the people out there.  Joe’s bridging a massive gap you see…one that’s basically been successfully navigated by female artists like Taylor Swift or old-dudes like Blake Shelton…but not by a fairly young dude with his full life ahead of him – or at least, not in as catchy a form or well put-together single like this is, that’s for sure.  So think of Joe as like…well…kinda like your space between what a Justin Bieber can do and that old man Shelton…and if you’re reading between those lines, you can verifiably draw to the conclusion that Hanson doesn’t just have the potential to be a well-known local act – he could blow-up worldwide.  And I get it, I get it…if he wants to hate on the Bieber comment, that’s fine; I’m practically forty and I WISH the kid ever gave me a reason to hate on him, but the facts are the facts, the guy can seriously sing and ends up with absolutely smashing hooks in just about every song you’ll ever find him on – all I’m saying is, that same potential…that electrifying Pop-presence and huge hooks…Joe’s got that in him.  “If The World Was A Small Town” roams through Rock, Pop, Country, Americana, Blue-Collar…it’s incredibly insightful & down to earth in the lyrics while also revealing what a massive star that Hanson is/could be.

Here’s the thing – I love everything about this.  I won’t lie, it always makes a guy like myself born Grunge feel a lil’ strange in diggin’ on anything-Country, but here we are – I would never deny just how much I am into this single from Hanson.  I’d go as far as to say it’s actually one of the easiest songs to like/love that I’ve heard in this past nearly seven years here at sleepingbagstudios.  Joe’s got a great voice – but perhaps most importantly, he’s really found a style that suits him perfectly – this kind of music is built for a personality like he’s got and the melodies he’s capable of.  Last time I remember being this excited about anything in the Country genres, it was Dylan Schneider’s “You Heard Wrong” – a single that I’ve actually ended up spinning on our Podcast on four separate episodes (and counting) to-date.  The point is – what Joe’s got here is a perfectly constructed mega-hit in the making and a true date with stardom.

Makes you think…”If The World Was A Small Town” – Hanson might just make it feel that way for real one day.  The bigger he gets, the smaller this world is gonna feel as the fans start to mob the stage at his shows and this career of his takes off across the nation & beyond…I’d say careful what you wish for if I didn’t think he was in this to win this, which he clearly is from the passion you’ll hear on his new single.  MASSIVELY impressed with “If The World Was A Small Town” – the execution is flawless from start to finish, Joe is the perfect star & voice to suit this tune, and the hooks aren’t going to leave anyone’s ears anytime soon after they listen to this song, even if it’s just the once.  But that’s the thing about songs like these…it’ll never get just one spin – I’ve already lost count how many times I’ve heard this single in the short time I’ve had it…truth is, there was never a point in keeping track of what I knew would get out of hand quickly, which it certainly did.  I’m completely addicted to Joe Hanson’s “If The World Was A Small Town” and absolutely proud of it…it might have the Nashville sound stamped all over it, and I might be a Grunge-guy still to this very day…but there’s no denying that this single is absolutely my jam – I love it!

Find out more about Joe Hanson from his official page at:  https://joehansonmusic.com

Tags: If The World Was A Small Town Joe Hanson Singles sleepingbagstudios