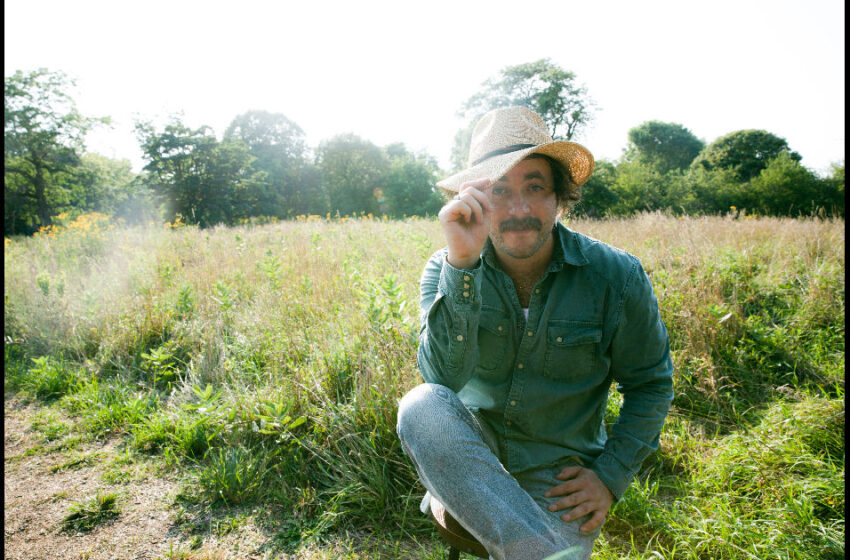 You know something?  This “Heaven” place that Jerry’s singin’ about sounds alright!

Honestly I felt like I enjoyed this a whole lot more than I might have thought I would on paper…I suppose you could say that, by definition, “Heaven” would normally be a bit more on the folksy-side of things than I tend to be found…but there’s also no doubt that Jerry Pines has a whole bunch of natural charm and sweetly appealing sound goin’ on here that it’s kinda tough to resist.  Not that I’m trying!  I don’t like…actively sit here and try to stop music from coming into my ears…I encourage it as I always do, no matter the style or sound; I’m generally interested in something about what most of you artists & bands are creating in some way, shape, or form, and you can certainly include Mr. Pines in that long list.  He’s just got one of those genuinely authentic connections to what music’s really all about and you can hear it…it’s a subtle confidence, but it’s there…the man knows his way around a song and “Heaven” would be all the proof anyone out there would need to know that’s the truth.  From its bending guitar notes, to the gentle acoustic rhythm, to the dusty poetic wisdom you’ll feel through the imagery of the words and the endearing melody that Jerry sings with…it’s a delicate tune, but man this one shines nice.

I’ve got notes here on my desk that read:  “’Heaven’ merges George Harrison’s spirituality and Jimmy Buffett’s hedonism in a distinctly millennial response to the golden age of folk-rock” – and to be real with ya, I can’t really see myself disputing that…that’s a pretty damn good description when it comes right down to it and I don’t feel like I could come up with a better one.  I will tell ya this – any time that Jerry Pines wants to light-up a Soul Asylum cover, he’d be more than capable – he’s like all the good parts of Dave Pirner…you get that hint of rasp and live-wire melody, but more control & tone with Jerry.  In any event, that’s keeping good company as far as I’m concerned…there was always something really natural and earthy about Pirner’s vibe and I feel like you get a lot of those same magnificent, textured qualities in Jerry’s vocals too.  Comparisons always are what they are…you’re gonna hear one thing, I’m gonna hear another…hopefully we meet in the middle of it all somewhere for a drink or two and find some common ground on what we’re all hearing in Jerry…down in MARGARITAVILLE, respectively, of course.

Here’s how the man won me over though…it’s all about focus, execution, and stellar songwriting.  I’ve always said, no matter the genre, no matter the style, a great tune is a great tune – and there’s no question about the fact that Pines has a single that’s bound to appeal to a ton of people out there.  On the surface level alone just from a melodic aspect, Jerry’s already winning the war and pretty much guaranteed to secure a favorable verdict in the court of public opinion – but I also think that those out there that like to dig further into the tunes they listen to will find a whole lot of insightful lyricism here amidst the warm downhome wisdom.  It’s played flawlessly, it’s written tightly…”Heaven” is a track that has real vision to it, and Jerry reveals a true cleverness in his songwriting that is bound to get its own fair share of your attention.  Hooks are on-point and as memorable as they are mellow – “Heaven” isn’t the kind of cut that’s gonna melt your speakers with hot, hot heat, so much as it’ll warm your heart really nice & toasty-like…and you know you’ve got time for that.  Complete with the sparkle of the piano and sliding guitars, “Heaven” is an authentic slice of Americana-Folk done right…it’s an easygoing, detailed, straight-forward tune that has a loving storyline & sentiment that’s sure to move a bunch of hearts & minds out there listening.  You’ll find no such complaints from yours truly about what I’m hearing on “Heaven” – Jerry’s got a real natural vibe about him that seems to hide all the effort he’d be putting into making a track like this in a remarkable & beautiful way that’s all his own – people will really dig this guy.

“Heaven” gets officially released this March 15th – which is awfully sweet of Jerry when you think about it, right?  I mean…he didn’t HAVE to put his brand-new single out on the fourteenth anniversary of the day I married my wife and found “Heaven” for myself right here on earth, but it’s mighty appreciated.

Find out more about Jerry Pines at his official page at Facebook:  https://www.facebook.com/JerryPinesMusic