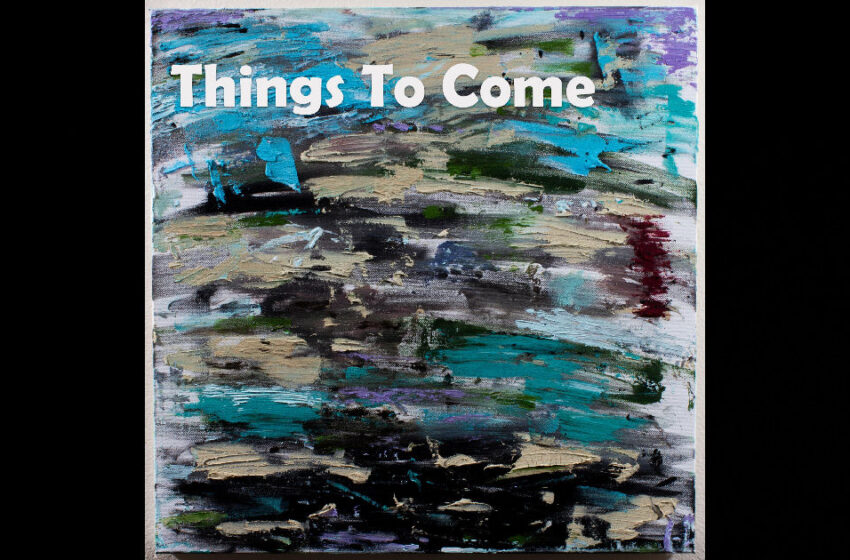 Jeremy Parsons – “Something Other Than You Are” – Single Review

I tell ya folks…if you want a surefire way to get me interested in nine of your songs, send me the tenth one!  In this day & age of ‘singles’ being a much more malleable word in music than it has been through its history, there’s no contesting the fact that many tunes can qualify for that ‘single’ selection for a whole variety of reasons…that’s just what it’s become; its definition is more versatile than many of us tend to realize.  And rightly so…there are a ton of things about music that pull us in – it doesn’t have to be as simple as a shiny hook…maybe it’s just an undeniably interesting song you’re listening to, or a tiny fragment of the music has a magical shift in the melody that makes it irresistible, or maybe you enjoy a story being told through the lyricism – the list of what appeals to us, and what makes a ‘single’ a ‘single’ could honestly go on & on.  That being said, I’d bet dollars to donuts that the vast majority of songs that get floated around out there don’t usually come from track ten on the albums out there in this music scene we share…we’re almost all conditioned to expect the ‘single’ to pop up somewhere between tracks 2-4.  It’s a fairly logical thing really when you think about it – track one gives ya that first intro or impression, tracks 2-4 give ya the singles, 5-7 the shift of direction in the sound, 8-9 is where the dead weight is usually hidden, and 10-12 to rebuild & finish off strong…that’s your typical layout more or less.  I’ve heard so many albums that stick to this kind of design that I’m simply conditioned to think about music in this way and have to actively rebel against these inclinations most of the time – but I ain’t gonna lie to ya – when I see a single come my way that’s track ten on an album, I instantly wonder what in the all-heck happened to the nine songs beforehand, and why on earth didn’t an earlier one qualify?  By the end of this review, we’ll get to all that and I’ll fill ya in on the real story here…I’m merely relayin’ my first impressions in how I react to the new tunes that come my way.  For now – have yourself a listen below!

Several truths were instantly revealed in pushing play on Jeremy Parsons’ cut “Something Other Than You Are” from his album Things To Come.  Being my own first experience with the man’s music, honestly I couldn’t tell ya for a certainty that “Something Other Than You Are” was the number ONE choice as a single to put out there as the gateway in for us listeners out here – all I can tell ya is that it is indeed, an absolutely stellar choice.  The next truth I discovered, was through satisfying my own curiosity.  In hearing just how good this song really was, the very first thought I had in knowing that it was track TEN on Jeremy’s album, was that there was no possible way the other nine songs could have missed the target to make this final cut the natural choice by default – you can hear that Parsons has a genuine gift when it comes to melody and standout songwriting…and so yes, of course, I went through the entire lineup of Things To Come to see what the story REALLY is here.  I’m proud to report the whole record is on seriously solid ground; if you like what you hear on “Something Other Than You Are,” I’d say you’re essentially guaranteed to like or love the rest of what you’ll discover in the other nine songs.  Songs like “Tragedy” reveal an edgier side of Jeremy’s sound that would make it a good crossover single to put out – and cuts like “Looking Back” & its immaculate melody will have no problem whatsoever moving your heart & mind…I’m a huge fan of what I hear in “Something Other Than You Are,” don’t get me wrong – I’m just sayin’ there IS gold in them there hills folks…you won’t be wasting a moment of your time in listening to Jeremy’s new album from start to finish.  And I suppose the final truth here, would also be that every writer needs a narrative of some kind to work within – while it IS uncommon to find a ‘single’ coming from the latter-half of a record out there, chances are that when you do, it’s gonna be the last track.  It’s my roundabout way of saying everyone needs something to read, even if the story is much more straight-ahead than we might clue into – “Something Other Than You Are” makes total sense as a single, regardless of where it would have sat in this lineup of songs – it’s simply a quality tune, full-stop.

That was the main truth of all truths – this dude is a fantastic songwriter – and no joke, he genuinely had me at hello.  LOOK at this opening line will ya?  “Do you ever long to be something other than you are…a blade of grass, a skipping stone, or a bright & shining star?”  That’s freakin’ gorgeous is what that is y’all.  Combined with the shimmering mix and simple ingredients involved here, everything about “Something Other Than You Are” is a brilliant example of getting maximum value out of every moment.  I’m tellin’ ya this man doesn’t need anything other than the voice he’s got, an acoustic guitar, and his own natural instincts when it comes to songwriting and Jeremy is essentially good to go – anything else we get, just happens to be a bonus.  When it comes to “Something Other Than You Are,” you’ll find the bass & drums are subtle complements to the rest, which I think was the right move here – the remarkably clean sound of this song is guaranteed to bring the sparkle & shine to your speakers that you wanna hear.  It’s a focused tune; well-written, well-sung, well-played…and that’s something not only true of this single we’ve got here in “Something Other Than You Are,” but entirely true of Jeremy’s new record as a whole.

It’s mellow and it’s delicate, almost like an update on the James Taylor sound to a degree…there’s an authentic warmth in this song that absolutely hits a complete homerun – and I’d probably be willing to argue tooth & nail that the reason that it connects as much as it does, is found right there in the mix of endearing sincerity in the melody of Jeremy’s vocals.  He’s got the right music surrounding him, don’t get it twisted, don’t get me wrong – but the way this dude sings…the poetic way he writes…his gentle & insightful wisdom…the emotion and melodic technique his vocals possess…Parsons is capable or real magic in the music he makes y’all – and “Something Other Than You Are” is a stellar example of that fact in action.  It’s a beautifully written tune with a ton of heart, memorable hooks in the melody, and a perspective you’re bound to relate to…a reminder to appreciate the small things that make life great, and that even though we might long to be something else, Jeremy is also celebrating what really makes us all uniquely special in the process.  Pointing that out no better than the pivotal line towards the end revealed, when he sings “what if everything was perfect just the way it is?” – he puts out a spellbinding moment in this single that freezes you in place for a moment, and makes you consider each and every word you’ve heard along the way that led to that crucial lyric in “Something Other Than You Are.”  It’s about perspective…it’s about the way we look at life itself, and what we choose to value, what we choose to appreciate, what we choose to see…and what means something to us; I thought it made for a brilliant & thought-provoking conclusion to an unassuming tune that has so much more depth than you might assume at first.  Underneath the quaint & welcoming demeanor & sound…Jeremy’s got a lot to say, and knows exactly the right way to say it through his music – he’s got himself a verifiable single with “Something Other Than You Are,” and audible proof that his new album is solid right through to the end.

To further the point…and provide ya with one last truth – “Something Other Than You Are” is actually the FIFTH single from Jeremy Parsons’ new record – that’s HALF the album so far and an incredibly impressive average to say the least!  Accurate too as far as I can tell – he might even have FIVE more to go based on all I’ve heard in that stellar lineup of ten tunes.  Find out more about Jeremy Parsons and his new album Things To Come by visiting his official website at:  https://jeremyparsonsmusic.com

Tags: Jeremy Parsons Singles sleepingbagstudios Something Other Than You Are