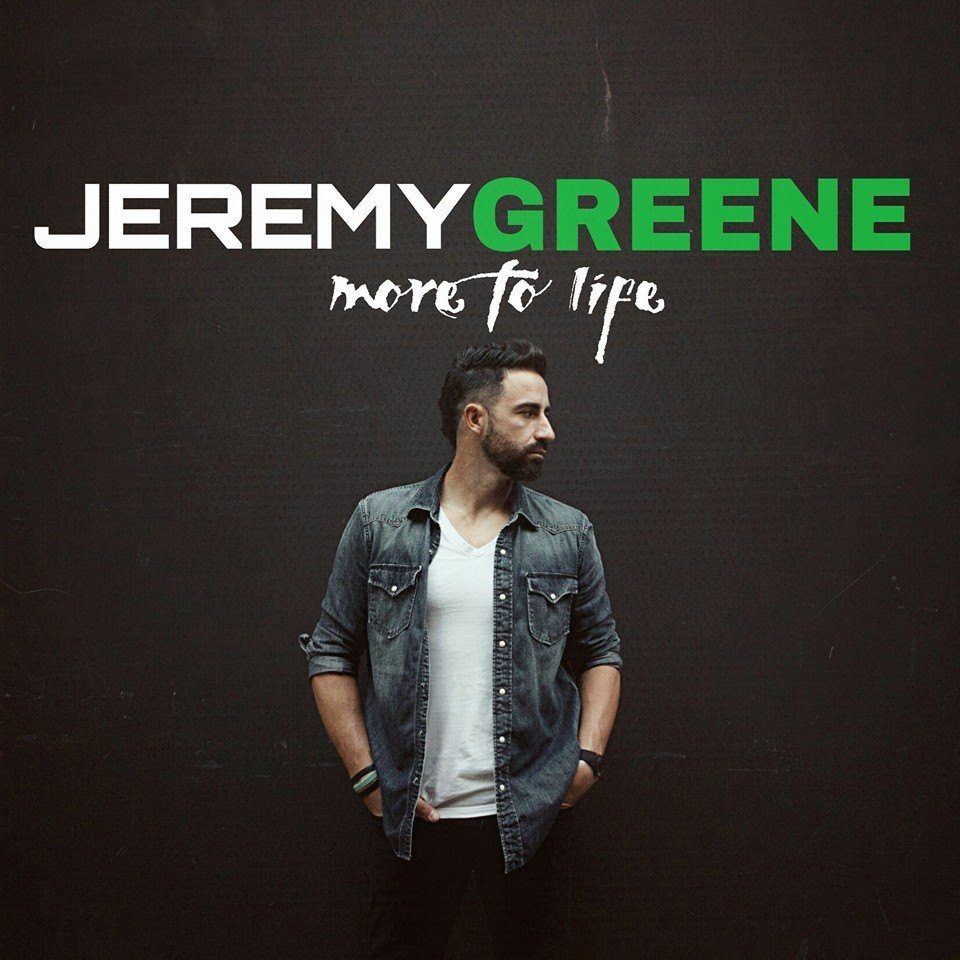 Something wicked this way comes…

I kid, I kid…I just wanted to put a little shock into the Christian/religious following that has amassed around the music of electrifying solo-artist Jeremy Greene for a second or two. In case any clarification is needed – any references to something ‘wicked’ here within this review are simply a nod to the awesome, massive-sounds on the More To Life EP and intended as complimentary. I’m also fairly sure I’ll be able to find plenty of other colourful adjectives to describe what Jer is up to on this new record.

I appreciate EP’s like this where the message is one that is largely shared & universal between us all. Reading about Greene of course will reveal his devout faith and devotion, but he’s written his songs in a way that includes even the heathens like myself and rowdy-fans of truly-extreme Rock. I suppose what I’m saying is that he’s written his words carefully and cleverly…if you’re a fan of the music, you’ll get into the words and the mindset of the man that’s rocking them…we know what they mean to him, or can surmise based on what we know. For ourselves, he’s written these songs sharply so that they can be applied to our own thoughts, moods and feelings in a way that I totally found personally relatable. It’s well-known my own soul is out there floating away in space & limbo somewhere…so for myself it was actually really cool to find such an easy way into Jeremy Greene’s music & lyrics. I’ve known a few Christian rock-artists in the past who have taken flack for not directly spelling out their message clearly in their music – and I think that’s wrong on all accounts. He’s not masking his faith…he’s made it plenty clear on his social-media and websites…but the songs themselves, he’s written in a way that allows EVERYONE to have their own interpretation, which doesn’t take away from what these words mean to him whatsoever in the slightest.

And I’d be willing to bet that anyone out there thinking music based in religious-subtext can’t truly ROCK would listen to the opening tune “Like There’s No Tomorrow” and come out with a massively different opinion. The opening guitar-line is completely awesome and the drums pound perfectly in this song…the bass is added in subtly through the mix of this distorted-guitar glory-fest. Again…to reiterate the point – Greene has made this entirely relatable – the words are GRITTY, REAL and RAW…and hopefully, it’s all as thought-provoking as it’s intended to be. There’s a little bit of the ‘standard modern-rock’ tune aspect to the writing in that I’m not quite sure this first tune yet sets Greene apart from many of the rock-bands out there, but certainly highlights the extreme power and confidence he has in his performance. The man believes in these words he’s singing and you can tell – he’s putting an incredible amount of raw-power into the microphone…just around or before the two-thirty mark Jer lets the vocals soar straight up into the beyond with deafening precision, emotion and strength.

“Save Me From Myself” is another excellent example of Greene’s ability to write a solid-hook that would snare anyone on this second tune. Much like the opener to the More To Life EP, its laden with verse, chorus, bridges, instrumental-sections and breakdowns that are all written to a flawless perfection and delivered in the same-vein.   Really dig the guitars once again and how the main-line seems to have this bouncy-feel to it that just sounds straight-up fun to play, in other spots I love the picked-out melodies and chops of the strings before it launches into the expansive-sounds of “Save Me From Myself.” Greene roams through a few sounds on this one…he almost sounds like Ed Kowalcyzk of Live at times in this song with a slight drawl & a slight growl lying just beneath the surface of his singing. Great tune that reflects that internal struggle we all experience…that universal push/pull of what can tie us to the world and how it can similarly potentially destroy us; or at least that’s what I was getting out of it! Solid rock once again…these first tunes come out BIG, strong and ready to launch themselves straight to your face and into your earholes.

“King Of My Heart” takes the energy away from the rock for a more up-close & personal moment; piano-led and melancholy-melody lead the way through the dark and into the light as this track begins. Slight synth-sounds and a solid drumbeat come kicking through as the song ramps-up in energy to explode in the chorus. Greene, flawless as ever, sounds somehow more fantastic on this tune as it rises & falls through the energy in the music and he matches it perfectly with powerful emotion & tone. There’s a slight twinge to this tune that’s noticeable…not quite Country, not quite Americana…but a quaint, comforting tone to his voice that exists in “King Of My Heart” a lot more in this tune than others due to its softer-nature, exposing the control on tone that Greene has in a fantastic light.

Again…ROCK-fans…check out what Greene is doing on “Tonight” and tell me you don’t love it! YOU DO SO! This final tune brings this EP home in a major way; bringing the energy back up in the heartbeat of Rock that has pulsed throughout the recording – the hooks are massively catchy and his control on his vocals cracks the bat, every time. Greene approaches the microphone with professionalism and really puts his best out there each time out. There’s an excellent use of effects on his voice in this one…and just before two minutes in this guy finds a whole other gear we had yet to know about, taking the extreme-side of his vocals for a rip through the mic. Back through its gigantic-chorus once again and out through an excellent sound of…something (!) at its very end – Greene has been rock-solid the entire way through the More To Life EP.

From its sparkling, smart-production to its captivating performances – Jeremy Greene certainly had to have called upon a higher-power to have it all come out sounding as perfect as it does on More To Life. An EP that represents himself strongly, completely ROCKS and is open to interpretation for all – I think all-hands on deck that were a part of this EP deserve a solid high-five for their efforts…this dude’s got a lot of potential and this EP has done a tremendous job of highlighting what he’s truly capable of.

Find out more about Jeremy Greene at his Facebook page: https://www.facebook.com/JeremyGreeneArtist