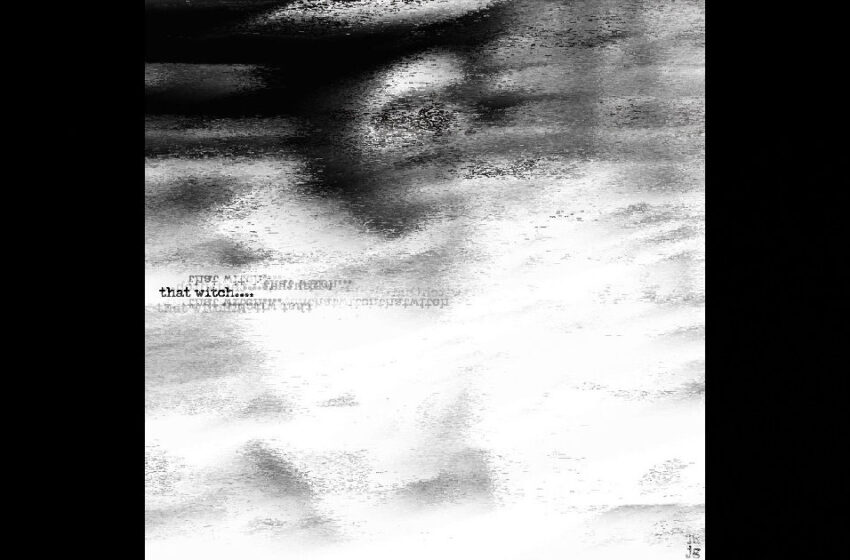 Well you gotta love that.  There’s a full recommendation to listen to this record from start to finish, yet here I am with a tiny fragment of the upcoming album May You Find The Light Before The Devil Knows He’s Right record being released this month on the 28th.  C’est La Vie homies…I don’t write the rules on how to go about promoting your tunes, I just listen to’em and then write things down here for ya; and you know far too well I’m a greedy man when it comes to music – I want it ALL.  That being said, I’m also a reasonable dude…that same sly code of ethics also implies I’ll take what I can get from ya, every time.  If it’s one song, so be it!  The way I really look at it is that I’ve got an advance piece of this record no one else out there is able to hear at the moment…which is always extremely rad to have come my way too.

Just because I’ve got one song now doesn’t mean I can’t get more…and I’m thinkin’ that might just be a great idea in the future to come when May You Find The Light Before The Devil Knows He’s Right gets its official release this year.  Fun fact – that date of May 28th will be in plenty of time for the upcoming Bandcamp Friday to support bands & artists like Jeff on June 4th – and if you’re doing the math like I am currently…I think you’ll find the value is more than worth it to check out the whole catalog of music that Goldsmith is creating.  No joke…if things were to stay the way they are right now, you’d be able to pick up his new record for a cool $7, and then fill your boots with the rest for a grand total of $8 altogether – that’s three albums in all y’all!  Three records, twenty-four songs, eight bucks total – this is a no brainer dear readers, dear listeners, dear friends – don’t even try to convince me that isn’t worth every penny after you listen to a track like “That Witch…” – he’s got his tunes at a righteously premium discount right now as far as my ears are concerned, and ya better get’em whilst you can.  Tell him Jer @ SBS sent ya.

Understand y’ain’t ready for it though…that’s all I ask.  When Jeff Goldsmith goes on to blow your mind open, I don’t want any of the fallout, I don’t wanna hear any bitching about it, because I told you so, right here in-print.  But also know that, if you can’t hang with this single…I don’t know if we can be friends anymore…I need tracks like “That Witch…” with the all-out intensity, passion, and straight-up brilliant ideas they possess booming out of the speakers around me at every opportunity.  Just be advised, you’d be hearing this a lot at my place…in fact, I’m sure my neighbors could quickly verify how much I’ve been testing out the limitations of my speakers and their patience by cranking this cut UP to the freakin’ rafters over & over in the short time I’ve had it already.  How could I not?  Trust me, when you hear “That Witch…” for yourselves…assuming you’re awesome & all, you’re gonna feel completely like I do about this savage single and definitely become immediately interested in what else Jeff Goldsmith might have goin’ on.  Ain’t that exactly how a great single is supposed to work?  This is an exciting gateway in without a doubt.

Take the first twenty seconds or so, and make sure you catch your breath before this song kicks-in to gear and knocks the wind straight outta ya…because that’s the level of force we’re talkin’ about here, and the wild degree of dynamics that present themselves in that first transition.  The second one to come, nearly a full minute later down the road is equally effective in the opposite direction – around the 1:25 mark, with a gentle “oooo” ringing out from the microphone, you glide into an immaculately gorgeous piano-driven verse.  Think like…going from something like This Will Destroy You! or Nine Inch Nails at their most intense, into something that glides along with the clever & cool delicate style of something like Coldplay – especially once the bass comes into play around the 2:40 mark, expertly supplied by guest-star Kyle Trenholm, who also has a hand in sequencing this record according the ol’ credits.  He proves immediately to be an essential ingredient to subdued middle of this single, bringing a seriously cool groove to go alongside the piano & the murk of Goldsmith’s lyricism.  For the vast majority of what you’ll hear on Jeff’s new record, it’s all him from the start to the finish, from the concept on up to the production – “That Witch…” is a rarity in the sense that it features another dude on the track, but this kind of collaboration certainly speaks volumes on behalf of opening the door to more possibilities in the future to follow when you hear results like this.  The easiest way to put it or describe this experience would be to say that the hard stuff hits harder than hard, the mellow stuff is more than chill, and the fusion between these two main elements might very well kick your ass right in beyond repair.  If anything, that was the only thing I questioned here…was the loud TOO loud for folks to handle in comparison to the blissful serenity surrounding it?  I had to remind myself how very precious little I care about that kinda stuff when I find something I like as much as this…maybe people can hang with it, maybe they can’t…I don’t know that this matters to me all that much when I know that I WILL, relentlessly, over and over and over.  The musicianship stands out, the vocals of Goldsmith all hit the mark solidly as well, and the writing & ideas & execution are all straight outta this world awesome.  Hearing this song tick past that four-minute mark & give you mere seconds of warning before you realize quickly that you’re about to be right in the thick of a storm of sound that could swallow you whole or suck the soul right outta your body…I mean…it’s a freakin’ sonic revelation when it comes right down to it.  Add in that final cherry on top with the wicked guitar solo that occurs around the 5:30 mark, and Goldsmith more than seals the deal – dude’s pretty much resetting the standards for the rest to follow with what he’s accomplished on “That Witch…” along with Kyle…this single raises the stakes for 2021 in every way.

Find out more about Jeff Goldsmith from the official website at:  https://www.jeffgoldsmithmusic.com