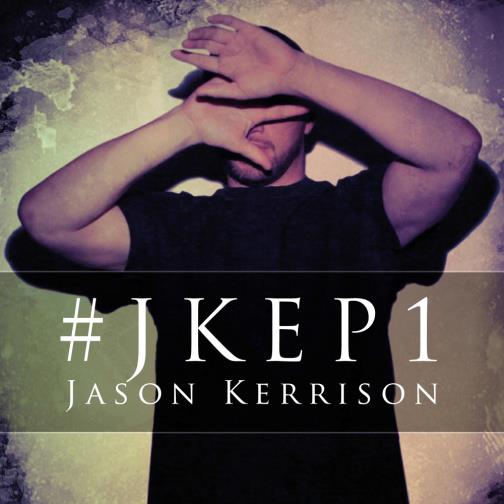 The World’s Oldest Dance Group: The Hip Op-eration Crew has joined forces with kiwi musician Jason Kerrison to make a music video to Kerrison’s song “I don’t care what they think.”

The video had its international release today and is already receiving orders on iTunes (despite the fact the song doesn’t officially go on sale until Wednesday 18th March).

Hip Op-eration Crew member Maynie Thompson (aka Quick Silver), who celebrated her 96th birthday last week, says recording the music video for Jason was one of the best days she’s ever had since joining the dance group two and a half years ago.

“The song has this amazing energy that just makes you feel alive and want to dance until you drop. The lyrics have a lot of significance for my homies and me because we’ve had to face a lot of stigma as hip hop dancers. People seem to think people my age should be at home with a blanket on our lap’s sipping tea, when in fact we should all be doing just what we do in the Hip Op-eration Crew – dancing in the street and connecting with young people,” says Thompson.

The Hip Op-eration Crew consists of 22 members aged 68 to 96 years old. Four members use mobility aids, seven members are deaf, five members have dementia, one member is blind and 13 members are in their 80’s and 90’s.  The average age is 80 years old and there are five men and 17 women in the crew.

“I am absolutely thrilled with the music video as it captures the spirit, liveliness and comradery of my crew. They’re an incredible group of senior citizens who are living a life all people should at their age; having fun and not caring what anyone thinks,” says Billie Jordan, Manager and Founder of The Hip Op-eration Crew.

The 22 member Hip Op-eration Crew recorded the music video last month in a studio in Ponsonby, Auckland and have made a home movie about their day, which is on their website: www.hipop-eration.com

The Waiheke Island based hip hop mega crew is the subject of the feature documentary film Hip Hoperation, which played in cinemas in NZ last year and is now receiving awards in film festivals all over the world. The film follows the group’s journey and transformation from low-key grandmothers and grandfathers to celebrated hip-hop dancers at the World Hip Hop Championships in Las Vegas.

Since Las Vegas, the group has performed to over 16,000 people in Taiwan and is now setting their sights on New York.

“At the top of our Bucket List is a visit to the Bronx. We want to perform surprise hip-hop performances at the high schools in the Bronx, where hip-hop originated from, to show the students the positive and powerful influence their urban ancestors have had on the most unlikely group of people on an island off the East Coast of New Zealand. We are hoping the students will see that, if you put your mind to something
positive that brings people together, no matter where you live, you can change the world,” says Jordan.

Making this music video is part of the crew’s fund-raising efforts to get to the Bronx, as every time someone plays the video on YouTube or purchases the track on iTunes, it helps generate a donation to the Hip Op-eration Crew.  The Hip Op-eration Crew consists of 22 members aged 68 to 96 years old. Four members use mobility aids, seven members are deaf, five members have dementia, one member is blind and 13 members are in their 80’s and 90’s.  The average age is 80 years old and there are five men and 17 women in the crew.

A member of contemporary New Zealand music royalty, Jason Kerrison is back with his first solo release, #JKEP1, available from iTunes on March 18.

Available for pre-­order now, the five-­track EP is an offering of eclectic stomp pop with acoustic framing and digital renderings, produced in a manner that will tickle the soul, speak to the heart, and shake the hips simultaneously.  With the song You Want Me As Me already receiving massive radio play in NZ and a video for I Don’t Care What They Think featuring The Hip Op-­eration Crew released to YouTube today, this is one EP that is sure to shake up the New Zealand music landscape again and may help make JK’s mark on the global scene.

Best known as the front-­man of OPSHOP, Jason has enjoyed commercial and critical success at the top of the NZ music scene, picking up 9 NZ Music Awards, the prestigious APRA Silver Scroll Award for Song
of the Year and having albums You Are Here, Second Hand Planet and Until the End of Time each reaching Triple Platinum status in New Zealand. The years since OPSHOP have also been successful for Jason,
forming eclectic hip-­hop group The Babysitters Circus, which became the first New Zealand act to sit within the top 5 most played songs on Dutch and Italian radio, and featuring as a judge on New Zealand’s Got Talent in 2012 and 2013.  Jason was also made a Member of the New Zealand Order of Merit (M.N.Z.M.) for services to Music in the 2011 Queen’s Birthday Honours List.

2015 is shaping up to be another busy year for Jason, appearing as a guest judge on the current series of X-Factor New Zealand, performing at Music Matters Singapore in May, and reaching the finals of The International Singing Competition, all in addition to releasing #JKEP1.  With instantly recognizable vocals combined with a eclectic soulful groovy sound, #JKEP1 is a collection of tracks that are simply good fun to
groove and jam to, and certainly not to be missed.

You can also catch extra thoughts from Jer @ SBS on Jason Kerrison’s music on Episode 022 of SBS Live This Week – out now!  Click here!