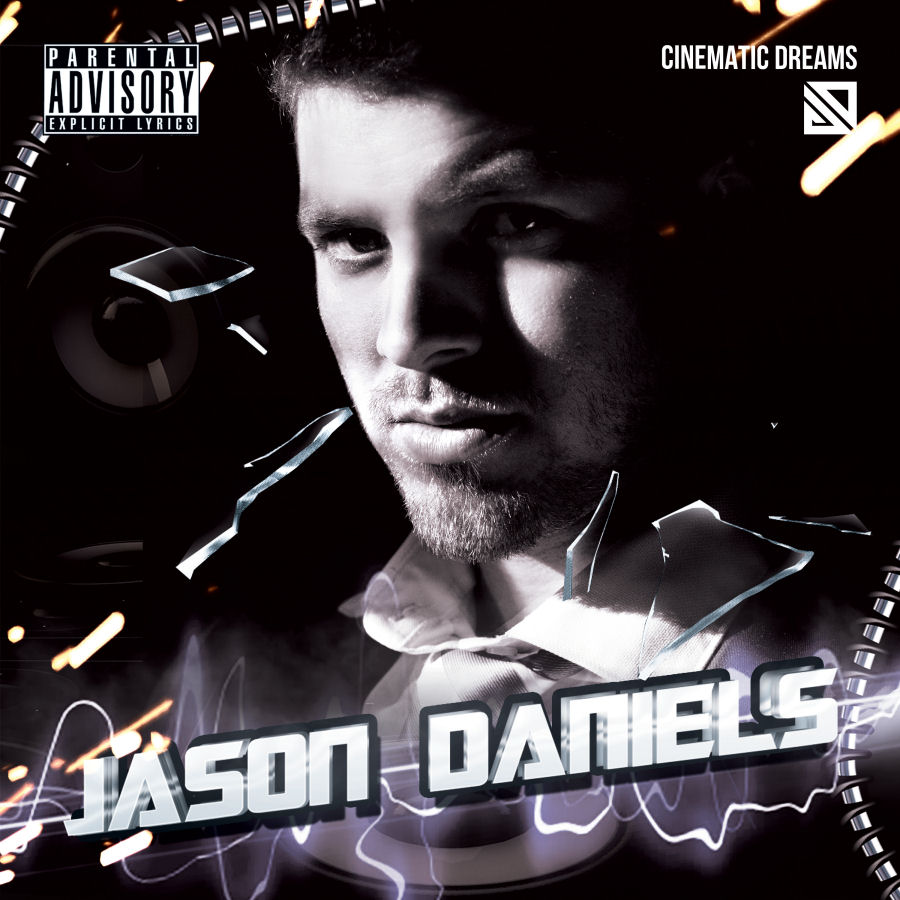 Well…either the blues are defined by the aspect of a song containing a slide-guitar part…or I’ve got some strangely-labelled MP3’s here that definitely led me to believe I’d be listening to something that sounds a lot different than what I started hearing on Cinematic Dreams by Jason Daniels. How this isn’t ‘rock’ I don’t know…but I will say it’s hella-innovative, inventive and creative within the rock-music genre. If anything, the opening tune “Fire It Up” borderlines on electro, industrial, maybe metal even…so how the heck did these ID3 tags on the songs end up with labelling Daniels a blues-man…I got no clue! Even influences I can hear on his sound like Oasis, Chemical Brothers and Kid Rock don’t put the music anywhere close to something-blues…so I’m calling it like I hear it…I’m calling industrial rock. Whatever you want to call it, “Fire It Up” is a winner straight out of the gate and starts these Cinematic Dreams off at top speed.

As far as the second track, “BANG!” is concerned though…it would seem as if Jason is attempting to build a mountain out of a molehill. While there are moments for sure…there’s no doubt about it after listening several times about the complicated issues this track runs into. “BANG!” starts magnificently and menacingly…almost Faith No More in its stomping, aggressive-style that brightens-up at regular intervals…but as it clicks by the one-minute mark, this track descends into a chaotic off-time hell of which it never fully recovers from. Drumbeats thrash around wildly like a prizefighter swinging his last punches at the bar instead of in the boxing ring. Jason manages to line this all up well enough for each individual part to switch at the proper time…but within some of these efforts is a somewhat muddled & mixed sound that would stunningly define whatever the opposite of accessible is… Whereas he’s opened up the EP with an easy-to-like style & sound in “Fire It Up” – Daniels leads you straight off the path and cliff-diving headfirst into the black-void of “BANG!”

Seriously…what planet is this guy from? Jason’s working on a level greater than my own I think…I can get my head around most music that comes my way…but HOW do you come up with such an incredible idea and combination as he’s found in “Are You Listening” is well-beyond my own creativity and imagination. This captivating and enveloping sound switches and changes from moment-to-moment and drifts between wild, theatrical elements and more melodic, straight-forward ideas; the resulting combo is nothing short of stunning…and just after two-minutes I think we get an incredible insight into what a capable artist and vocalist Daniels can truly be. His soaring, triumphant vocals head straight-up for about thirty-seconds solid before the menacing vibe and versatile-rhythm of the verse busts back in. Awesome ideas…incredible execution.

I felt like “Supernova” borrowed almost all of its ideas from “BANG!” but smoothed them all out and made the idea accessible. Combined with a rapped-out verse that sounds distant in the mix, laid-back & chill in contrast to the wild-electro sounds of “Supernova” – this track flows and pulses along at a rapid but fully-addictive pace. Additional bass-lines pop-up about halfway through and accent the rhythm in completely rad ways just below the surface – this cut stays wickedly-intense all throughout its duration; its stocked-full of gripping sounds and after taking hold, never lets you go for a second.

Proving there’s no possible way to predict which way he’ll turn next with his music, Jason D starts out “iPro” with a piano-led intro that lasts the better-part of a minute before the beat comes flying out of nowhere like a wrestler jumping off the top-ropes; the initial jolt & shock of this beat coming in after the quaint piano intro is the audio-equivalent of an elbow-smash direct to your grill. For the most part, even though the ideas are unrelated, after adjusting to it…you can get right into this ever-changing musical landscape. Wordage-wise…not my favourite from Jason…a few rhymes that feel massively-forced within the song’s second-minute with words being dragged along until they hit the meter correctly… I mean…I’d be less specific about it all if the guy didn’t jump around so much from moment to moment…but that’s the case. Take the fourth-minute on of “iPro” which is nearly nothing like where it came from as Jason launches into a Scott Weiland-ish growl before heading back to the old-school beat & rhyme for the final minute. It all works…but again, Daniels is not making it easy for you to love him, nor to follow him into his complexities…it’s tough music to get the mind around, no question.

Anyhow…a quick-peek into his social-media and official website will show you the real deal. No mention of the blues here – he’s defined himself as electronic/rock/pop which is a lot more accurate for sure – and you’ll even come across the ever-moving background/video for the next tune on the EP, “Come Be Mine.” Starting with sparkles, horns and breaking into piano…I wonder if I am supposed to ‘go with’ this one once more…should I have any reason to believe that the somewhat mellow vibe this song is rocking is going to be where it stays when no song on the album has been like that so far? Remarkably…Jason does manage to sit somewhat still throughout the majority of this song before bringing the ending up to epic-proportions. Tone-wise, his vocals ride the edge of being somewhat close to Chester Bennington…but drifts awfully, awfully close to that the gruff-nature of singers like Joe Elliot & Bryan Adams…so…truthfully…it’s a careful line to guide himself along to but he walks it well without falling too far to either side and remain his own style/sound.

These Cinematic Dreams have certainly proven to be a unique experience. Jason Daniels is making music that is anything but straight-ahead…point A-to-B does not exist in this man’s world. Proving that point right up until the end on the final-cut “Being With You,” the danceable-rhythms are spiked with glitches and quick-edits that snap the beat around innovatively. Bringing back the groove quickly each time…I’d have to say he’s chosen to end off the EP with one of his most accessible sounds and songs. Even as it begins to flip-out in its third-minute and forward to make sure we haven’t forgotten the mischief & mayhem that dominates Daniels music & mind – the tones are still bright, playful, beautiful and enjoyable to listen to right til the end.

No doubt this guy pushes hard to be creative…I’ve got lots of love for that. For the most part, I’d say the ideas on Cinematic Dreams work really well…it’s not going to be music for everyone, but I’m not telling Jason anything he doesn’t already know in saying that. He’s made himself a challenging set of songs that really highlight the production, editing and performance of defined-parts that really pop & standout, each in their own way. And whether we all like them or not…I’d say it’s safe to say that every sound you’ll hear upon Cinematic Dreams is one placed directly with intent…and if all the madness somehow makes sense to your ears, you’re hearing it all exactly as Jason Daniels intended it to be like and hears it himself, guaranteed.

Find out more from his official homepage at: http://www.jasondaniels.com

You can also find him at these online sources: 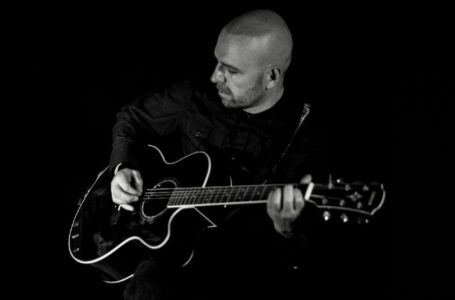