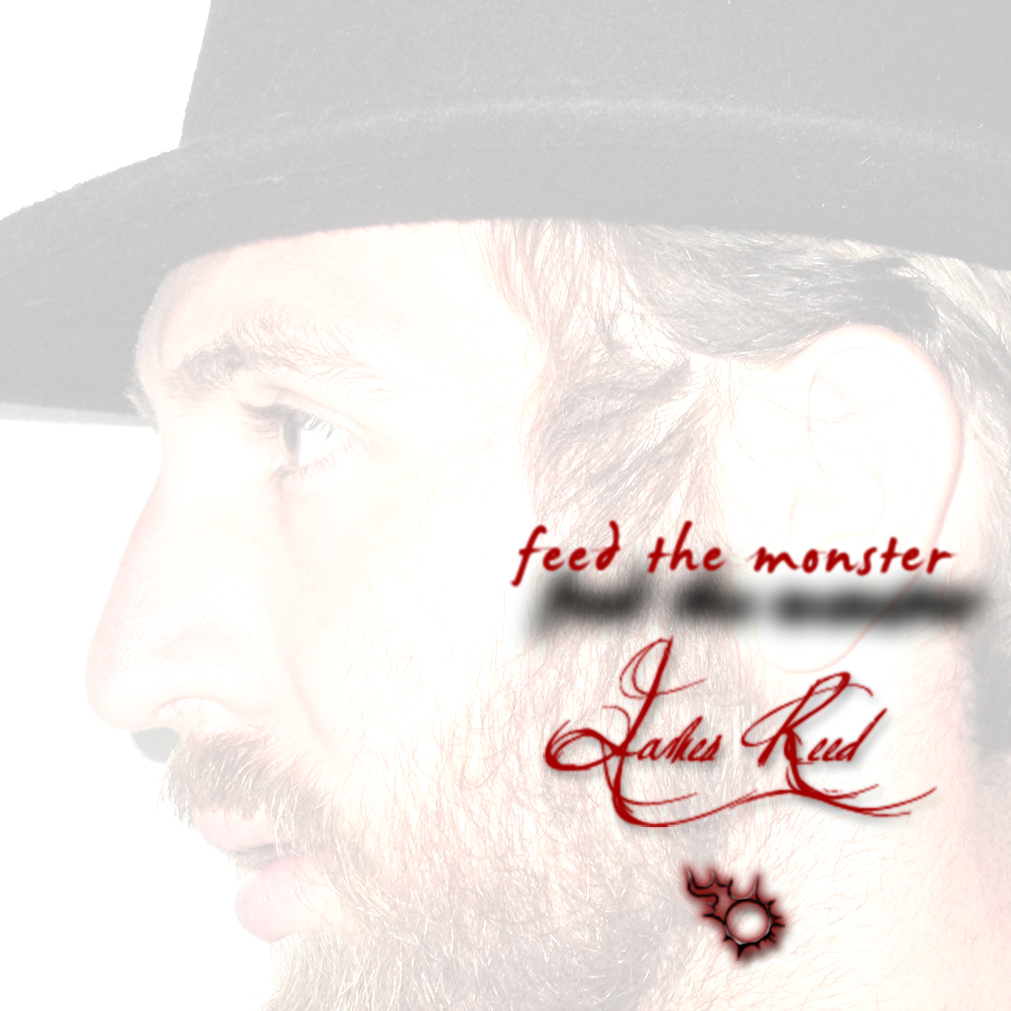 For better or worse, what you’ll respect most about the James Reed approach to hip-hop is that it’s inarguably a new one.  Over five new tracks, Reed takes you into the avant-garde side of the genre, pulling in a couple sounds you wouldn’t expect to find in the genre truthfully.  Whether they completely work or not…that might be another story…but the skill is measurable and the ambition seems to be unrestrained, without limits and in the full-pursuit of bringing art to the craft of hip-hop.

And you can’t deny the smoothness in the opening of “Problems” as the EP begins – that’s extremely inviting…hazy & dreamy through its vibe as the music fades-in and Reed starts up a chilled-out flow to match the energy in the music.  Dude actually sounds like a young version of Q-Tip at points in the verse – another point for Reed – any real hip-hop fan out there has respect for the genre and “Problems” nods towards the old-school approach to the genre where the music was as innovative as the rhymes themselves.  “Problems” has a great sound, great mix, solid flow from Reed – it’s a great start to the record really – the easy going vibe in the beat welcomes you right into the EP as James begins to push his perspective and thoughts into the mic & getting this new record rolling along comfortably immediately.

The approach, idea and style you’ll hear from Reed on the second track “Run” will also pop-up later in the Feed The Monster EP too – and really, a lot of the thoughts and ability to accept the James Reed sound relies on these two working for you.  Because here’s what you’re NOT used to – you’re not used to hip-hop without an actual beat – you’re just not.  I’m not, you’re not, NO ONE out there is…it’s just not something you see coming.  In the case of “Run” – you’ve got Reed spitting rhymes overtop of an acoustic-guitar…which…hmm…you know to be truthful, I’m not sure it worked for me personally – but I admire the idea…how about that?  I think what Reed’s doing here is extremely innovative in the genre – regardless of whether or not I think, or anyone thinks – “Run” sets the blueprint and template for a new idea in hip-hop music whereby it combines folk, indie & blues music into the music acoustically and the vocals come spilling out freely alongside it.  I’ve heard a lot of songs and styles in my lifetime, no doubt about that…and even though I know I haven’t heard it all – what James Reed is doing on “Run” is very, very new to me – and I certainly respect blazing the trail.  The structure of this freewheeling poem is completely provided by Reed…the guitar never leaves the music, but it’s the vocals that really provide the idea with a vehicle to your ears.  Some of the lyrics I dig more than others…I like the performance and sound of the vocals for sure…”Run” is largely absent of any audible hooks to pull you in other than the atmosphere of the entire track captivating your mind as a whole due to its difference within the hip-hop genre.

The flux between the more traditional beat/rhyme combinations and the acoustic-ideas takes some getting used to.  In my head, they’re separate ideas completely…and I’m not sure that they worked on the same record – but they’re clearly also both strong parts about this emcee’s music that he’s looking to represent in-full.  It’s tough for a song like “Run” to stand out in between the smoothness of “Problems” and the supercharged “Deliver Me/Needed Me RMX” that follows it – know what I mean?  “Deliver Me/Needed Me RMX” might be a track that sticks closer to the hip-hop playbook than some of the rest – but there’s also no denying that James Reed sounds incredibly inspired, hungry and confident on this cut.  This track has an incredibly energetic chorus that absolutely crushes it – the swell of the music and how it seems to breathe wild sound in & out of your speakers is masterful in the mix.  Keeping the vocabulary sharp and the flow complex but insightfully smooth to listen to – “Deliver Me/Needed Me RMX” is a real highlight on the Feed The Monster EP for both words & music – Reed is an animal on this one and has really set himself loose to go after it with a stunning performance.

I’ll put it to you this way…  Whether or not you end up thinking your favorite song is the acoustically-based rhythm & rhyme of “Buy Me A Tattoo” – you’ve still gotta appreciate how this embraces the roots of what the very idea behind RAP really is.  Rhythm And Poetry – remember?  Even though I feel like “Buy Me A Tattoo” kind of resembles what Bob Dylan would be like making a hip-hop record – the poetic nature to the words and sweet rhythm of the guitar – isn’t that still what the idea is all about?  I think it is – and I think this is a valid perspective.  I still think these are somewhat early ideas representing what has the potential to become a truly signature-style for James Reed – but I do admire just how courageous it is to write a song like “Buy Me A Tattoo” or “Run.”  Both of these songs have nothing else aside from the guitar to accompany Reed’s vocals – and it’s all on his shoulders to make these songs work.  Whether or not it’s hip-hop to you, or if it fits more comfortably under the wide-umbrella of spoken-word freedom – these tracks are completely trying new things you haven’t heard and I really think Reed could very well be onto the beginnings of a great idea building from here.

“Monster” immediately springs out of your speakers, again benefitting from the quiet-nature of the acoustic cut before it, this one stands-out quickly.  While he has that hazy, slurred-quality to the slickness of his tone – make NO mistake, this emcee is far from stoned-out in a cloud – he’s about as sharp as a rapper can get on the final cut of this EP.  The words come out flawlessly – and you can hear the confident grip on the mic as Reed works his magic from one side of this track to the other.  The roll & flow of the lyrics comes out at an impressive speed as Reed fits in about three-songs-worth of lyrics into one on “Monster.”  The hook in the chorus is solid, the music is haunting, hypnotic and melodic and the composition of “Monster” was a serious undertaking and creation – you can hear it.  One of the biggest, baddest, meanest & leanest – James Reed ends the record with resounding impact through the menacing rhythm & rhymes of “Monster.”

So…there we are.  I think James Reed has a lot of respect for the real roots of the idea in the hip-hop genre and it shows throughout this entire EP.  While it might be a little bizarre at first to hear a couple cuts with rhymes & no beat – the spoken-word flows, raps and rhymes of Reed continually entertain the mind and ears – and the ideas are all here.  I felt like Feed The Monster was insightfully imaginative, creative and NEW – and though not every cut on this particular record is stuffed full of easy-to-listen-to hooks, I maintain…I still think he’s onto something here.  Pretty sure we’ll always find something coming from this artist that will surprise us and sound brand-new and it’ll be interesting to hear what James Reed comes up with in the future…he’s got a ton of truly unique ideas and the real courage required to go after them and bring them to life – I got mad respect for that.